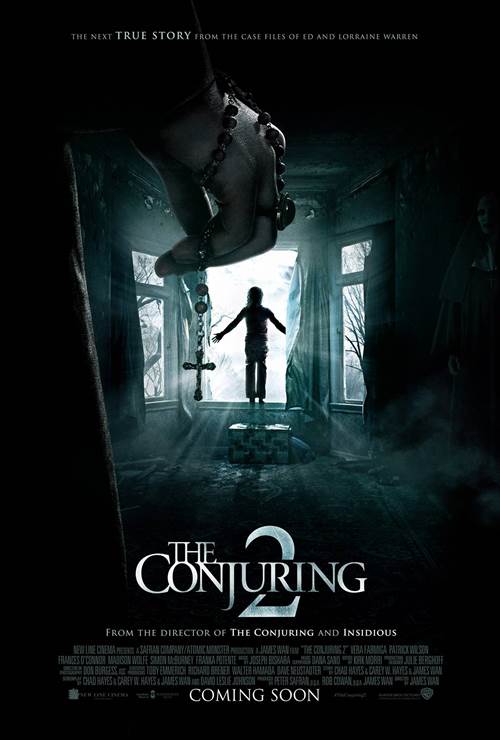 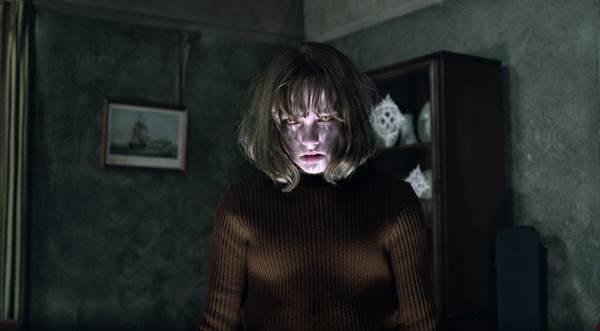 The supernatural thriller brings to the screen another real case from the files of renowned demonologists Ed and Lorraine Warren. Reprising their roles, Oscar nominee Vera Farmiga and Patrick Wilson star as Lorraine and Ed Warren, who, in one of their most terrifying paranormal investigations, travel to north London to help a single mother raising four children alone in a house plagued by malicious spirits.

Download The Conjuring 2 in Digital HD/4K from the iTunes store.

The Conjuring 2 images are © Warner Bros.. All Rights Reserved.


Win a Copy of The Conjuring 2 on Blu-ray From FlickDirect and Wa...  9/12/2016 2:54 PM EST
Are you a fan of horror films?  Were you scared out of your mind when you saw The Conjuring 2 in theaters this past June?  Well now is your chance town the Blu-ray combo pack for free!  In celebration of the home theater release Warner Bros. Home Entertainment and FlickDirect are offering one lucky winner the opportunity to win a copy of the film. To enter simply comment below about why you think ...  More>> 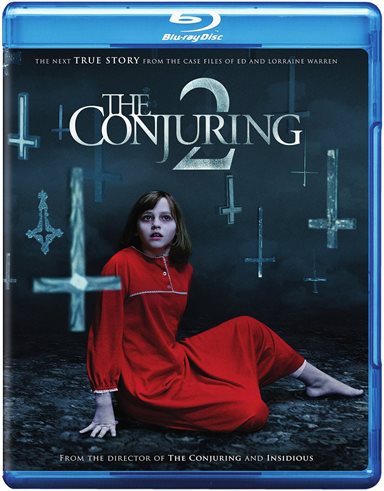 Let me preface this with a note to all who are reading this: I am not a fan of the Horror Movie Genre. The idea of getting scared in a theater because of a made up ghost or "presence" is ridiculous! I also find it amazing that people shell out $12/$15 to have a cat or something jump into the screen, so they can scream like a teenage girl (unless you're a teenage girl which go right ahead!) I really don't get it. Especially when the storylines are so incredibly weak! But what I do get is the BIG money being made on horror films! Don't Breathe has grossed almost $67 million this week and barely cost $10 million to make! The Conjuring 2 (which I'm about to review) cost $40 million to make and grossed over $319 million worldwide!! This explains why there are 6 Paranormal Activity movies! But why?  You can't tell me you believe in this stuff, cause if you do, how could you ever sleep ever again?

Which leads me to this week's release of The Conjuring 2 on Blu-ray! Like I said before, I'm not a horror fan, but there is one reason why I agreed to sit to take the 134 minutes out of my life, and that reason is Oscar Nominated Actress Vera Farmiga. Granted, Vera Farmiga for the last few years has cemented herself in the iconic role of Norma Bates in the TV series Bates Motel, but what drives an actress to a horror film, let alone a SEQUEL Horror film? I had to find out for myself.

This is the story of a reviewer in 2016 watching The Conjuring 2 on Blu-ray.

Based on True Events!

As I dimmed the lights in my living room, the Warner Brothers logo turned slowly into the New Line Cinema logo on my TV. I sat back, grabbed my pen and pad to write notes on, and as Vera Farmiga (who plays Lorraine Warren) starts talking, the camera backs up, showing the view is from the windows of the Amityville house. A story all too well known, especially if you grew up in the North!  Lorraine Warren & Ed, her husband (played by Patrick Wilson) are trying to contact the demonic presence in the house. While reenacting the murders, she follows the vision of a boy who leads her to the demon in charge, a creepy nun, who startles the crap out of Lorraine.

The titles roll as the rain falls outside my house. Music kicks off as we're obviously in England in the 70s… 1977 to be exact. This little girl named Janet and her friend made a little Ouija board and Janet and her sister start asking the board if there are any spirits out there that want to talk to them. So, already, they are asking for trouble! Janet wakes up downstairs, far from the bed she went to sleep in and her sister hears some loud banging on the door, which starts freaking the hell out of my dogs barking at the screen. The rain has stopped outside so I pause the movie & let the dogs out back. As with all horror movies, these small creepy events build up. None creepier than the toy the kids are playing with - a Zoetrope animation toy with a Crooked Man that has a cute sing along rhyme to go along with it. The brother looks out the window to find a swing swinging by itself and as I turn to the right I see 2 faces in the darkness outside my glass sliding door. Damn, I forgot to let the dogs back in! "THIS IS MY HOUSE!", Janet said in a creepy voice to her sister. I write on my pad "Corny same stuff, I hope this gets better".

On the other side of the globe, Lorraine is checking out a creepy ass painting of "The Nun" her husband painted. It seems as if Ed has a fascination with painting their cases. And then it happened. In a quick turn, a shadow crossed the room to the nun and the painting charged Lorraine in a really cool effect that had me backing up the Blu-ray to watch it again.

Once the house in Enfield gets more attention from the press and police, the church gets involved and they ask Lorraine and Ed if they would go check it out and see if there is any validity to the claims that possession is involved.

I reached over and grabbed the remote and …

It happened. Somehow I was watching a horror film willingly, and not thinking it was total crap! NOW THAT'S SCARY!!!

I have to give up props to Director James Wan for taking this story and not chopping it down to a cheesy 90-minute scare-gag fest with cats jumping out to scare teenagers. There really is a storyline and some acting to be had in this one, not to mention some really cool visual effects. In fact, it had me so interested in the story I ended up googling information on Ed & Lorraine Warren and their cases over the years.  While I'm not one to think Ghosts and Demons possessing people actually happens and mainly side on the idea they are fodder for the Scooby Gang to catch (and even then someone real is usually behind the case), this film kept me hooked to the very end.

That being said, I would like to pick a dual beef I have with the studios and a warning for all those who like seeing these films. First, movie trailers show way too much of these films for anyone to be surprised at anything during the film, but one of the most sacrilegious things to me is when a trailer shows the final scene of the film. It's even worse with this one because the poster shows part of the final scene, as well. Secondly, foreshadowing!!!!! It's one thing to give a small hint of something that's to come, but, these days, it seems as if you shove an item in our faces blatantly four or five times and then expect us to be surprised when it becomes a major factor.  Like we didn't know the Crooked Man was going to come for someone at some point??

Beyond the film itself, this Blu-ray edition comes with all kinds of goodies including the obvious deleted scenes, a Corny Ghost hunters-like piece called The Conjuring 2: Hollywood's Haunted Stage, along with featurettes like The Sounds of Scary, Creating The Conjuring 2 and The Enfield Poltergeist: Living The Horror, which reunites the real Janet and her sister with Lorraine Warren all these years later.

To sum it all up, if you're not a big horror film fan, you'll find that the film is definitely entertaining, if just for the storyline and effects alone. It's definitely worth checking out. Now, if you're a horror film fanatic, this is totally right up your alley! You're gonna love it! It's a sure buy on Blu-ray!

I give The Conjuring 2 Blu-ray Edition 3 stars out of 5. It's not a Silence of the Lambs, but it totally had my attention for 134 minutes and keeps my theory of staying away from nuns intact!