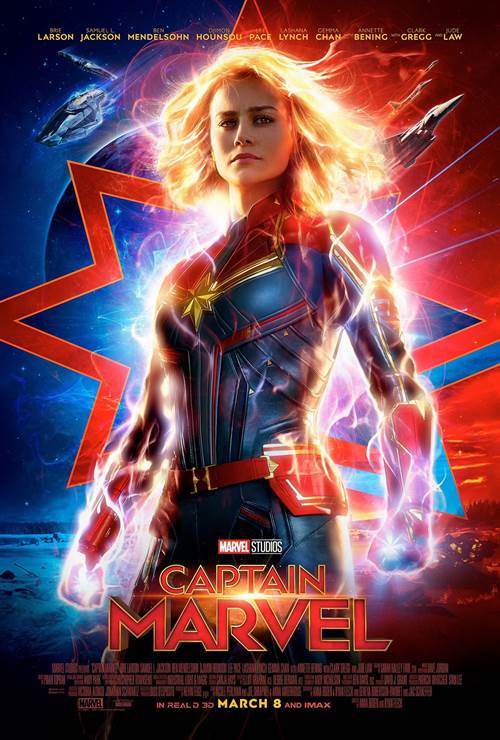 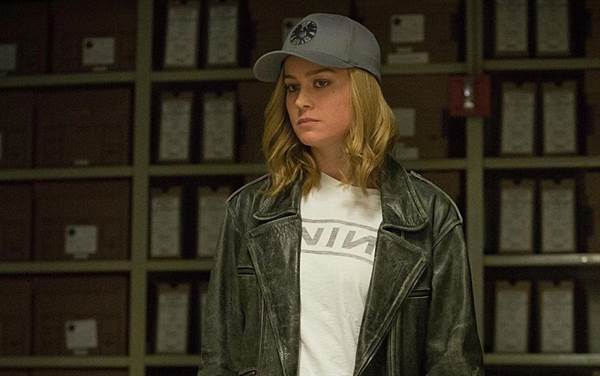 Set in the 1990s, Marvel Studios’ “Captain Marvel” is an all-new adventure from a previously unseen period in the history of the Marvel Cinematic Universe that follows the journey of Carol Danvers as she becomes one of the universe’s most powerful heroes. While a galactic war between two alien races reaches Earth, Danvers finds herself and a small cadre of allies at the center of the maelstrom.

Download Captain Marvel in Digital HD/4K from the iTunes store.

Listen to the Captain Marvel soundtrack on Apple Music.

Enter For A Chance To Win A Pass For Two To A Special Advance Sc...  2/23/2019 9:55 PM EST
Last Spring audiences got a tease of what was yet to come in the Marvel Cinematic Universe when the end credits of Avengers: Infinity War showed us a snippet of Brie Larson as Captain Marvel.  After almost a year of waiting we will finally get to see her portray Carol Danvers when CAPTAIN MARVEL heads to theaters this March and FlickDirect, in conjunction with Marvel Studios, has some IMAX advance...  More>>

Pinar Toprak to Score Captain Marvel  6/15/2018 11:15 AM EST
Pinar Toprak has been chosen to score "Captain Marvel", the first female composer to score a major comic-book movie.Toprak is no stranger to the superhero genre, having composed for the first season of SyFy's "Krypton", as well as doing work on "Justice League"."It's an incredible honor to be a part of the Marvel Universe…. I have so many people to thank for helping me on this journey but first an...  More>> 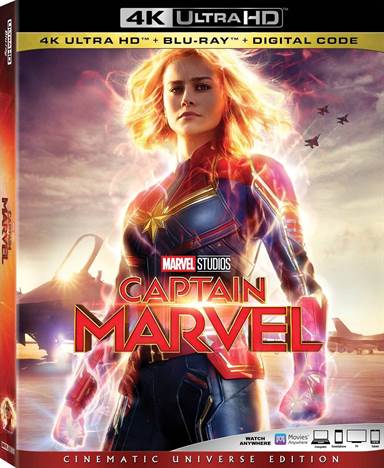 It took over a decade, but Marvel has released its first female-driven superhero film, Captain Marvel, to audiences around the world this March, a month before their climactic conclusion of the final first phase of the Marvel Cinematic Universe.

Captain Marvel takes place in the 1990s, and follows the story of Carol Danvers (Brie Larson; Kong: Skull Island) as she struggles to find out her past since she has been brainwashed to believe she is one of the Kree, who are in a noble battle trying to wipe out the race of Skrulls from the universe.

While Captain Marvel is notably the origin story of its title character, it is also a quasi-origin story of  Nick Fury (Samuel L Jackson; Shaft) and Agent Phil Coulson (Agents of S.H.I.E.L.D.). They along with newcomers Ben Mendelsohn (Robin Hood), Jude Law (Fantastic Beasts: The Crimes of Grindelwald), Annette Bening (America Beauty), and Lashana Lynch (Bulletproof) are all amazing in their respective roles giving Captain Marvel great performances that normally is not needed in this genre of film. The most memorable performance isn't, however, from a human being, but a little furry cat called Goose. He literally steals the show and also explains something that Marvel fans have been curious about since the first Iron Man.

The directors, Anna Boden (Billions) and Ryan Fleck (Billions), did an amazing job re-creating the 1990s, from the Blockbuster video store to the Windows 3.1 operating system. Everything was done to make you feel like you were in the 1990s. Even the style of directing they choose was a harkening back to filmmaking of that era. The result, with an amazing script and group of actors, made this one of the most fun, and appealing stories Marvel has produced in quite some time.

The video, presented in 2160p in its original aspect ratio of 2.39:1 with HDR, has a lot more detail, vivid colors, and less dark tones that its 1080p counterpart. Textures that were not seen originally now come through and certainly add a lot of value to the video presentation.  The audio presweetened in Dolby Atmos gives a slight uptick to the  7.1 PCM soundtrack found on the Blu-ray. The Dolby Atmos track is much fuller and envelopes a much wider area with the height speakers added.

To get the best audio and video quality out of the 4K release, Disney has relegated all special features to the Blu-ray disc contained in the package.  This includes a quick Intro, Becoming a Super Hero, Big Hero Moment, The Origin of Nicky Fury, The Dream Team, The Skrulls and the Kree, Hiss-Sterical Cat-Titude. All the special features that are all under 5 minutes in length, a gag reel and an 8 minute deleted scenes reel, that actually shows that these were better off all left on the cutting room floor. There is also an audio commentary on the Blu-ray disc, but you have to watch the film downgraded to 1080p to hear it.

While it has been a very long time in coming, this female-led comic book film is superb in every way possible. It brings us back to a great time period in our history, a semi-origin story for Nick Fury, the return of Agent Phil Coulson, some amazing 90s alternative music, and the addition of a fun, snarky superhero that will hopefully be driving the next phase of the Marvel Cinematic Universe.  I hope, one day, we get one more film set in the 90s that helps flesh out Nick Fury and Carol Danvers story even further but for now fans will just have to content with this one.