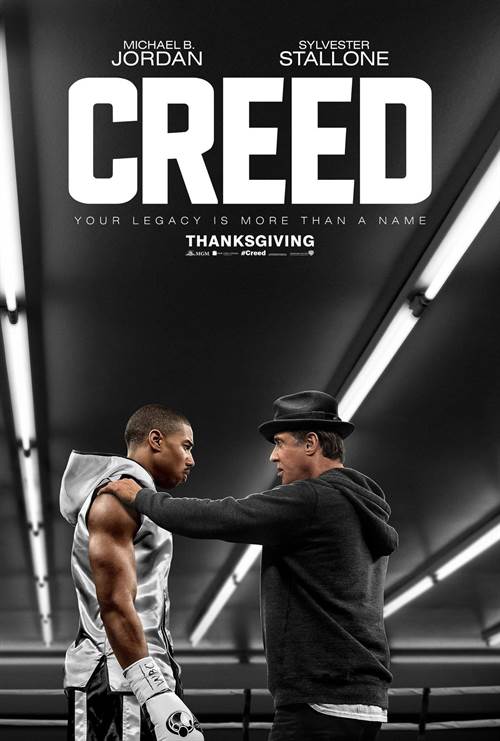 Adonis Johnson (Michael B. Jordan) never knew his famous father, world heavyweight champion Apollo Creed, who died before he was born. Still, there’s no denying that boxing is in his blood, so Adonis heads to Philadelphia, the site of Apollo Creed’s legendary match with a tough upstart named Rocky Balboa. Once in the City of Brotherly Love, Adonis tracks Rocky (Sylvester Stallone) down and asks him to be his trainer. Despite his insistence that he is out of the fight game for good, Rocky sees in Adonis the strength and determination he had known in Apollo—the fierce rival who became his closest friend. Agreeing to take him on, Rocky trains the young fighter, even as the former champ is battling an opponent more deadly than any he faced in the ring. With Rocky in his corner, it isn’t long before Adonis gets his own shot at the title…but can he develop not only the drive but also the heart of a true fighter, in time to get into the ring?


Creed II Begins Production in Philadelphia  4/2/2018 3:46 PM EST
MGM and Warner Bros. Pictures' Creed II began production today in Philadelphia. The film is the sequel to 2015's Creed and continuation to the Rocky Franchise. "When I wrote and directed Creed, I wanted to tell a human story about a family from a new... | Full Article

Sylvester Stallone to Direct Creed 2  10/10/2017 4:58 PM EST
Sylvester Stallone has announced that he will be directing the upcoming sequel to Creed. Stallone took to Instagram to make the announcement, saying, "Looking forward to directing and Producing The incredibly talented Michael B Jordan in CREED 2 next... | Full Article

Sylvester Stallone Won't Be Involved in First Blood Remake  7/17/2017 2:59 PM EST
Sylvester Stallone has officially let everyone know that he will not be taking part in the remake of First Blood.  Rumors have been swirling around the Tiger Shroff project, but now we can lay those to rest.Stallone commented through a spokesperson, ... | Full Article

Creed Sequel Set with Possible Late 2017 Release  1/11/2016 5:05 PM EST
It has been reported that the sequel to "Creed" will most likely be released by MGM in November 2017."Creed" has grossed more than $105 million domestically and even earned Sylvester Stallone an award at the Golden Globes for best supporting actor. S... | Full Article