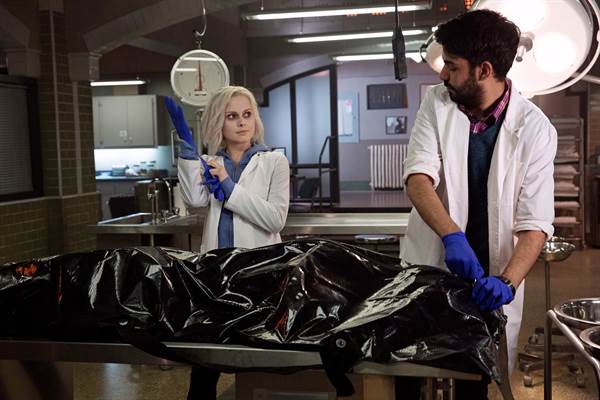 Olivia “Liv” Moore was a rosy-cheeked, disciplined, over-achieving medical resident who had her life path completely mapped out…until the night she attended a party that unexpectedly turned into a zombie feeding frenzy.

Download iZombie in Digital HD/4K from the iTunes store.


FlickDirect Talks to The Cast of iZombie at Comic Con 2015  7/20/2015 2:09 PM EST
If you don't watch the CW, you may have been missing out on the latest addition to the zombie universe. iZombie is loosely based off the comic book series and adapted by Rob Thomas (known for writing the screenplay for the Veronica Mars movie and the reboot of 90210) and Diane Ruggiero (who worked on The Ex List and Veronica Mars). Basically, the premise is, a girl named Olivia Moore is turned int...  More>> 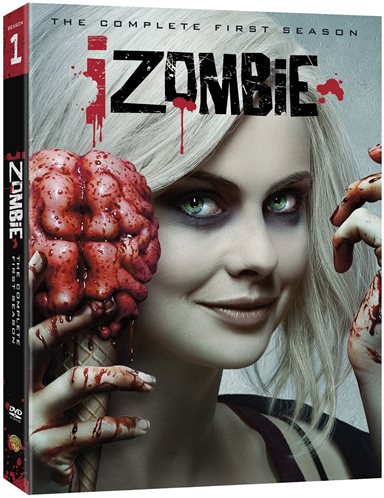 It seems, these days, zombies have replaced vampires as the most popular monster in pop culture. Zombie films, video games, and television shows have saturated our society so much it's easy to dismiss most of them. But then sometimes, just sometimes, a show like iZombie comes along and makes you revisit the entire genre.

iZombie, which is based on the DC Comics Vertigo comic book series of the same name, tells the story of Olivia "Liv" Moore (The Lovely Bones, Masters of Sex), who had an unfortunate accident at a boat party that turned her into a zombie. Trying to deal with her new life as a Zombie, Liv takes a job at the city morgue to to stay busy as well as get her food of choice, brains. It is through this job she finds her new purpose in life, helping the police department solve homicide crimes through her ability to see the victims life after she has fed on their brain.

iZombie can easily be summarized as a cross between Buffy the Vampire Slayer and Veronica Mars. If you like either show, it's a good bet you will easy sink your teeth into this one. The dialog is sharp, witty, and fits the situations perfectly. Yes, at times, the jokes are corny and the action slapstick, but at most times, it just, well, works. While most episodes do help move the overall arching story forward, some of the "murder" of the week plots do get a bit tedious. Hopefully, as the show moves along during season two, there will be less of these types of episodes.

Rose McIver, and the show's supporting cast, including Malcolm Goodwin (Run All Night, American Gangster), Rahul Kohli (The Vacancy), Robert Buckley (One Tree Hill, Lipstick Jungle), and David Anders (The Vampire Diaries, Alias) have very good chemistry across the acting spectrum -- during the most dramatic elements and also the most comedic ones.

While, unfortunately, iZombie was only released on DVD and not Blu-ray, the set still includes a nice set of features to satisfy your hunger, including deleted scenes from select episodes and also the 2014 iZombie San Diego Comic-Con panel. While the DVD only supports a 480p picture with 5.1 surround sound, the picture and the sound are the best they can be with this limited medium.

While season one of iZombie was hampered with a short show run, season two of the show should hopefully get a few more episodes in, and from what I have seen so far of the show, it's running legs are very long. I hear that in season two, we may see more of the mythology side of things, which could be really interesting to add to the mix. If you have never watched iZombie before, do yourself a favor and watch the show's pilot episode. You will get hooked immediately, I promise.  Season two began on October 6, so be sure to catch it on CW!