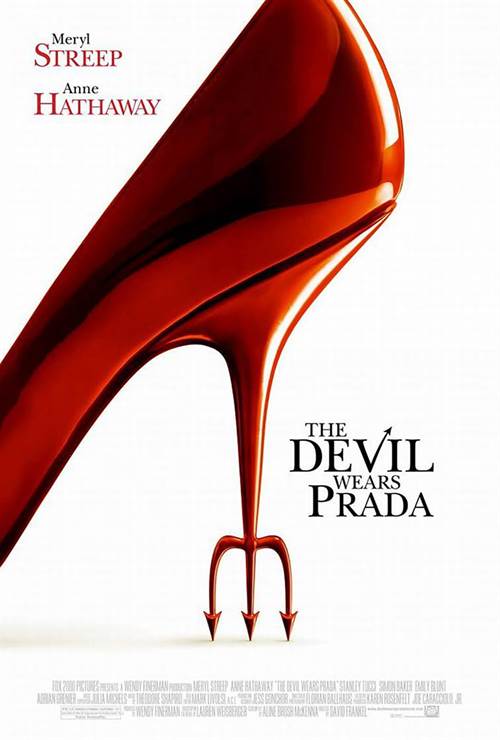 Based on the hilarious best-selling novel, this sinfully funny movie stars Academy Award® winner Meryl Streep and Anne Hathaway. As assistant to impossibly demanding New York fashion magazine editor Miranda Priestly (Streep), young Andy Sachs (Hathaway) has landed a job that "a million girls would die for." Unfortunately, her heaven-sent appointment as Miranda's personal whipping girl just might be the death of her!

Stream The Devil Wears Prada in Digital HD/4K from the AppleTV store. 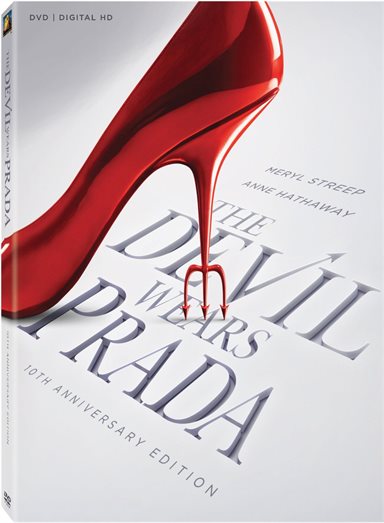 It's hard to believe it's been ten years since The Devil Wears Prada hit theaters and became a guidebook of fashion for women everywhere.  Based on the best selling book by Lauren Weisberger, the movie of the same name shines a spotlight on the world of fashion, and unbearable bosses, while showcasing the plight of a working girl in New York City.  In celebration of the 10th anniversary, Twentieth Century Fox has released the film as a special edition DVD and Blu-ray.

Andy Sachs (Anne Hathaway; The Dark Knight Rises) is fresh out of college and looking for her first job writing for a magazine.  When she is offered a position as an assistant to the Editor, Miranda Priestly, (Meryl Streep; The Bridges of Madison County) of the high Fashion magazine, Runway, she has no idea what she is in for.  Miranda is demanding, insulting, rude, unforgiving and seemingly uncaring.  As Andy adapts to this new-found world she finds her self in, she loses herself as she climbs the ladder to success.  In the end, she has to reevaluate her priorities to figure out what she really wants.

Besides a strong script, good directing and fabulous clothing, the real beauty of this film is the cast.  Hathaway is great as the intelligent, yet simple, country girl turned fashionista, and Streep is magnificent as the overbearing, yet soft spoken, boss.  Surrounding them are a number of truly talented performers including Emily Blunt  (Edge of Tomorrow) as Emily, Miranda's other long term assistant who dreams of living in the world of fashion, and the always fabulous Stanley Tucci (The Hunger Games) as Nigel, one of the magazine's assistant editors.

The newest DVD has a number of special features including commentary, some fairly interesting deleted scenes, a digital hd copy of the film,  and a not so funny gag reel.  There is also a section of "featurettes" that includes a look at Patricia Fields, the costume designer for the film; Getting Valentino describing how the fashion designer's cameo in the movie was necessary in legitimizing the movie in the fashion world, and a look at filming in New York City.  With over 30 minutes of extras, anyone remotely interested in fashion will enjoy the added features.

While slightly shallow and scathing at times, the movie takes a harsh look at the Fashion industry and doesn't always paint it in the best light.  It also examines the all too real moral dilemma of compromising one's ethics to get ahead in business.  However, while conveying these messages, the movie still manages to entertain and give the viewer a few laughs.

For those who love Hathaway and Streep, or High Fashion and good story telling, this film is a great addition to their collection.