Home / Movie Database / The Man in the High Castle 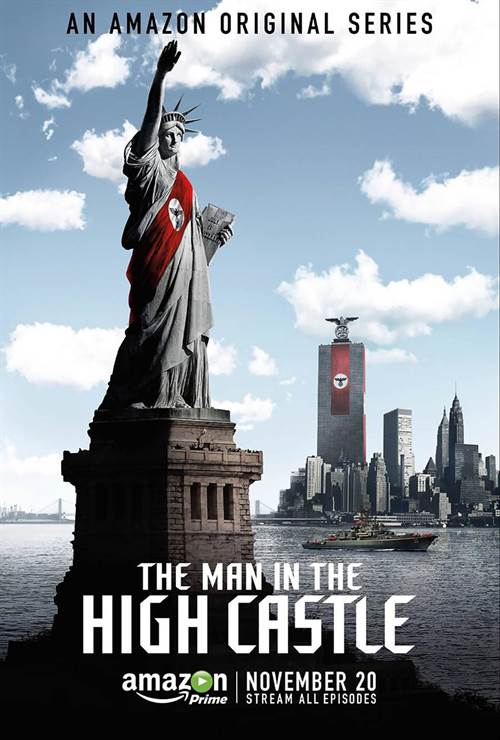 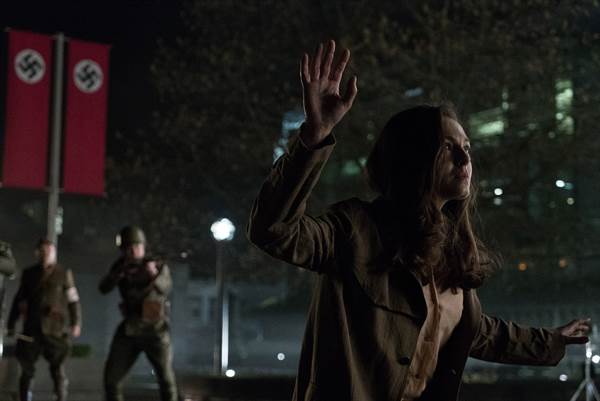 Based on Philip K. Dick's award-winning novel, and executive produced by Ridley Scott (Blade Runner), and Frank Spotnitz (The X-Files), The Man in the High Castle explores what it would be like if the Allied Powers had lost WWII, and Japan and Germany ruled the United States. Starring Rufus Sewell (John Adams), Luke Kleintank (Pretty Little Liars), and Alexa Davalos (Mob City).

Purchase DVD/Blu-ray/4K UHD physical copy of The Man in the High Castle today at Amazon.com

The Man in the High Castle images are © Amazon Studios. All Rights Reserved.


The Man in the High Castle to End After Fourth Season  2/19/2019 2:48 PM EST
Amazon announced today that "The Man in the High Castle" will end after its fourth season. Executive producer Isa Dick Hackett said, "It has been a great privilege to work alongside our extraordinary ‘High Castle' team, in partnership with David Zucker and Scott Free, to bring my father's classic novel to life, particularly during this tumultuous period in our real world. I believe fans will be th...  More>>

The Man in the High Castle Series Review 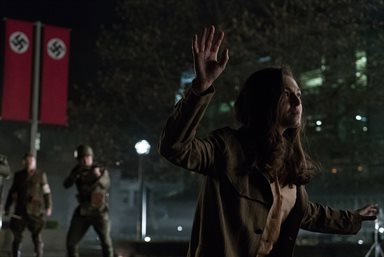 Travel back to the past in an alternate reality that is so horrifying that you can't take your eyes from the television screen.   So many of the dystopian shows are based off recent and current novels, taking place at some unspecified futuristic time frame,  mostly after World War Three, and aimed at the teenage population.  The Man in the High Castle is a dystopian television show but, for a change, it's based in the past- and aimed at adults.  The show's setting- for the most part – is the United States of something- the East Coast is under the Nazi Regime and the Pacific states are under Japanese rule.  The middle of the U.S. is a buffer zone and if Season Two has it's way, it's about to get dicey between the two Axis forces that seemed to be at peace with one another in Season One.

In the Season Two premiere, we watch our favorite characters wrestle with decisions that they've made and ones they still need to make.   Juliana (Alexa Davolos; Clash of the Titans) flees the Resistance to save her home; Frank (Rupert Evans) tries to save Ed's life; Smith (Rufus Seawell; Dark City) worries about his son; Joe (Luke Kleintank; Person of Interest) faces his father in Berlin; and the most interesting of all is Tagomi (Cary-Hiroyuli Tagawa; Kubo and the Two Strings ), the Japanese Trade Minister, who has conflicting thoughts after seeing images of World War II ending as we here in reality- and watching the show- know history as it really happened.

Philip K. Dick wrote the original novel in 1963 and Amazon's Original Television Series is loosely based off Dick's novel.  Set in 1962, the United States is torn apart, literally in half, after losing World War II.   At this point, the title of the book and the television show, The Man in the High Castle is a mystery, as are the films highly sought after by both the Resistance and the Nazi Regime.  Who is the Man in the High Castle and why does he want these films?  There is some insinuation that the films show people's actual deaths but no one knows for sure.  The mystery alone surrounding both the identity of the man and the reason for the value of the films is enough to keep one coming back episode after episode.

It's interesting to watch an alternate reality that, if had really come to fruition, would have impacted the world so ferociously.   The unique perspective really sheds a different light on the world and the freedoms we enjoy in the US become more and more apparent watching the totalitarian regime that strips away our inherent rights.  Amazon has done an amazing job bringing television viewers of the present into a past that never happened- but could have happened- and keeping their attention throughout the 50 or so minute episodes.

The Man in the High Castle deservedly won 2 Emmys for Season One and if you haven't watched it, hurry up and get Amazon or watch though Amazon prime because the Season 2 premiere is fast approaching - December 16, 2016.    I personally cannot wait to find out more clues about who The Man in the High Castle is. Does he exist, is it a he, and is it a person at all?  How does the Japanese Trade Minister see the alternative future where the Allied Forces won the war?  And my last edge of the seat question- is Smith really a dedicated Nazi because there's just something about his character that makes me think he's really not so dedicated.

Talk about an original - Amazon has really created a unique television show that is so captivating with the subplots and characters taking on a life of their own.

Don't miss the December 16, 2016 premiere of The Man in the High Castle on Amazon.