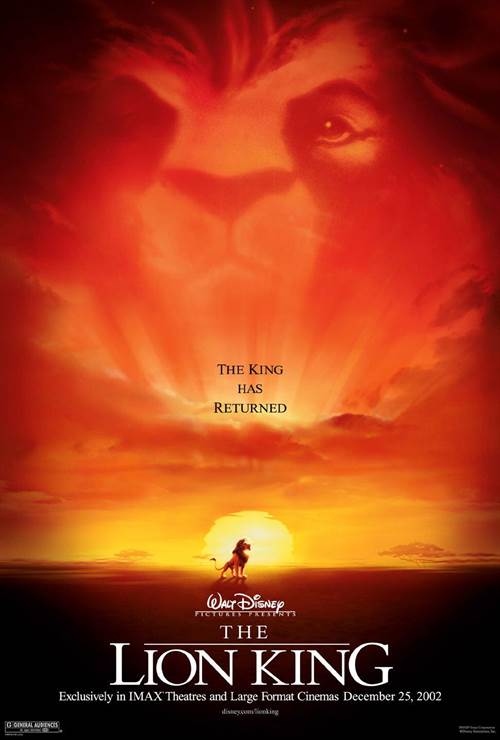 An unforgettable story, breathtaking animation, beloved characters, and Academy Award(R)-winning music (Best Original Score, 1994; Best Song, "Can You Feel The Love Tonight") set the stage for the adventures of Simba, the feisty lion cub who "just can't wait to be king." But his envious Uncle Scar has plans for his own ascent to the throne, and he forces Simba's exile from the kingdom. Alone and adrift, Simba soon joins the escapades of a hilarious meerkat named Timon and his warmhearted warthog pal, Pumbaa. Adopting their carefree lifestyle of "Hakuna Matata," Simba ignores his real responsibilities until he realizes his destiny and returns to the Pride Lands to claim his place in the "Circle of Life."

Favreau to Direct Live Action Lion King  9/28/2016 12:10 PM EST
Jon Favreau will once again be collaborating with The Walt Disney Studios for a reimagining of The Lion King.  After the success of making other live action films out of animated classics such as Maleficent, Cinderella and The Jungle Book, the news c... | Full Article

Allison Rose
Whether you are young or old,  The Lion King  is a wonderful film that deserves to be enjoyed over and over again. With better picture and audio quality, and new extras, any fans should pick up this latest version.
Full Review | Grade: A