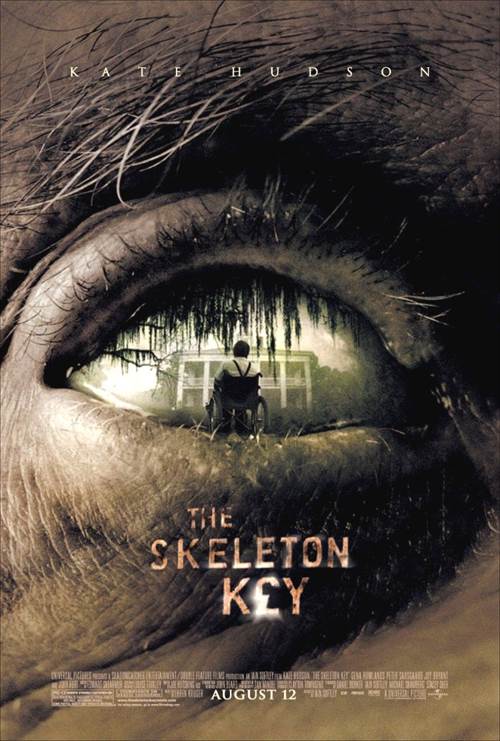 Deep in the marshes and bayous of southern Louisiana, a little known culture of strange rites and rituals has existed for generations. For those secure in their skepticism, these practices are easily dismissed as colorful superstition, borne from the crucible of influences from Africa, France, the Caribbean and Spain. But for those who cross the dark threshold into belief, these forces of good and evil are tangible, powerful ... even deadly.

For once you believe, everything you fear becomes real.

Strong-minded Caroline Ellis (Academy Award nominee KATE HUDSON) is a driven young woman with no time for local tales of witchcraft and black magic. n if it means taking a job as a live-in caretaker for the elderly owner of an isolated plantation house an hour’s drive outside of New Orleans…deep in the atmospheric Louisiana delta renowned for the locals’ mystical practices and powerful ceremonies. The decrepit Terrebonne Parish mansion is home to born-and-bred Southerners Violet and Ben Devereaux (Gena Rowlands and JOHN HURT) and both the house and its occupants seem weighted with somber histories. But for Caroline, the setting is unimportant -- she’s there to do her job, caring for Ben after the stroke that has left him nearly paralyzed and mute.

To make maneuvering throughout the large home an easier task, Violet entrusts the new live-in with a skeleton key that unlocks every door…including one that Caroline discovers obscured by a bookcase at the back of the house’s attic. Seemingly forgotten, the room holds an intriguing mix of antiques, mirrors oddly banished from the rooms below and artifacts apparently connected to the practice of a strange kind of magic -- a folk magic that conflicts directly with Caroline’s common sense and pragmatic way of thinking.

And yet, small instances of the unexplainable begin to occur. The mansion -- and the strange couple who inhabit it -- are rife with secrets. The more Caroline explores, the deeper she is drawn into a darkening mystery in the attic room at the very heart of the house ... towards a terrifying and sinister legacy that threatens to take vengeance on anyone who comes to believe in its power.

As Caroline begins to question her own convictions, she comes ever closer to opening the door and crossing the threshold to where simple belief becomes deadly reality.

The Skeleton Key images are © Universal Pictures. All Rights Reserved.