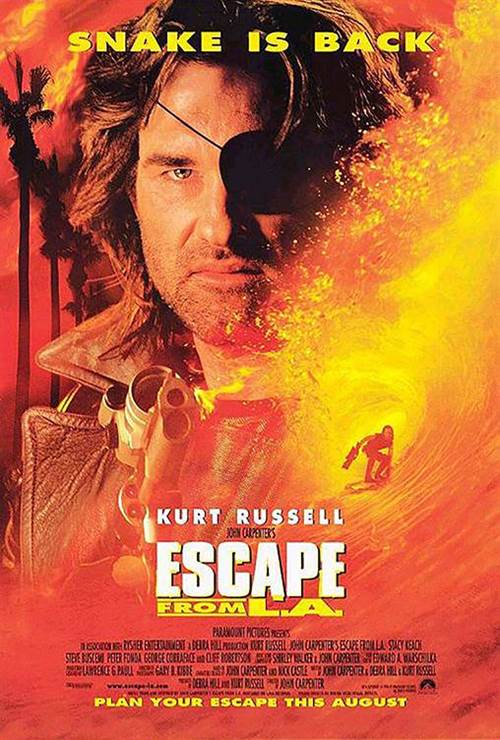 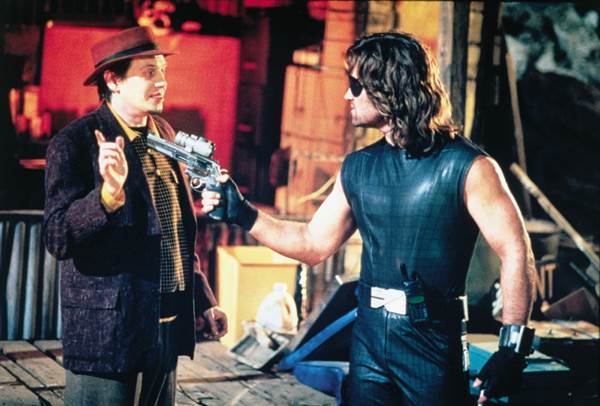 Snake Plissken (Kurt Russell) resurfaces fifteen years after his escape from New York into Los Angeles to find little hope after a devastating earthquake has left the city an island inhabited only by warring gangs, outcasts, and miscreants.

Snake has been injected with a genetically engineered virus that will kill him in 10 hours unless he takes its antidote, must capture the President's daughter, and return the top-secret "Black Box" she stole from a space defense lab. Only after Snake delivers the secretive Black Box and Utopia back to the President will he receive the viral antidote he so desperately needs and be fully pardoned of every immoral act he's committed in the United States. As Snake comes to know just what's contained in that Black Box he realizes that whoever holds it, holds the fate of the very world in his or her hand.

Escape From L.A. images are © Paramount Pictures. All Rights Reserved.


Escape From New York Reboot In the Works  3/18/2013 4:41 PM EST
"Escape From New York", the action film that starred Kurt Russell back in 1981, will be getting a reboot.Joel Silver‘s Silver Pictures has teamed up with Studio Canal to launch a new franchise about Snake Plissken, a convict who lives in a prison tha... | Full Article

Allison Rose
If you have never seen this sequel, I suggest you don’t compare it to Escape from New York, because they are as different as the two movies could be.
Full Review | Grade: C