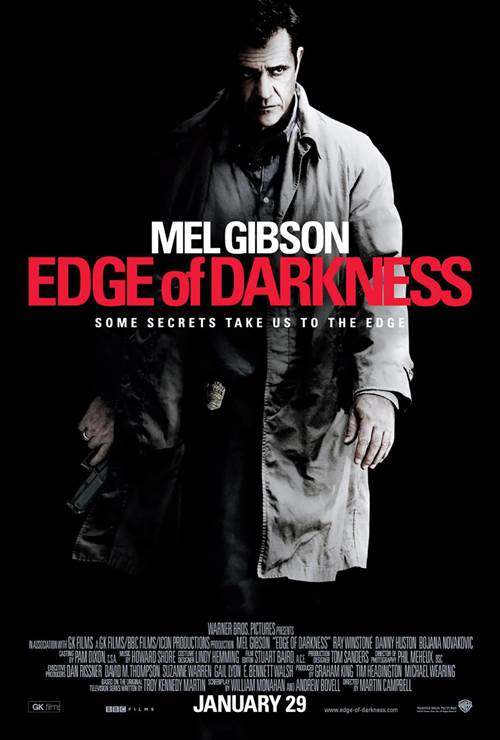 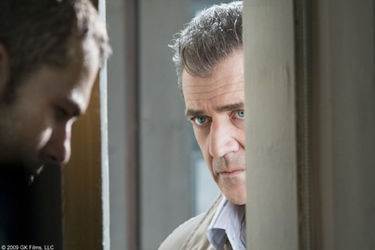 The bullet that killed his daughter was meant for Boston cop Thomas Craven. That's what police brass and Craven himself think, but that's not what the investigation finds. Clue after clue and witness after witness, the search leads him into a shadowy realm where money and political intrigue intersect. If Craven wasn't a target before, he ' and anyone linked to his inquiry ' now is. Mel Gibson stars in his first screen lead in eight years, making Craven's grief palpable and his quest for payback stone-cold and relentless. Martin Campbell (Casino Royale) directs from a screenplay co-written by The Departed's William Monahan. Gibson is back, taking us to the edge'and into the sinister darkness.

Stream Edge of Darkness in Digital HD/4K from the AppleTV store.

Listen to the Edge of Darkness soundtrack on Apple Music.

Edge of Darkness images are © Warner Bros.. All Rights Reserved. 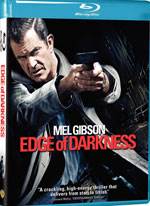 In the beginning she appears in one of those sorts of home movies that you know no real parent ever takes of their children.  It is the sort of Hollywood home movie that depicts a pure frivolity and innocence, to contrast with the moment to come in which the parent, and we by proxy, lose these things.  I assume she is already dead, and we will see that moment in the very next scene.

For if you previously encountered any marketing for this film at all at all, such as the cover box art, you know that Edge of Darkness is a revenge movie, and she is Detective Ray Winstone's (Mel Gibson, Ransom, Braveheart) daughter, and therefore is destined to only live briefly, shortly to become a lens to focus his rage.  All of Mel Gibson's best work has been done in the field of rage.

Before we can be satisfied by the gift of our lens, we walk through a series of small, but clever misdirections.  Here is the real talent of this film, shining most clearly through the choice of shots and careful withholding of details that would otherwise give everything away to the knowledgeable filmgoer.  A familiar device becomes unfamiliar, and suddenly familiar again; a conversation in the language of politics and platitudes breaks the illusion and becomes deeply personal.  Without further information I would attribute many of these gratifying surprises to director Martin Campbell (Casino Royale, and the BBC miniseries on which Edge of Darkness is based).

Among these surprises are the characters.  Even minor antagonists, seemingly falling into recognizable tropes from a million other films, shapeshift on-screen into something you don't quite expect.  Scenes among the major antagonists tease the plot without revealing too much by way of their own internal rivalries and conflicting agendas.  On the subject of the plot, it is not too simple nor too complicated, like so many other conspiracies, but indeed consciously comments on the excesses in either direction of so many conspiracy thrillers.

One pleasantly unsuspected character, especially for someone who has come to expect certain things from Mel Gibson, is Ray himself.  At several points in the film, dialogue alludes to a certain harmony of behavior between Ray and his daughter, Emma (Bojana Novakovic, Drag Me To Hell).  Only late in the film is it apparent how carefully Ray, in his pursuit of the truth, reflects Emma's own method pursuit, even though it might lead to his downfall.  They are alike even in their modes of desperation.

If anything, the ending is too satisfying and too conclusive.  This is likely an artifact of its original form, a miniseries, and for an actor whose most recent work has been decidedly in a creative rut, adaptation was a perfect new direction.

Blu-Ray transfer: Video and audio transfer are both of high quality; I have no complaints.  The high dynamic range afforded by Blu-Ray audio codecs is much appreciated here.

Special features: The deleted scenes are short, and include alternates that were the right choice for exclusion.  Other featurettes on the making of the film, also brief, focus on Gibson and Campbell, most interestingly interviewing Campbell on the circumstances surrounding the development of the original miniseries.