Fraternal twins Kyle and Peter accidentally discover they’ve been living with a lie all their lives. The kindly man in the photo on their mantle isn’t their father after all, but an invention their mother (Glenn Close) concocted to conceal the truth: that she actually doesn’t know who their real father is. See, it was the seventies, and things were crazy, and…well, you know.

Download Father Figures in Digital HD/4K from the iTunes store. 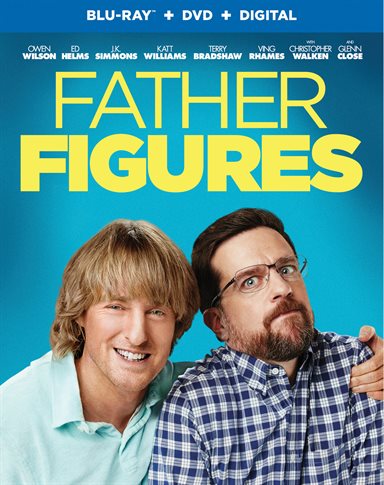 The 1970's were a wild time.  Drugs, partying, and wild sex… it was rampant and everywhere.  And Helen (Glenn Close; Damages) was a part of it all.  She had multiple partners and wasn't quite sure which one of them could have fathered her twin boys, Kyle (Owen Wilson; Wedding Crashers) and Peter (Ed Helms; The Hangover).  Forty plus years later, the guys, now grown, are on a quest to find the man they never knew.  Father Figures from Warner Bros. Home Entertainment takes them throughout the country in this comedy about paternity.   This week it comes to stores on Blu-ray and DVD.

Robert idolized his father – or at least what he thought was his father.  The man who died of colon cancer… prompting Robert's career choice of proctology.  He looked at the picture of his dad every day wondering what he would have been like.  Imagine his surprise when his "dad" turned out to be an actor on TV.  On their mother's wedding day, Robert and Kyle confront her and she tells them that their dad was really someone else – Terry Bradshaw to be exact.  This sends them down to Miami to meet the man and introduce themselves as his sons.

At first, Terry is ecstatic to meet them but as they talk they all realize that Terry isn't really their father.  This sends them on their next quest to find Roland Hunt (J.K. Simmons; Whiplash) who it turns out is a thief.  Their next stop is to Patty O'callahan (Jack McGee; The Fighter) but they arrive just in time for his funeral.  However, his brother informs them that Patty couldn't have been their father and that he is, in fact, their longtime Vet Dr. Tinkler (Christopher Walken; The Deer Hunter).  However, when they confront him Robert and Kyle find out the truth, which is something they could never have imagined.

With two heavy hitting comedic actors at the helm of this picture, one would think the laughs would be non-stop but, sadly, even Wilson's and Helms's talent couldn't compensate for a lackluster script.  The supporting cast does a great job especially Close, Bradshaw and Simmons.  However, Katie Asleton (Legion) is somewhat wasted as the wayward love interest of Robert and first-time director Lawrence Sher misses the beat and timing, which sets the awkward tone from the very start of the film.

The Blu-ray is presented in 1080p with a 2.39:1 aspect ratio.  The color palette is strong even as the actors move through various parts of the country.  The blacks are clean and deep and the scenes appear sharp.  The DTS-HD Master audio 5.1 is what one would expect with crisp sound. The dialogue is clear and mixed well overall.  The combo pack comes with the Blu-ray disc, DVD disc, and Digital HD.  The Blu-ray offers two extras though – deleted scenes and a gag reel.  The former is somewhat ok while the latter isn't all that funny (which is typical of a gag reel lately).

What starts out as an interesting concept quickly loses steam sadly and never fully delivers on the comedy it promises.  The funniest moment actually comes at the very end of the film and is delivered masterfully by Walken.  The plot twist, however, is something I never saw coming and makes the movie a little more interesting than it otherwise might be.

In different hands, this might have been a hilariously good time but it just doesn't quite live up to the expectations. 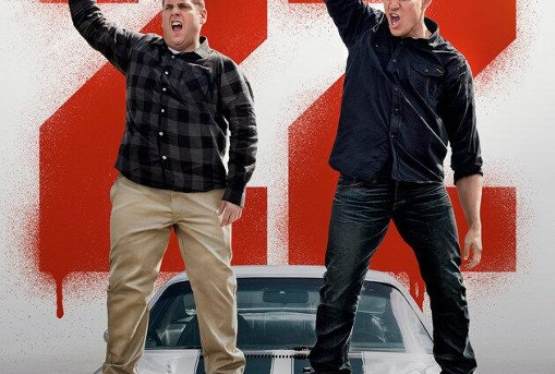