If you were looking for the same brilliance found in the first Red film, lightning doesn’t strike twice I’m afraid.  However, the characters are still loveable and the concept is terrific.  There are also some great lines and scenes that make the movie worth watching. 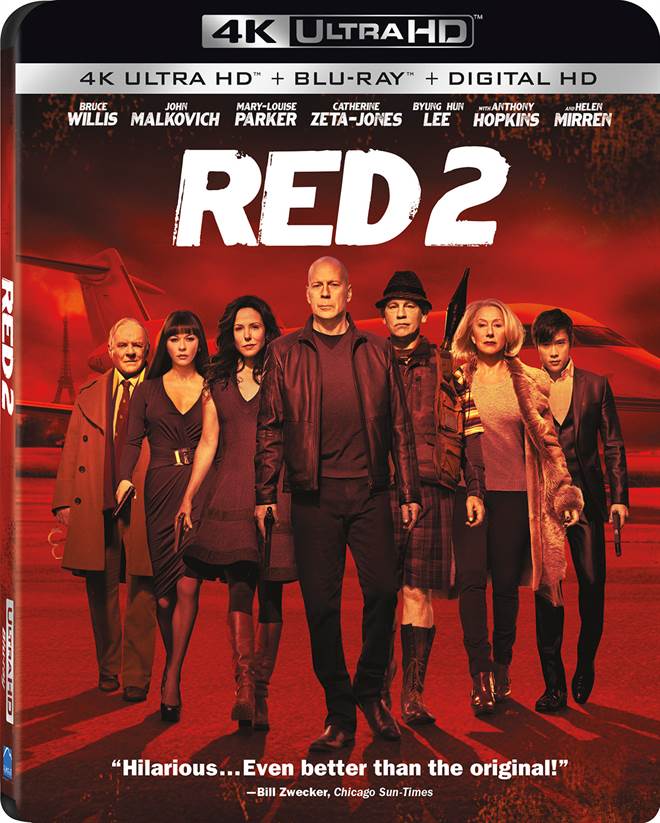 Purchase   DVD/Blu-ray/4K UHD
The coolest retirees you know are back!  Frank Moss (Bruce Willis; Die Hard), Marvin Boggs (John Malkovich; Empire of the Sun), and Victoria (Helen Mirren; Eye in the Sky) are once again wielding guns and kicking ass.  Remember in 2010 we loved Red – Retired, extremely dangerous? Well, in 2013, Red 2 brought many of the characters we loved from the first film back together to once again cheat death.  It also introduced a few new players into the mix who make things interesting.  Regardless of who is or isn't playing a key role, the movie was released on 4K this week as many films are making the transfer to higher quality resolution.

When we first see Moss and Sarah Ross (Mary-Louise Parker; The West Wing) they are living the quiet, blissful suburban life and shopping at the big warehouse store only to be interrupted by Boggs.  He informs them that once again someone is trying to kill them but Moss, who wants to settle into suburbia, dismisses him.  As they watch him drive away his car blows up and he dies…or does he?  You see, Boggs faked his own death to try and figure out what is going on.  And just like that, they are sucked back into the game of cat and mouse they left behind.

The reason they are being killed now is because of their involvement in a project called Nightshade.  Essentially, they snuck someone with a weapon of mass destruction into Russia only to lose both the person and the bomb.  The person they snuck in, Bailey (Anthony Hopkins; Silence of the Lambs), was a scientist who created the bomb.  Having thought him dead 32 years ago they discover he is alive and smuggles him back to Russia to find and retrieve the red mercury bomb.  Along the way, they encounter Katja (Catherine Zeta-Jones; Chicago) a Russian spy who happens to be a former love interest Moss.  Oh, and for good measure, Victoria informs them that she has been hired to assassinate them all.

Once again, the cast is top notch and Malkovich is even better and nuttier than he was the first time around.  Parker's enthusiasm mixed with her almost childlike naiveté, makes her, even more, enduring the second time around.  Willis is always good as an action star (and this film is no exception), Mirren is as solid and masterful as usual, but the real character this time around is Hopkins who does an outstanding job.

The script in this second installment, unfortunately, isn't as strong as the first film, but of course, that often happens with sequels.  There are too many twists that make the film a little disjointed and the ending is simply too cheesy.  Of course, there is the same amount of humor as the first go around and the action is even better this time.  The one truly impressive scene, though, is the car chase through Moscow.

The 4K Blu—ray is beautiful with its 2160p video transfer.  Even though much of the scenes are dark and dreary, there is still a sharpness to them that is a testament to the latest technology.  As with the first films, the 4K transfer is also done with Dolby Atmos audio.  The quality is fantastic and the surround sound envelopes the viewer and embraces them.  The combo pack has a couple of extras including deleted scenes, an unfunny gag reel, and a multipart documentary that includes cast and crew interviews.

If you were looking for the same brilliance found in the first film, lightning doesn't strike twice I'm afraid.  However, the characters are still loveable and the concept is terrific.  There are also some great lines and scenes that make the movie worth watching.  And if you want to own both Red and Red 2, they are both now on 4K UHD Blu-ray.

For more information about Red 2 visit the FlickDirect Movie Database. This release has been provided to FlickDirect for review purposes. For more reviews by Allison Rose please click here.

John Delia
The raging action comedy Red 2 comes to theaters, but its Catherine Zeta-Jones and Helen Mirren that command the screen.  While the whole crew is back for a second dip into the world of International Crime while on the run from their former CIA bosses, it's these two ladies that make an impact....
Full Review | Grade: C 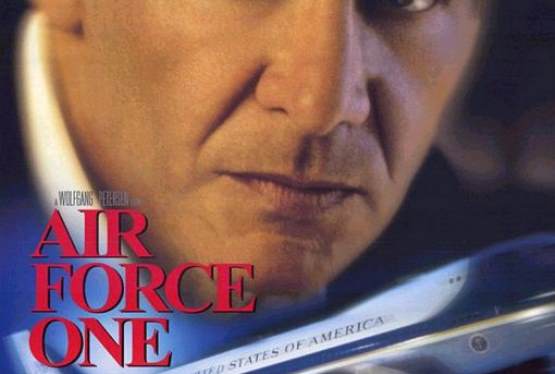