If you are a Harry Potter fan and own a 4K Blu-ray player it is time to upgrade your collection to the latest technology.  You won't regret it as you experience the movie anew in a whole new way. 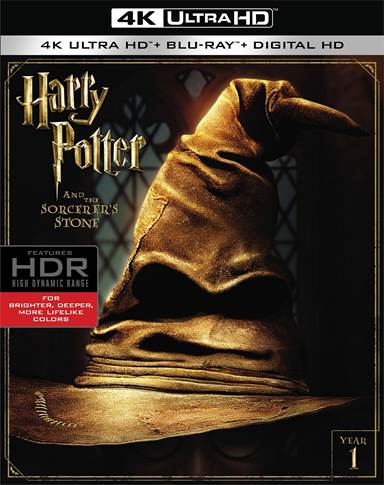 It has been twenty years since we were introduced to "The boy who lived" when J.K. Rowling's first book in the Harry Potter series debuted in the United Kingdom.  Originally titled Harry Potter and the Philosopher's Stone the name was later changed to Harry Potter and the Sorcerer's Stone in the United States for the first movie and, as expected, it was a box office triumph.  It made stars out of the three young actors playing the main characters in the series and the world then watched them grow up on screen.  Previously released on Blu-ray and DVD, it is now available on the latest technology 4K Blu-ray.

As we meet the famous, young wizard, he has no idea he is either famous or a wizard.  He lives under the stairs at his Aunt and Uncle's house who took him in after Harry's (Daniel Radcliffe; The Woman in Black) parents died in a "car accident".  On his eleventh birthday, Harry is visited by Hagrid (Robbie Coltrane; GoldenEye) who informs him of his lineage and takes him to become a student at Hogwart's School of Witchcraft and Wizardry where Harry begins his formal training.  It's also where he meets his two best friends, Ron Weasley (Rupert Grint; Snatch) and Hermione Granger (Emma Watson; Beauty and the Beast).

Of course, there are dark forces at work conspiring against Harry including "He who must not be named"/ "The Dark Lord", Lord Voldemort (Richard Bremmer; Control) who was the one who actually killed Harry's parents.  The rest of the movie is spent determining who the threat is and how to stop it (while including a cool but deadly game of chess).  In the end, Harry survives and the perpetrator is not who you would expect (unless you had read the books before seeing the film).  However, if you are a fan of the books you already know there are more threats to come.

I must admit, Harry Potter and the Sorcerer's Stone isn't one of my favorites out of the eight films but it does lay a solid foundation from which the other movies build upon.  The first installment in the film series isn't as dark as the later ones and is a bit more "kid-like", which is to be expected since the films' stars were in middle school when this one was made.  We do get a terrific introduction to Radcliffe, Grint, and Watson and Director Chris Columbus (Mrs. Doubtfire) gave us a sense of wonder and magic which set a certain tone for the remained of the series.

The 4k quality with the 2160p high definition video and a 2.39:1 aspect ratio is truly an upgrade and the fullness of the colors and details are noticeable.  The blacks are deep, which is a good thing because much of this film is shadowed in the darkness. The flesh tones and bright colors are also a bit warmer, making them inviting to the viewer's eye and there is little to no noise to speak of. The DTS: X audio bumps up the quality quite a bit and the effects are spread evenly and fully across all speakers.

If you are a Harry Potter fan and own a 4K Blu-ray player it is time to upgrade your collection to the latest technology.  You won't regret it as you experience the movie anew in a whole new way.

Purchase a DVD/Blu-ray/4K UHD physical copy of Harry Potter and the Sorcerer's Stone today at Amazon.com

Download Harry Potter and the Sorcerer's Stone in Digital HD/4K from the iTunes store.

Listen to the Harry Potter and the Sorcerer's Stone soundtrack on Apple Music.

For more information about Harry Potter and the Sorcerer's Stone visit the FlickDirect Movie Database. 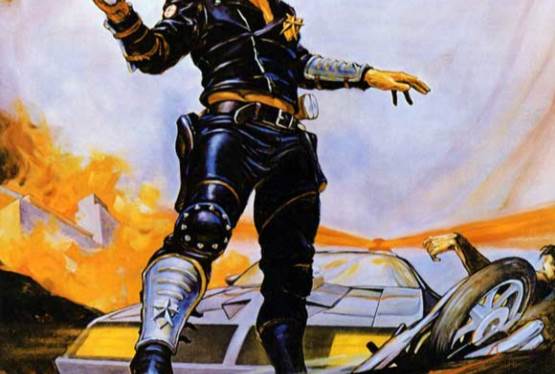