If you read the books (and let’s face it… probably still own them) and you bought movies one and two Fifty Shades films, then you definitely want to add this third one to your collection. When we last left Christian (Jamie Dornan; The Fall) and Anastasia (Dakota Johnson; The Social Network) at the end of Fifty Shades Darker they had just managed to survive his psycho ex coming for an uninvited visit, his crash landing due to suspected foul play and the announcement of their engagement.  As we begin chapter 3, the newlyweds are enjoying their honeymoon in Europe only to be interrupted by problems at work.  When the server is hacked and blown up Christian finds himself investigating a new threat and being even more protective of Ana than ever before.  Ana is also trying to navigate her new role as wife and editor at the company her husband owns.

As tensions heat up Christian must find out whois behind the threats before the game of cat and mouse becomes deadly.  Meanwhile, Ana must figure out how to tell a skittish Christian that she is, in fact, pregnant - news he is not too excited about at first.  He must grapple with his own fears of impending fatherhood since his start in life was less than stellar.  Ultimately it is determined that a jealous Jack Hyde (Eric Johnson; Smallville) is the culprit who kidnaps Christian's sister, Mia (Rita Ora; Southpaw) and shoots Ana as she attempts a rescue effort.  Of course, all's well that ends well.

Let's face it… this isn't Oscar-worthy acting we're talking about but I'm sure Dornan has some appeal to the largely female audience.  His performance is less wooden than the past two film but still isn't all that much to write home about.  Dakota Johnson is a little better as she displays more of a depth and range of emotions than her counterpart. The supporting cast are all fairly fine with an honorable mention for Eric Johnson and Marcia Gay Harden (Mystic River)

The 4K Blu-ray has exceptional 2160p picture quality and the colors are strong and true.  The red of the "torture chamber" a.k.a. the playroom is deep and rich while the blues of the Mediterranean Sea are cool and inviting.  The DTS:X audio is superb and showcases the soundtrack.  The dialogue is crisp and clean and sits nicely the center channel.  The combo pack offers over an hour of extras including Deleted Scene, The Final Climax: 30+ Minutes, Behind-The-Scenes Featurette, Christian & Ana By Jamie & Dakota, An Intimate Conversation With E. L. James & Eric Johnson, and Music Videos.  The second and third features are by far the most interesting.

This film series definitely has a target audience and probably won't appeal the male,  nerdy, superhero sect.  Having said that it knows who it is made for and does a decent job of sucking in the 30 something housewife/mom who dreams of a day without carpools and PTO meetings.  This third installment is probably the best of the three with more plot and character development that the former two.

If you read the books (and let's face it… probably still own them) and you bought movies one and two (Fifty Shades and Fifty Shades Darker), then you definitely want to add this third one to your collection and if you are going to buy it you might as well go big and splurge for the 4K version.

Purchase your copy of Fifty Shades Freed today at 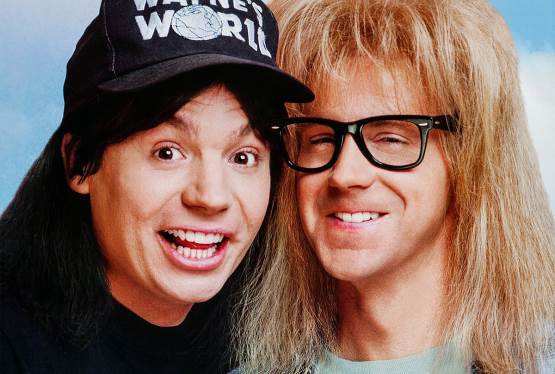