Washington is decent as the Protagonist but not as good as he was as Ron Stallworth in BlacKkKlansman. If you look up the definition of the word tenet you will find the following: a principle, belief, or doctrine generally held to be true especially one held in common by members of an organization, movement, or profession.   If you ask director Christopher Nolan (Inception) his definition of Tenet, he will probably tell you it is a movie that was a labor of love and took him almost twenty years to make, from his original concept to showing in theaters.  Touted as one of 2020s most anticipated films, it, unfortunately, didn't live up to expectations, thanks, in part, to a global pandemic that all but shut down the entertainment industry.

The Protagonist (John David Washington; BlacKkKlansman) is a CIA agent who is part of an undercover operation to foil a plot at the Kyiv Opera House in the Ukraine.  In the midst of everything, he is saved by a masked soldier who "unfires" a bullet through one of the gunmen.  The Protagonist is then recruited by a group called Tenet and shown bullets and weapons with "inverted" entropy allowing them to move backwards in time.  The scientist tells the Protagonist they were made in the future and inverted by a Russian businessman, Andrei Sator (Kenneth Branagh; Henry V).

The Protagonist tries to get close to Sator through his estranged wife, and art dealer named Kat (Elizabeth Debicki; Guardians of the Galaxy Vol. 2).  He learns there is an algorithm controlled by Sator that is meant to end the world and Sator plans to kill himself, and the world because he is dying of cancer.  Kat figures out when Sator is going to end his life and she, the Protagonist, his handler, Neil (Robert Pattinson; Twilight), and one of two sets of troops travel back to stop Sator.  Meanwhile, the second set of troops is moving forward to find the artifact and pull it apart so no one can "invert" weapons.

Washington is decent as the Protagonist but not as good as he was as Ron Stallworth in BlacKkKlansman.  Pattinson is quite the surprise though, shedding his teenage angst/ sparkly skin of a certain, well-known, vampire.  DeBicki is solemn and stoic which is a familiar role for her.  She has a presence about her that makes one drawn to her though and that "it factor" comes through in this movie.  Branagh is an incredible actor and his portrayal of the ruthless, heartless, and maniacal Sator is right on the mark.

The production is impressive as scenes were filmed both forwards and backwards in order to create the "inverted" world the protagonist is trying to stop.  The 4K video is presented in HDR10 with Native 4K resolution and 1.78:1 aspect ratio.  Details are incredibly sharp, and the scenery is majestic and splendid.  The annoying part of the video is that it constantly switches from the regular aspect ratio to IMAX and back again, which can be very frustrating.

The DTS-HD Master Audio 5.1 is more than solid as gunshots and bombs explode from every speaker.  However, it does make one wonder why it wasn't presented in Dolby Atmos.  Of course, Nolan dedicates an entire disc to the extras.  He takes the hour-plus Looking at the World in a New Way: The Making of Tenet and breaks it into thirteen parts which includes: The Principle of Belief, Mobilizing the Troupe, The Approach, The Proving Window, The Roadmap, Entropy In Action, Traversing The Globe, How Big A Plane?, The Dress Code, Constructing The Twilight World, The Final Battle, Cohesion, and Doesn't Us Being Here Now Mean It Never Happened?

Unless you are a rocket scientist (and maybe not even then) will you understand everything about inversion entropy the first time you watch Tenet.  While the movie has elements of being a masterpiece, it requires multiple viewings to begin to try and fully understand the science behind it.

Perhaps, if the pandemic had not hit, Tenet would have been one of 2020's blockbusters, but we will never know for sure.  All I can say is it's an interesting concept that is a little too long and confusing.

For more information about Tenet visit the FlickDirect Movie Database. 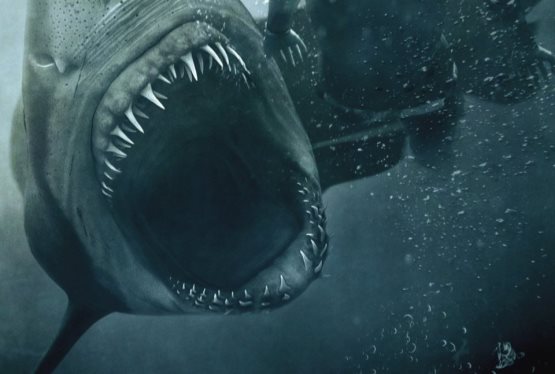