2 Guns fires wide and runs out of ammo long before its double and triple crosses are exhausted. DVD/Blu-ray/4K UHD
Double crosses. Triple crosses. An extra helping of crosses on top of increasingly tangled numerical crosses. 2 Guns is a buddy cop genre pic in the guise of a punchy pulp comic book actioner, one that attempts to toy with convention, actively subvert every action-movie cliché in the book, and crack a few familiar, wise-crackin' skulls in the process. Trouble is director Baltasar Kormákur and screenwriter Blake Masters' adaptation of Steven Grant's original graphic novel isn't nearly as clever as it thinks it is, and never quite manages to lift Grant's colorful characters off the page. That little consolation prize instead comes courtesy of Denzel Washington, Mark Wahlberg and the duo's scene-chewing supporting cast, who at least make 2 Guns watchable. Entertaining even... if that is you're willing to switch off your brain and take the movie on its own flash-bang terms.

Meet Bobby (Denzel Washington) and Stig (Mark Wahlberg): criminals for hire, except that they're not really criminals. Bobby is an undercover DEA agent, Stig is an undercover NCIS officer. There's just one problem... each one thinks the other is exactly what he claims to be. Soon the two join forces to steal $3 million from Mexican drug lord Papi Greco (Edward James Olmos) for their respective agencies, only to discover the take is actually $43 million. The stakes are suddenly that much higher. Thirteen back-stabs and betrayals later, Bobby and Stig struggle to gain their bearings, and neither one knows who to trust. With so much cash up for grabs, the duo find themselves in the crosshairs. But who does the money belong to? And who can Bobby and Stig trust? Greco? Navy Admiral Tuway (Fred Ward)? Bobby's lover Deb Rees (Paula Patton)? Stig's commander Quince (James Marsden)? Bloodthirsty power player Earl (Bill Paxton)? Kormákur? Masters?

I couldn't help but think of Sylvain White's The Losers while sitting through 2 Guns, followed almost immediately by two-dozen other high-action shoot-em-ups; every single one of them backed by big-blockbuster casts that are far and away their films' greatest assets. Kormákur and Masters take loving shot after loving shot at the genre to scattershot ends, dropping one-liners and shell casings as if both were going out of style. 2 Guns doesn't rise above the action-movie fray so much as it takes a turn in an already crowded firing range. It's a wild free-for-all that doesn't try to hide the Big Dumb Fun coursing beneath its surface, with Olmos, Marsden and especially Paxton having the times of their lives. But it's also a shaky, unreliable, unnecessarily convoluted misfire that would tip over if Washington and Wahlberg weren't so busy steadying it. Even when next to nothing makes sense, even when gaping plot holes threaten to swallow up what little plausibility Kormákur tries to establish, even when their performances amount to one over-the-top round of mugging after the other, both A-listers deliver.

And it's a tricky balance. Get a kick out of headliners like Washington and Wahlberg dabbling in the dark side? Willing to look the other way when plot twists are obvious and plot progression is needlessly complicated? Value comic book gunplay, colorful criminals and angsty antiheroes above... well, anything more compelling? 2 Guns is for you. There's just plenty more like it out there, and plenty more on the horizon. Escapism isn't exactly a new pastime. We've been dumping billions into the hard-R action grinder for decades. Films like 2 Guns, though, are caught between genre classicism and more contemporary, self-aware thrills, paying homage to the guilty pleasures of the '90s while taking a stab at something newer and more clever. Once in a great while, a film comes along that strikes that balance and enters the new action format. 2 Guns is not that film, fun as it is if you're able to set aside expectations, switch off your brain, and be entertained by good actors knowingly sinking their teeth into a fatty, gristly script.

2 Guns fires wide and runs out of ammo long before its double and triple crosses are exhausted, making for an R-rated popcorn shoot-em-up that's big on action and little else. Washington, Wahlberg, Olmos, Paxton and Marsden keep it all entertaining, but only just. Universal's Blu-ray release is much better, with a terrific video presentation, hard-hitting DTS-HD Master Audio 5.1 surround track, and a solid complement of special features sure to satisfy fans of the film. Even so, it's only a matter of time before 2 Guns lands in the bargain bin at Best Buy.

Purchase your copy of 2 Guns today at

Download 2 Guns from the iTunes Store in Digial HD.

For more information about 2 Guns visit the FlickDirect Movie Database. 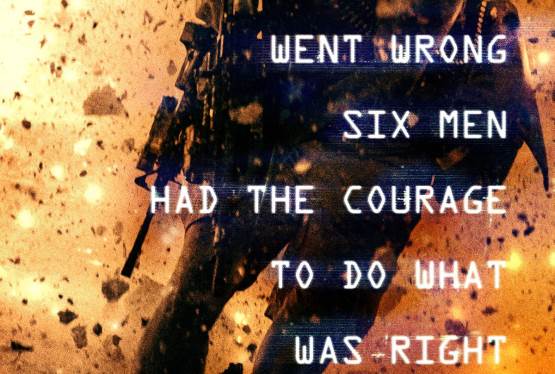