Had it been done well, the return visit to the Griswold family and Wally World would have been a nice stroll down memory lane while making the franchise fresh. 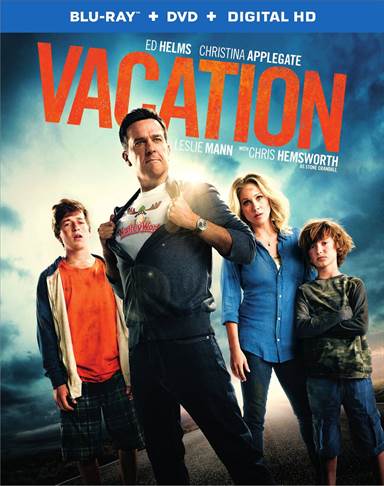 When it debuted in 1983, National Lampoon's Vacation became an instant classic.  Chevy Chase (Community) and Beverly D'Angelo (Entourage) starred as Clark and Ellen Griswold, a seemingly normal couple who wanted to take their kids on a family vacation.  Mayhem and hilarity ensued, and the film spawned two sequels.   When Warner Bros. announced they were releasing another vacation movie in 2015, I was skeptical they could recapture the magic of the original and sadly, they didn't.  On November 3, 2015 this latest version hits the shelves on Blu-ray and DVD.

This time, a grown Rusty Griswold (Ed Helms; The Hangover) decides it's time to reconnect with his dysfunctional and distant family and take them on a vacation/road trip to Wally World.  He rents an Armenian "Prancer" and packs his wife Debbie (Christina Applegate; Anchorman) and two sons, James (Skyler Grisondo; The Amazing Spiderman) and Kevin (Steele Stebbins; A Haunted House 2) inside for an adventure.  Of course, numerous mishaps along the way leave them with no clothes, no money, no rental car and, at one point, covered in human waste.

While there are some funny moments in the film, much of the jokes center around sexual innuendo and many just simply fall flat.  I was hard pressed to find even a half dozen scenes that made me laugh out loud.  I did however, find Kevin's bullying, obnoxious, foul mouthed nature to be annoying and overkill after a while.  It was as if they didn't have anything funny to write so they would simply make a little kid curse and be mean and hope people would find it funny.  However, cameos by Chase and D'Angelo, were a highlight, and the appearance of the family "truckster" added a pleasant, nostalgic twist.

I typically like Helms and he did a good enough job with the script he had to work with here.  Applegate, though, didn't "fit" in this role for me, and was often distracting in scenes.  Grisondo and Stebbins were adequate, but not stellar, and didn't stand out in anyway.  Leslie Mann (Knocked Up), however, was terrific in her supporting role as Audrey, Rusty's sister, and Chris Hemsworth (Thor) gave a more than a few grown women a heart attack in one scene where he is wearing only his underwear.

Presented in 1080p AVC encoded high definition video, the picture quality is excellent with an aspect ratio of 2.40:1, which is typical of Blu-rays these days.  The DTS-HD Master audio 5.1 is sharp and showcases the musical soundtrack and car explosion beautifully.  The Blu-ray extras include some interesting deleted scenes, "Return to Wally World", "The Griswold Odyssey" showcasing the stops in various states that the family makes on their journey, and a pretty funny gag reel.

With a title like Vacation, I wanted to hold out hope that it would do its predecessors proud, but sadly, it was sorely lacking.  Most of the jokes and slapstick were lame and unoriginal, and even the guest appearances couldn't save the movie.  Had it been done well, the return visit to the Griswold family and Wally World would have been a nice stroll down memory lane while making the franchise fresh.

Download Vacation in Digital HD/4K from the iTunes store.

For more information about Vacation visit the FlickDirect Movie Database. 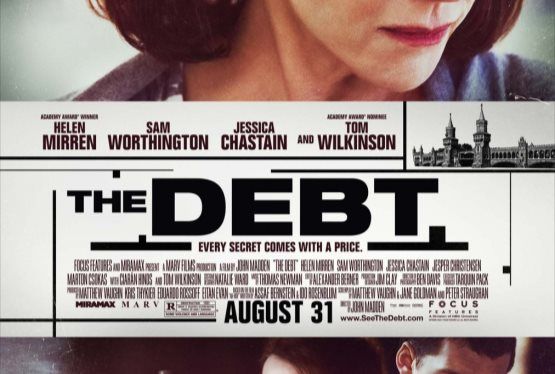 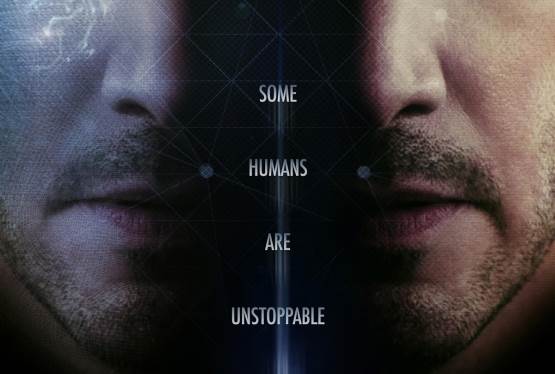