Home / Reviews / Our Brand Is Crisis

As far as political movies go, Our Brand is Crisis sadly doesn’t make the statement it had the potential to make. 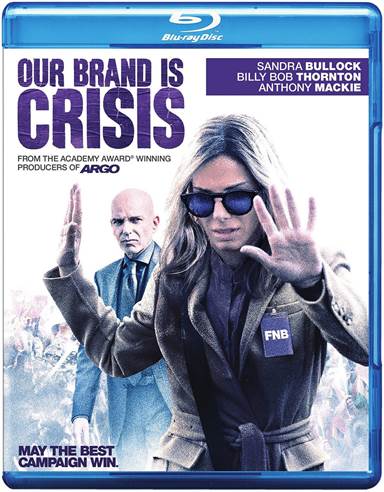 Purchase   DVD/Blu-ray/4K UHD
I hate politics.  It's all a big smoke screen with lies, manipulation and "perceptions".   In a 2005 documentary called "Our Brand Is Crisis", they explore these themes while showing the devastating results of a country in unrest with an out of touch ruler.   In the feature film of the same name, out now on Blu-ray, Hollywood takes a humorous, if cynical, look at the nasty business of politics.

Sandra Bullock (The Blind Side) is Jane or "Calamity Jane", a political strategist who has decided to retire.  When she is approached to help run the Bolivian presidential campaign of Castillo (Joaquim De Almeida; 24), she immediately turns it down until she finds out the opposition has hired strategist Pat Candy (Billy Bob Thornton), her arch enemy.

Over the next hour and a half, both Jane and Pat use every trick in their arsenal, trying to tear down the opposition in order to get their candidate elected.  The film also examines human nature and Jane's fragility that lies beneath the ruthless consultant barking out orders and cooking up underhanded schemes.

I love Sandra Bullock.  Even her bad films are entertaining, and I thought she was excellent in The Blind Side, but, sadly, this was not among her better work.  She is solid, for sure, and surrounded by a good cast, including Thornton, Anthony Mackie (Captain America: The Winter Soldier), Ann Dowd (Marley and Me), Joaquim De Almeida (Fast Five) and Reynaldo Pancheco (Without Men), but it just doesn't seem to work.  I think the script is lackluster and didn't give these fine actors enough to work with, making for a dull film with only one hilariously memorable scene (spoiler alert:  The Llama dies).

Of course, the quality of the Blu-ray is spot on, and visually, the 1080p high definition video highlights the Bolivian scenery (that was acutally filmed mostly in Puerto Rico).  The DST-HD Master Audio 5.1 is what you would expect from a blu-ray, but the audio doesn't do much to enhance the story until the end of the film when the people begin to protest in the streets.

Unfortunately, this Blu-ray release of Our Brand is Crisis is extremely bare bones. It only includes one special feature entitled Sandra Bullock: A Role Like No Other. This eleven minute feature goes into some depth about the Sandra Bullock and how she prepared for her role as Jane. It would have been nice to see Warner Bros. and the film's creators touch upon the true story that this was also based upon. Hopefully this can come along in an upcoming re-release.

As far as political movies go, this one sadly doesn't make the statement it had the potential to make.  As far as entertainment goes, this film barely scratches the surface with too much going on.  Ultimately, its identity crisis - movie with a message or a story about human nature or simply a good two hour laugh - leads to its down fall.

Purchase a DVD/Blu-ray/4K UHD physical copy of Our Brand Is Crisis today at Amazon.com

Download Our Brand Is Crisis in Digital HD/4K from the iTunes store.

For more information about Our Brand Is Crisis visit the FlickDirect Movie Database. This release has been provided to FlickDirect for review purposes. 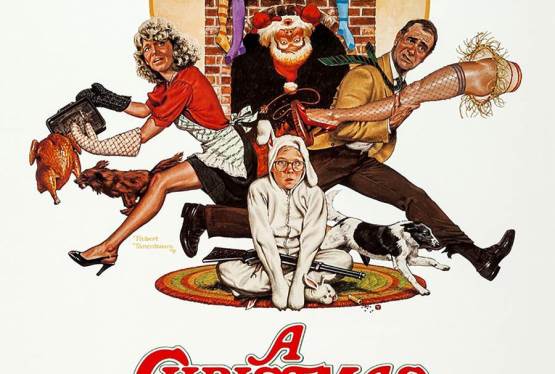 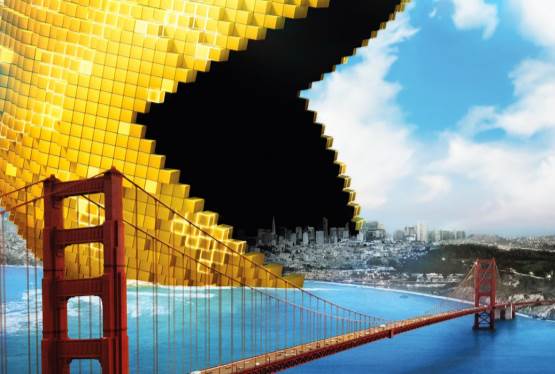