As usual, Spielberg’s work is amazing. He is truly a master at his trade craft. He expertly directs this period piece like only Stephen Spielberg can. 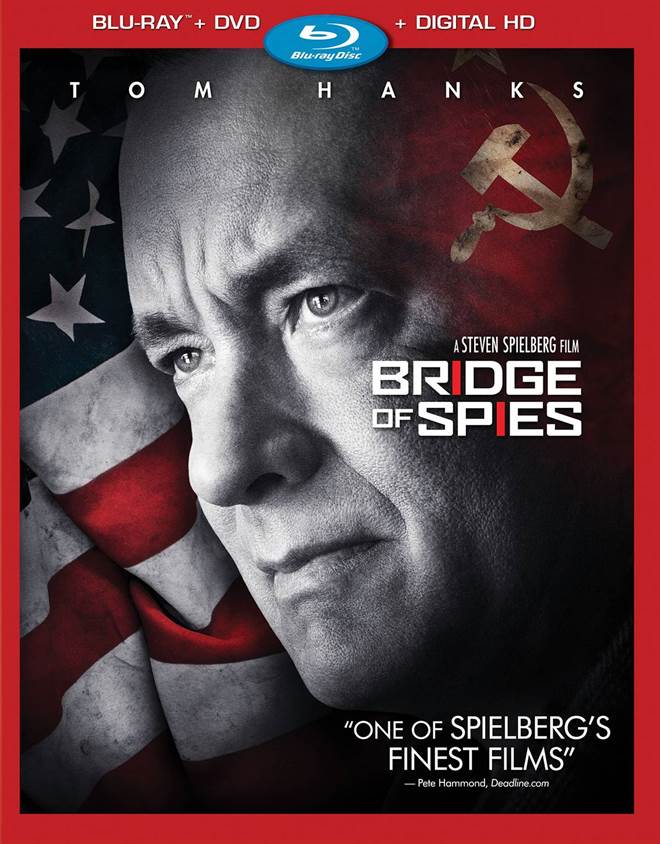 After the end of the second World War, the world looked like a different place than it does today. Germany was no longer a whole country, it was divided into East and West. The United States and Russia were at the height of their spy game with agents on the ground in both countries trying to get the upper hand in case a nuclear war broke out. It is under these conditions that the latest drama from Dreamworks, and director Steven Spielberg (Schindler's List), plays out on the screen entitled The Bridge of Spies.

Based on a true story, Bridge of Spies focuses on Attorney James Donovan (Tom Hanks; Forrest Gump, Castaway) and his defense of convicted spy, Rudolf Abel (Mark Rylance; The Other Boleyn Girl).  Of course, that is only half the story and, with Donovan's foresight allowing Abel's life to be spared, it allows for a prisoner-of-war exchange between Abel and Francis Gary Powers (Austin Stowell; Dolphin Tale), an American shot down over Russia. This brings us to the rest of the story, with Donovan in the middle of negotiations and finding himself entangled in a political game between the United States, U.S.S.R, and East Germany.

As usual, Spielberg's work is amazing. He is truly a master at his tradecraft. He expertly directs this period piece as only Stephen Spielberg can. The camera movement itself is as if the audience is seeing it through the eyes of another person on screen. Skillfully following the actors, as well as filming, some great set pieces that contrast the United States, Germany, and Russia. Tom Hanks, and the rest of the cast, superbly act out their roles as if they the characters are truly extensions of their inner selves.

Bridge of Spies video is encoded in 1080p AVC in a 2.40:1 aspect ratio. The transfer is pretty much flawless. It does contain some light grain left over from the film transfer, which is a nice change compared to most Blu-ray transfers that overuse the digital noise reduction and take away from what the director had originally intended. The blacks are perfect and the color pallet perfectly reflects the dark dreary mood of the time and period. The Blu-ray transfer uses a DTS-HD Master Audio 7.1 lossless soundtrack audio mix that is well-rounded. The special effects and musical soundtrack are more subtle and provide nice background noise to the dialog that takes center stage.

The Blu-ray combo packs includes an iTunes digital copy of the film as well as four featurettes:

Overall, Spielberg has crafted a beautifully acted and beautifully shot film that is a journey through our history and is both enjoyable and poignant. It's definitely worth taking an evening (or day) to watch.

Purchase a DVD/Blu-ray/4K UHD physical copy of Bridge of Spies today at Amazon.com

Download Bridge of Spies in Digital HD/4K from the iTunes store.

For more information about Bridge of Spies visit the FlickDirect Movie Database. This release has been provided to FlickDirect for review purposes. For more reviews by Nathan M Rose please click here.