Terminator: Dark Fate is simply amazing. One of the best action films of the decade. A film that all disappointed Terminator fans can be happy with again, and truly closes the story of Skynet.

In the early 1980's special effects supervisor and small-time director, James Cameron (Avatar) had a feverish dream of robots from the future coming to destroy the present. He wrote a treatment and sold it to his production partner, Gale Anne Hurd (The Walking Dead) for the price of only $1.00, with the condition he could direct the film. Thus the Terminator franchise was born.

After a very small box-office run with no marketing help from the studios, The Terminator became a cult hit on VHS.  Meanwhile, James Cameron went on to make such blockbusters as Aliens, and The Abyss. It was around this point Cameron and Arnold Schwarzenegger  (True Lies) decided to team up again to create Terminator 2: Judgement Day with groundbreaking special effects. This film became such a hit it then set up three more sequels and a television show that never lived up to the original first two films (maybe because Cameron wasn't involved). After the rights reverted back to him this year, Cameron decided to take the plunge and try to fix the now plagued series with Terminator: Dark Fate with Tim Miller (Deadpool) directing.

From the on-set, the studio, production crew, and actors have said this film will be the true sequel to Terminator 2: Judgment Day, and audiences should forget everything that happened after it (on television and in the film). Linda Hamilton (Beauty and The Beast) was recast back into the series as well as Edward Furlong (Pet Sematary 2) and a basic plot was released.

More than two decades have passed since Sarah Connor prevented Judgment Day, changed the future, and re-wrote the fate of the human race. Dani Ramos (Natalia Reyes) is living a simple life in Mexico City with her brother (Diego Boneta) and father when a highly advanced and deadly new Terminator – a Rev-9 (Gabriel Luna) – travels back through time to hunt and kill her. Dani's survival depends on her joining forces with two warriors: Grace (Mackenzie Davis), an enhanced super-soldier from the future, and a battle-hardened Sarah Connor (Linda Hamilton). As the Rev-9 ruthlessly destroys everything and everyone in its path on the hunt for Dani, the three are led to a T-800 (Arnold Schwarzenegger) from Sarah's past that may be their last best hope.

Did this film live up to the hype it has been given all year? You bet it does and even exceeds it.  All the correct pacing is back in the film, and the story is fresh, yet familiar. It also finally gives closure to the series that fans have been seeking since 1991. Miller does a great job taking the reins from Cameron to direct the series, keeping the pacing and timing of things just as they were in The Terminator and T2.

After watching this film you realize the true star of the series has always been Linda Hamilton, she fell perfectly back into place with her character, and her presence adds such depth to the film itself. The addition of Furlong was great fan service, and Schwarzenegger, as usual, proves that he was born to be The Terminator.  He had a great on-screen premise that was a combination of his roles in T2  and The Terminator: Rise of the Machines. Unfortunately, this is also probably his last outing as the Terminator, but it is a fabulous send-off - the best he could have hoped for.

The new actors in the series Natalia Reyes, Gabriel Luna (Agents of S.H.I.E.L.D.), and Mackenzie Davis (Blade Runner 2049) are all great additions and I would love to see them again in another Terminator film if one ever gets made. Even though this is one of her first American films, Natalia Reyes has a commanding, strong performance that suggests she is on the way to be an American box office draw for a long time to come. Mackenzie Davis (who basically takes on Kyle Reese's character) gave a lot of depth to her character, as well as showing she could be a rising action star on her own if she wanted to be. Probably the only mediocre performance in the film was by Gabriel Luna as his stoic rev-9 terminator is supposed to be a machine.  Robert Patrick  Die Hard 2) seemed to dominate the screen better and was a better match for Arnold in Terminator 2.

With all that being said, this film is simply amazing. One of the best of action films of the decade. A film that all disappointed Terminator fans can be happy with again, and truly closes the story of Skynet. Time (and the box office) will tell if a sequel will be made, but as a Terminator fan since the 1980s this was the completeness I have been waiting 28 years for.

Listen to the Terminator: Dark Fate soundtrack on Apple Music. 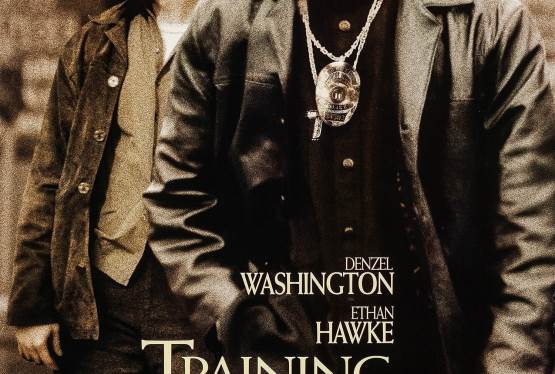