If you liked the first film, especially the humorous moments then you will get what you are expecting for the most part. 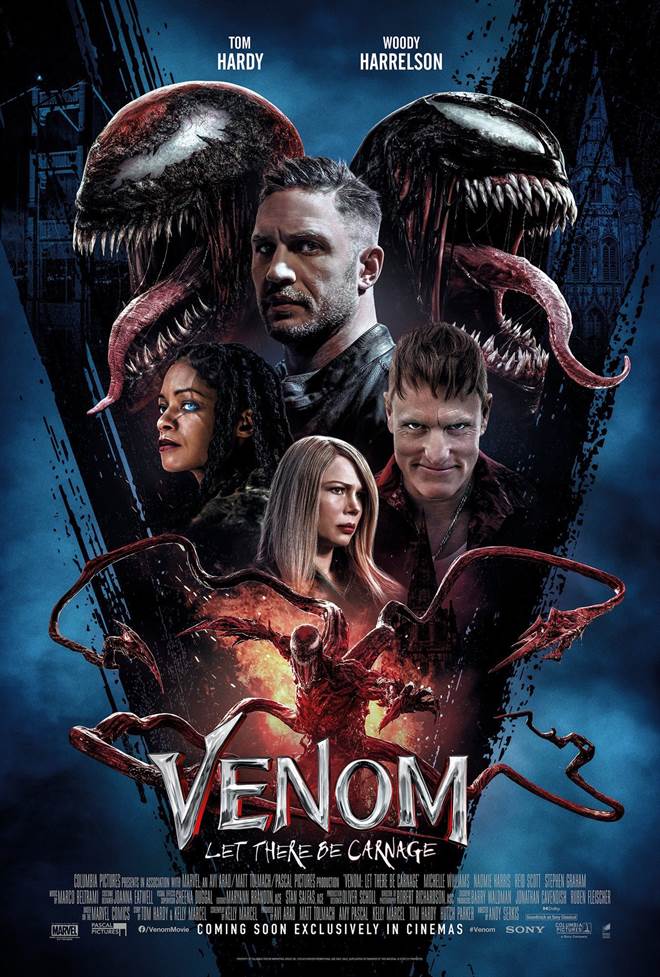 In the world of comic book characters, Marvel's villain Venom is merely in its childhood.  Introduced in 1984, he was originally a symbiotic, living creature attached to a new Spider-Man costume who survives inside a (usually human) "host".  Of course, in the comic book, his first host is Peter Parker but in the 2018 feature film, his host is Eddie Brock (Tom Hardy; Inception).

Grossing over $850 million worldwide, Venom is considered to be a box office success so, naturally, a sequel was practically inevitable.  Three years after the original film was released, Venom: Let There Be Carnage is headed to movie theaters, and joining Hardy is Woody Harrelson (Natural Born Killers).

More than a year after Venom took up residence in Eddie's body, the two have learned to coexist (sort of).  Venom still brings up Eddie's ex-fiancé, Anne (Michelle Williams; Blue Valentine), constantly complains about food and berates Eddie more often than not. Eddie, conversely, won't let Venom eat brains, even the ones belonging to bad guys, and often doesn't listen to Venom, forcing Venom to take control of Eddie's body.  However, when Eddie gets a huge opportunity to interview serial killer, Cletus Kasady (Harrelson), Venom strongly objects which ultimately was seemingly very good advice.

Known for playing tough-guy roles, Hardy reprises his role as loser Brock and once again shows a different side of his acting ability.  Though I'm not generally a huge fan of his, I enjoy him as Eddie/Venom and his ability to basically bicker with himself like an old married couple.  Harrelson is good as Kasady/Carnage, but I have seen him play more menacing/crazy characters in other films and I felt Kasady could have benefitted from some of those roles.  Naomi Harris (No Time To Die) plays Kasady's one true love Frances Barrison/Shriek.  The two are a good match and play off one another well.  Williams is excellent, as usual, and has memorable moments with Mrs. Chen (Peggy Lu, Always Be My Maybe) in the convenience store and with Eddie after Venom jumps inside her body.

Andy Serkis (Mowgli: Legend of the Jungle) is very good at his third opportunity as Director.  He keeps the pacing even and offers some strong visuals, especially in the church fight scene.  The special effects are well done, making Venom and Carnage extremely detailed and as realistic as a symbiotic amoeba could possibly look.  The look and feel of this sequel blends nicely with its predecessor.

In contrast, the plot is merely decent, and the dialogue is simple and uninventive.  The best moments of the original movie and this sequel are the conversations between Eddie and Venom.  They are fast-paced and quick-witted, insulting, and hilarious. All at the same time.   Mrs. Chen also has some great lines.  Kasady's dialogue, however, is somewhat pedestrian which doesn't exactly make him a worthy adversary for Eddie/Venom. Carnage, on the other hand, is bigger and stronger than Venom so their fight scenes are above average – if you like that kind of action.

While Venom started off slow and took a while to get to the good parts, Venom: Let There Be Carnage doesn't have that same issue probably because Eddie and Venom are already linked and begin the film hilariously mocking each other.  However, the sophomore movie could have spent more time offering the viewer additional backstory to Kasady and Barrison, ultimately developing their characters more deeply.

If you liked the first film, especially the humorous moments then you will get what you are expecting for the most part.  However, if you are not a fan of the Eddie/Venom relationship, you won't be thrilled with this second go-around.

All I can say is…"I think this is the beginning of a beautiful friendship".

Purchase a DVD/Blu-ray/4K UHD physical copy of Venom: Let There Be Carnage today at Amazon.com

Download Venom: Let There Be Carnage in Digital HD/4K from the iTunes store.

Listen to the Venom: Let There Be Carnage soundtrack on Apple Music.

For more information about Venom: Let There Be Carnage visit the FlickDirect Movie Database. For more reviews by Allison Rose please click here.

Venom: Let There Be Carnage images are © Sony Pictures. All Rights Reserved. 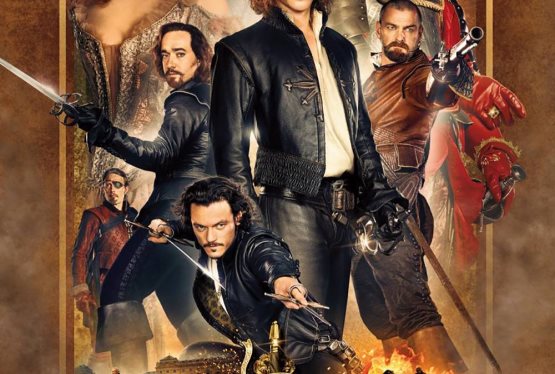