Rock of Ages is the feel good movie of the summer! DVD/Blu-ray/4K UHD
The raw edge of 1980's rock music, mixed liberally with the associated lingo, leads to a fun-packed, two hours of movie fun in the form of Rock of Ages. It should have you singing along to a whole host of recognizable hits that have stood the test of time.

Based on the hit Broadway show, the movie follows wannabe singers Sherrie (Julianne Hough) and Drew (Diego Boneta), who meet just after Sherri arrives in town and are promptly mugged. With nothing to her name, Drew persuades Sherrie to find work at The Bourbon Room, a legendary club on the LA Strip, its claim to fame that of giving rock idol Stacee Jaxx (Tom Cruise) and his band, Arsenal, their first gig.

With the Bourbon itself, owner Dennis Dupree (Alec Baldwin) and his technician Lonny (Russell Brand) have fallen on hard times. But every cloud has a silver lining, and here it seems Arsenal will play its last gig there before Jaxx goes solo, making a big payday for the club, as long as Jaxx's agent, Paul Gill (Paul Giamatti), plays fair.

Our requisite antagonist is the mayor's wife, Patricia Whitmore (Catherine Zeta-Jones); she sees the Bourbon as the manifestation of the city's moral rot, clouding the minds of the young with "the" metal music, and her top agenda is to see the place shut down.

Although having three different stories intertwined with each other, it isn't a complicated plot to follow. Though the film relies on existing 80's classics, lyric and dialogue are integrated; I was left asking myself how the movie was written. Did they have a playlist and say we are going to work the movie around the songs or see what song worked well within script?

Being bombarded with song after song at the start of the film and waiting for something to happen, left me wondering where is this going? But that all changed after a meeting between Jaxx and Rolling Stone reporter Constance Sack (Malin Akerman), and from then on Rock of Ages really did kick off; and I do not think I stopped laughing until the end credits. Particularly in the second half of the film, not only was the comedy well written, but the visual gags were excellent.

Imagining who might play Jaxx, one wouldn't have thought of Cruise; but although he is the big name, albeit not in his biggest part, you can't argue with the man's class – Cruise nails it! He actually did look like he was a seasoned megastar used to playing to a stadium of baying fans — even when he takes the stage of the shabby club. The man did his homework well!

Two honorable mentions are necessary – first one to Mary J. Blige as Justice, owner of a strip club and something of a second mother to Sherrie; she was excellent, and I just could not help but warm up to her. The second is to the baboon that plays Hey Man — it has to be the best performance by a primate since Clyde in Every Which Way But Loose.

I know that it will be plastered over movie billboards everywhere, but Rock of Ages is the feel good movie of the summer; and I dare you not to tap your feet because it is impossible! Personally, I have not laughed for so long or so hard at a movie for a while. Rock of Ages is a fun, family film which will be loved by kids as well as adults especially one like myself who grew up listening to the soundtrack in its original form.

Purchase your copy of Rock of Ages today at

Download Rock of Ages from the iTunes Store in Digial HD.

For more information about Rock of Ages visit the FlickDirect Movie Database. 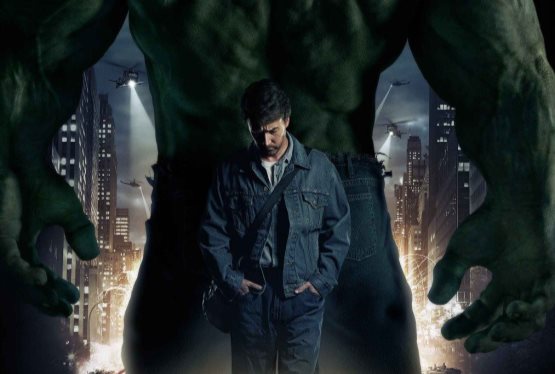