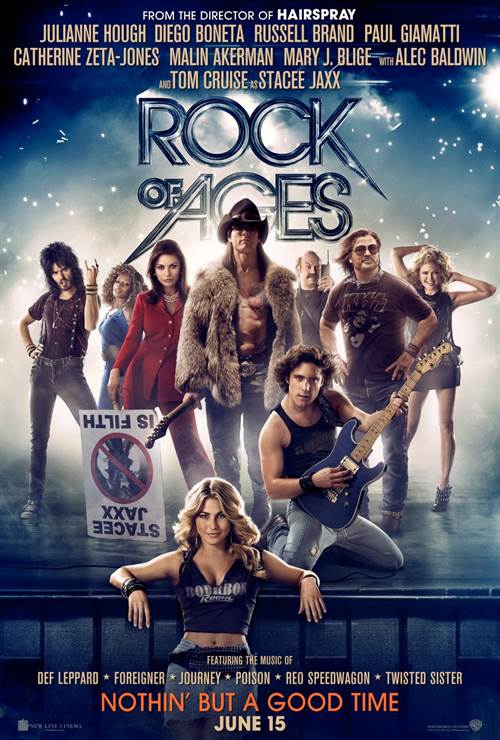 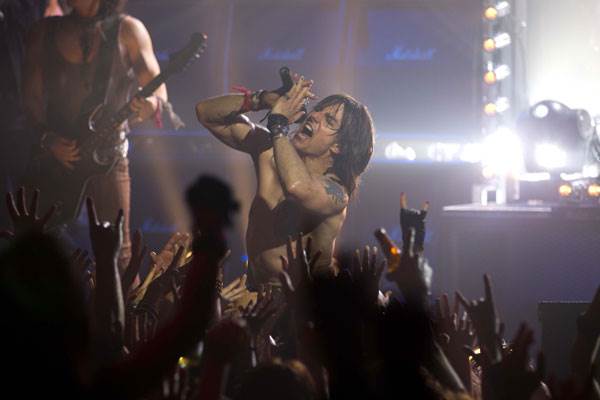 Stream Rock of Ages in Digital HD/4K from the AppleTV store. 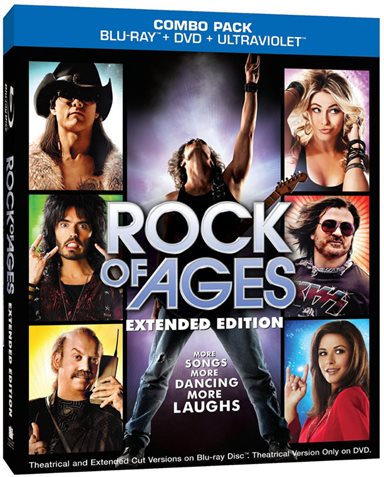 Using the blockbuster success of "Mamma Mia!" as inspiration, the Broadway musical "Rock of Ages" gallops to the big screen in all of its neon-drenched glory. Merging the power of hair metal from the late-1980s with campy performances intended to reach all the way to the back row, the feature is nothing short of a party, with glitzy actors prowling around the frame, belting out power ballads and anthems regardless of vocal ability. Director Adam Shankman plays the material as broadly as humanly possible, blasting the music, the costumes, and the hair at full volume, hoping to razzle-dazzle. It's a lively picture, beaming with energy and excess, hearkening back to an era of music and sexual gamesmanship with an exaggerated sway. It's only a shame "Rock of Ages" is fails to hit the high note because it looks like it was a ton of fun to make.

The year is 1987, and the place to be on the Sunset Strip is The Bourbon Room, run by owner Dennis (Alec Baldwin) and lackey Lonny (Russell Brand), who are depending on a performance from superstar Stacee Jaxx (Tom Cruise) to help them out of monetary troubles. Fresh off the bus from Oklahoma is Sherrie (Julianne Hough), an aspiring singer finding love with Bourbon Room employee Drew (Diego Boneta), inspiring the young man to chase his dreams of rock stardom, lured into a devil of a deal by Stacee's sleazy manager, Paul (Paul Giamatti). Constance (Malin Akerman) is a Rolling Stone reporter sent to cover Jaxx's big show, only to be seduced by the spaced-out frontman, who finds that her questions reveal parts of his life he wasn't prepared to face. Also in the mix is Patricia (Catherine Zeta-Jones), the wife of the Mayor of Los Angeles (Bryan Cranston), and a woman determined to destroy Jaxx with her gifts of public protest in front of the Bourbon Room.

Shankman has danced around these parts before, guiding 2007's "Hairspray" to box office riches, finding the former choreographer comfortable in his wheelhouse overseeing manic singing and dancing. "Rock of Ages" doesn't share the same spirit as "Hairspray," trading doo-wop for heavy guitars and jewel-encrusted Beelzebub codpieces, looking to emphasize the decadence of the hair metal era, with all of its drinking and sex. No drugs here, oddly, replaced with a parade of flesh, finding the cast in all stages of undress to underline the sinful stomp of the Sunset Strip, combining burnouts, leeches, stargazers, and wannabes in one square block. The big-haired stew permits the production a chance to explore archetypes of every kind, gifting the cast full license to take their characterizations as over-the-top as they please, putting faith in a soundtrack of hits and misses to help glue the disparate elements together.

These are caricatures, not people. The arc of Stacee Jaxx is perhaps the most grueling, introduced here as a comfortably enigmatic supporting player, only to watch the script find ways to increase the rocker's screen time, effectively wiping out the love story between Sherrie and Drew. Lonny and Dennis also feel superfluous to the tale, especially with abysmal screenwriting that forces cruddy one-liners on Baldwin and encourages Brand to amplify his propensity to annoy. As for an antagonist, Zeta-Jones's Patricia initially carries the workload, embodying the Tipper Gore/PMRC movement with wild-eyed abandon. "Rock of Ages" offers a chaotic cluster of faces and places, unable to merge the experience into a single stream of dramatic intention, leaving behind a flashy film of yearning characters that carries no resonance whatsoever.

While the compilation of booming tracks should be the saving grace of "Rock of Ages," the musical overload is actually more of a detriment. Out on Blu-ray now, the film now has an extended edition. What that offers is hard to tell, except for more songs which in the end just make the film longer and more tedious. Along with that are a few special features, most of which consist of interviews from former 80's musicians re-hashing old shenanigans and how they came up with some of their classic hits. Another covers how the cast and crew recreated the signature 80's look.

It would seem that many people fell for this movie, not for the great performances, but just the sense of nostalgia that it brought out in people. Even with that, "Rock of Ages" can't manage center stage long enough to keep you engaged. In the end, it just becomes another film based on a weak premise.