With Argo Ben Affleck does a great job providing another suspense filled film. 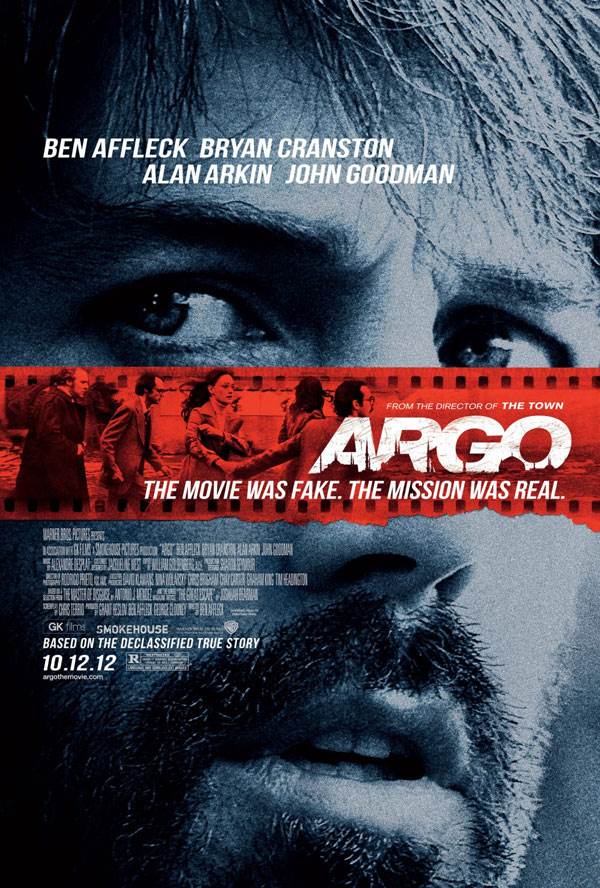 Purchase   DVD/Blu-ray/4K UHD
Based on a true story the suspense filled film Argo involving the rescue of six Americans opens in theaters this weekend.  Set in the background of unrest in Iran during the President Jimmy Carter era, the covert operation was kept secret until the late 1990's.  The drama based on a book of the same title features a solid script, some fine acting and inspiring directing by Ben Affleck. It's a reminder of what could happen again if we fail to protect our interests abroad.

On November 4, 1979 Iranian Militants stormed the American embassy in Tehran, Iran and took 52 United States citizens hostage keeping them there for over a year. The ransom they were demanding involved the extradition from the USA of the then Shah of Iran, who had sought asylum in the US, back to his country to stand trial for atrocities to his people. In addition there were six Americans that walked out of the embassy just prior to the Iranians overtaking the US compound.  Accepting refuge at the Canadian embassy, the six were unable to escape the country that was determined to put all US Citizens under their control.

The film covers the secret mission to get the six US embassy workers to safety beyond the borders of Iran.  Taking the lead in the extraction is CIA executive Jack O'Donnell (Bryan Cranston) who with the help of CIA technical operations officer Tony Mendez (Ben Affleck) attempt a covert operation using the deception of getting movie location information in Tehran for a fictitious film called Argo. The mission has to be rushed due to the adamant leaders of the Iranian revolution. When Mendez arrives in Iran things are so heated up, that doubts begin on pulling off the risky ruse.

"You got six people hiding out in the town of 4 million people all of whom chant death to America all the live long day.  You want to set up a movie in a week. You want to lie to Hollywood, a town where everybody lies for a living.  Then you want to sneak 007 over here into a country who wants CIA blood on their breakfast cereal.  And you are going to walk the Brady Bunch out of the most watched city in the world. Look I got to tell you, we did suicide missions in the Army that had better odds than this."- Dialogue from the film character producer Lester Siegel (Alan Arkin).


Directing and acting Affleck (The Town) does a superb job making his film compelling and gripping.  He lets his audience get settled into the extreme pressure cooker he opens with and then adds even more suspense as the script enters the final hour of the film.  Working in tight living quarters of the home of the Canadian Ambassador to Iran and in the crowded streets of the protesters, Affleck gives us a claustrophobic feel adding to the urgency of getting the six citizens out of harm's way.

Giving an outstanding performance, Bryan Cranston makes his character committed to the cause. Taking the lead at the CIA he's the one who has to coordinate the efforts of Mendez's secret operation.  Showing increasing stress from when Mendez lands in Tehran to a glitch on the final day when his superior's decide to throw a monkey wrench in the gears of the operation, his O'Donnell keeps the show extremely on the edge. Also in support, John Goodman as Hollywood movie insider John Chambers and Alan Arkin as Producer Lester Siegel that make up the Hollywood movie link are right on their game adding some very much needed comic relief during some tense scenes in the film.

Argo has been rated R by the MPAA for language and some violent images.  The stress level gets very high in the film, especially since it's based on a true story. Stay for the credits to see the photos of the real six embassy members showing the uncanny resemblance to their actors.

Chris Rebholz
Argo is a must-own for any film fan, curious cinephile, or Awards completest alike.
Full Review | Grade: A

Allison Rose
You would be amiss to forgo buying this cinematic treasure on 4K UHD
Full Review | Grade: A