Argo is a must-own for any film fan, curious cinephile, or Awards completest alike. 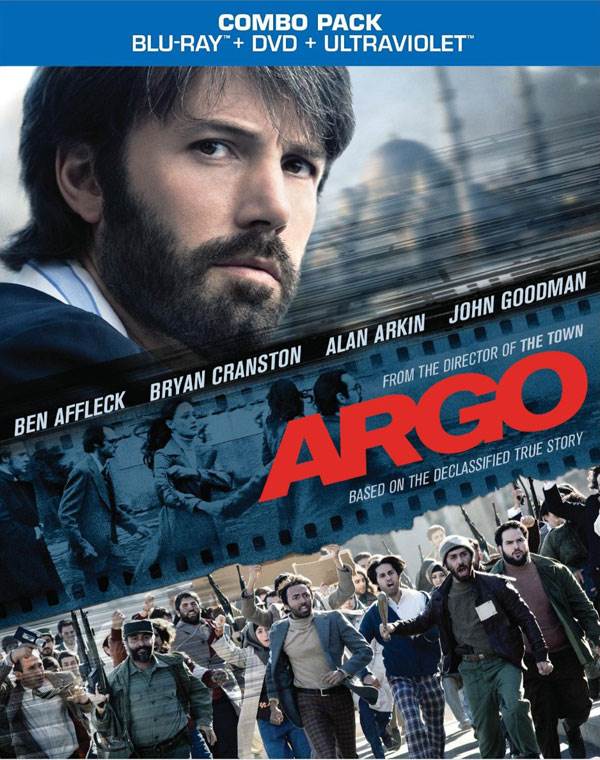 But none of that really matters, does it? Awards are an honor, as most anyone in Hollywood will attest, but they're nothing more than validation, and a subjective industry validation at that. The real question is: does Argo and, by extension, Affleck deserve such accolades and acclaim? The answer: absolutely. Not only has Affleck proved himself a legitimate filmmaking force to be reckoned with -- yet again -- Argo is a tense, expertly crafted, masterfully acted adaptation of a harrowing true story. It is deserving of every nomination, award, and an ounce of praise it receives. Naturally, it's definitely too early to call it the best picture of the year, but it certainly ranks among the best.

With quiet, slow-burn intensity, Argo cranks up the heat, notch by notch, with unnerving poise and precision. Affleck and screenwriter Chris Terrio (working from Mendez's own books and writings, among other sources) meld ensemble performance and calculated pacing to nail-biting ends, transforming an already harrowing escape story into a powerful drama brimming with terrific turns from a terrific cast. Affleck only makes one negligible misstep as an actor -- the indulgent, warmly lit half-smile he brandishes near Argo's close; a third-act staple shot in even his bleakest of films -- and one questionable decision as a director -- the down-to-the-wire takeoff, complete with back-room interrogations, the simultaneous off-site discovery of the true identities of the movie crew, gunmen rushing to stop a flight and military vehicles pursuing a plane, all of which is, ironically, a bit too Hollywood for the film Affleck is making. Otherwise, he delivers in front of the camera and behind, and any suggestion to the contrary has more to do with the small but prevailing disbelief that Affleck's past cinematic sins (Gigli, Surviving Christmas, Reindeer Games) are just that: a thing of the past.

Flanking Affleck is a wonderfully assembled cast with little to no interest in injecting sensationalism into a historical drama as restrained and measured as Argo. Goodman and Arkin have the most fun, and rightfully so, while Donovan and company make the most of their roles as six frightened Americans minutes away from execution or torture at every turn. Back at the CIA, Cranston is outstanding, Kyle Chandler and Chris Messina lend resistance as needed, and every performance falls into place. No one seeks out the spotlight (least of all Affleck), scene-stealing is all but off-limits, and each actor retreats humbly to give others the opportunity to shine. Argo is, at times, as close to a documentary in tone and aesthetic as a docudrama can be, and it's abundantly clear just how much attention was paid to authenticity. Argo may be at the center of the ongoing Best Picture debate, but there's little doubt that it's something special, as well as one of the standout films of 2012.

On Blu-ray this Tuesday, Argo features a faithful transfer with very little to criticize. The archive footage peppered throughout the film often amounts to a standard definition eyesore; forgivable considering any and every anomaly traces back to various late '70s, and early '80s video sources. Warner's DTS-HD Master Audio 5.1 surround track is more involving than one would expect, and quite a bit more aggressive.
As for special features, you only get the best here. Starting with: Picture in Picture: Eyewitness Account: Headlining Argo's supplemental package is an excellent Picture in Picture experience that features interviews with the survivors of the Iran hostage crisis and other notable participants, among them President Jimmy Carter, Tony Mendez, Mark Lijek, Bob Anders, Cora Lijek, Kathy Stafford, Lee Schatz, and USMC hostage Al Golacinski.

Audio Commentary: Director Ben Affleck and writer Chris Terrio cover everything from the unorthodox storyboard-framed opening to script development, casting, performances, production design, and melding of history and fiction used to create Argo's reality.
Rescued from Tehran: We Were There: President Carter, Mendez, and the actual house guests recount the real-life harrowing experience they endured.

Absolute Authenticity: This short production featurette focuses on Affleck's expectations and efforts and his production department's subsequent research and work.

The CIA and Hollywood Connection: Affleck, Terrio, Goodman, and Mendez discuss the CIA's alliance with Hollywood.
Escape from Iran: The Hollywood Option: This 2005 television documentary commemorates the 25th anniversary of the "Canadian Caper," taking us back to this startling affair through the direct testimony of the Americans who found sanctuary at the Canadian embassy in Teheran, and the Canadians who risked their own safety to shelter their closest neighbors.

Argo has some stiff competition for Best Picture at the 2013 Academy Awards, but numerous wins at the Golden Globes, BAFTA, DGA, PGA, and SGA Awards (among others), all seem to point to an Oscar. Overlooked for a Best Director nod, Affleck -- the once B-grade actor turned fully-fledged star and filmmaker -- will have to settle for a producer's statue, though, as well as the knowledge that, regardless of accolades or awards, Argo has been widely and rightfully hailed as one of the best movies of 2012. Thankfully, Warner's Blu-ray release is befitting a film of Argo's caliber. Argo is a must-own for any film fan, curious cinephile, or Awards completest alike.

For more information about Argo visit the FlickDirect Movie Database. This release has been provided to FlickDirect for review purposes. For more reviews by Chris Rebholz please click here.

Allison Rose
You would be amiss to forgo buying this cinematic treasure on 4K UHD
Full Review | Grade: A