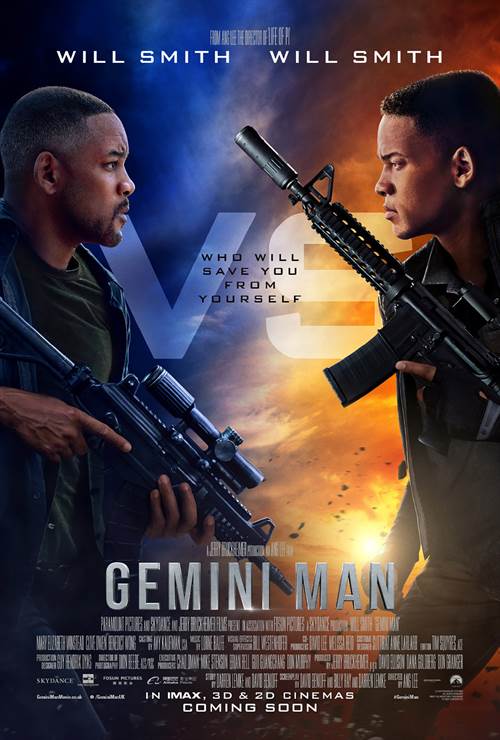 Gemini Man is an innovative action-thriller starring Will Smith as Henry Brogan, an elite assassin, who is suddenly targeted and pursued by a mysterious young operative that seemingly can predict his every move.

Stream Gemini Man in Digital HD/4K from the AppleTV store.

Listen to the Gemini Man soundtrack on Apple Music.


New Decade, New Will Smith? You Decide and Enter To Win Your Ow...  1/10/2020 4:23 PM EST
Award-winning director Ang Lee (Crouching Tiger, Hidden Dragon) once again bought his brilliant filmmaking style to theaters last year with the ambitious film, GEMINI MAN.  In anticipation of the home entertainment release, FlickDirect, in conjunction with Paramount Pictures would like to give two lucky winners a 4K combo pack of the film.To enter for a chance to win one 4K Combo pack of GEMINI MA...  More>> 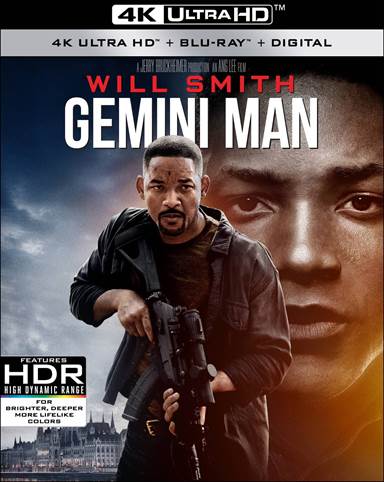 What do you get when you put award-winning director, Ang Lee (Crouching Tiger, Hidden Dragon) together with box office bank actor, Will Smith (Bad Boys), incredible special effect using the most advanced technology available, and a mediocre script? The answer is 2019's, Gemini Man.  In a world of cookie-cutter and recycled plots, the film offers a fresh idea that could have been great except for a lackluster execution.   Over twenty years in the making, Gemini Man has some interesting moments and very well done action sequences so if you haven't already seen it (or if you are a HUGE Will Smith fan) you may want to consider buying it as it hits stores this week.

Assassin Henry Brogan (Smith) is ready to retire.  However, he has one last job to shoot a terrorist on a moving train.  Once the job is complete though, Henry is told the man was innocent and hadn't done what he was accused of doing.  As Brogan begins to investigate the misleading information, members of his inner circle are murdered.  When Brogan's home is invaded he ends up on the run with Danny (Mary Elizabeth Winstead; 10 Cloverfield Lane) an agent sent to keep tabs on Brogan.

With the help of a friend Brogan and Danny manage to escape to Columbia but Brogan soon realizes that there is someone out to kill him.  However, when he gets a quick look at the assassin's face in a mirror, the young man seems eerily familiar.  Brogan sees the reflection of his younger self and somehow begins to wonder if he could possibly have a son he never knew about.  However, the explanation is far more sinister and twisted as Brogan discovers he had been cloned by scientists (including the one he killed on the train) and the man behind it is Clay Varris (Clive Owens; Closer), who raised Brogan's clone as his own adopted son.  Brogan must now figure out how to outwit his younger self without killing his clone.

Will Smith does an incredible job playing both the 50-year-old Brogan and his clone.  Done with motion capture and CGI, Smith had to play both roles convincingly, which he manages to pull off.  Winstead, is a good match for Smith as her character is outwardly of average intelligence but inside she is obviously extremely intelligent.  Owens does a fine job as the antagonist, which makes the audience despise him, as they should.

Gemini Man is the first 4K release in 60 fps and the difference is obvious and a little disconcerting.  With the enhanced clarity the viewer can truly feel as if they are in the movie, hiding out in Columbia or Budapest.  However, since we are unaccustomed to seeing such vivid scenes, it seems rather fake, as if we are watching a telenovela.  The Dolby Atmos audio is just as strong as the video quality with guns firing and bombs exploding all around you.  The combo pack comes with the 4K disc, Blu-ray disc, and Digital HD.  There are also a number of interesting extras including: Visual Effects Progression by Weta (found on the UHD) Alternate Opening, Deleted Scenes, The Genesis of Gemini Man, Facing Your Younger Self, The Future Is Now, Setting the Action, Next Level Detail, and The Vision of Ang Lee.

This project was an ambitious undertaking that began back in the 1990s so one would hope it would have been fine-tuned by this point but it clearly wasn't.  While the CGI and acting are excellent the script is less than polished.  There is this wonderful build-up and sense of discovery that, in the end, doesn't deliver what the first two acts seem to promise.

Gemini Man is a fairly entertaining film but ultimately it is an unsatisfying journey.  It is predictable and anti-climatic and leaves its audience wanting more depth and insight. 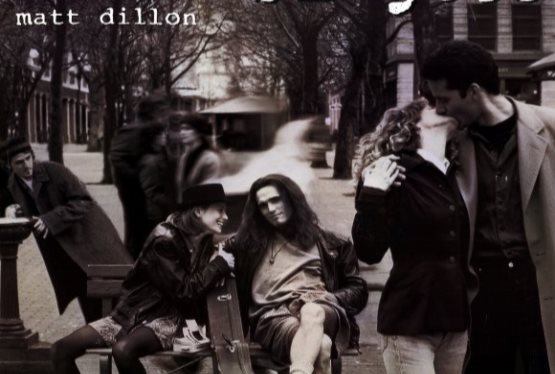