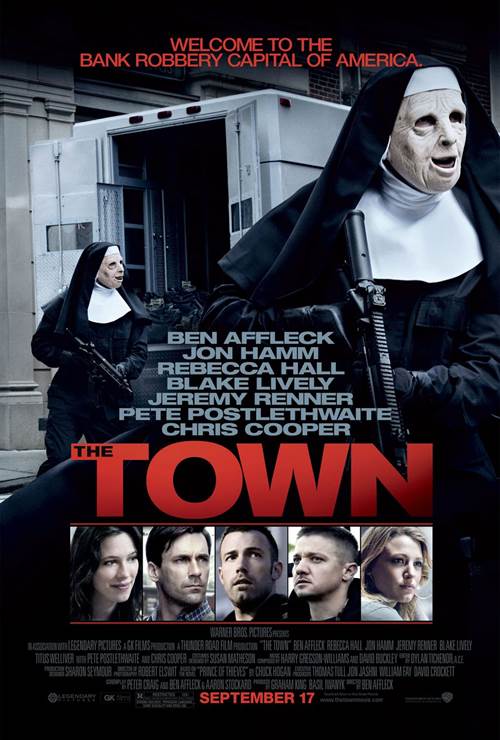 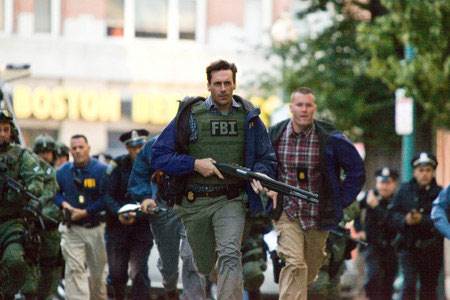 Doug MacRay (Ben Affleck) is an unrepentant criminal, the de facto leader of a group of ruthless bank robbers who pride themselves in stealing what they want and getting out clean. With no real attachments, Doug never has to fear losing anyone close to him. But that all changed on the gang's latest job, when they briefly took a hostage--bank manager, Claire Keesey (Rebecca Hall). Though they let her go unharmed, Claire is nervously aware that the robbers know her name...and where she lives. But she lets her guard down when she meets an unassuming and rather charming man named Doug...not realizing that he is the same man who only days earlier had terrorized her. The instant attraction between them gradually turns into a passionate romance that threatens to take them both down a dangerous, and potentially deadly, path.

Stream The Town in Digital HD/4K from the AppleTV store.

The Town images are © Warner Bros.. All Rights Reserved. 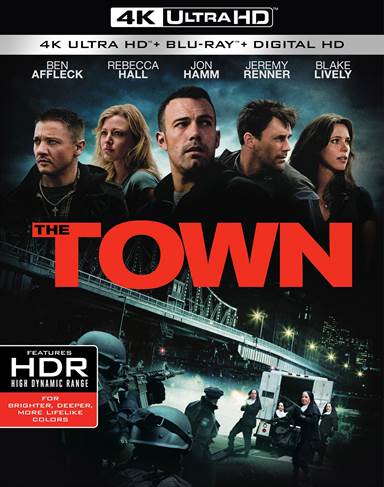 They say people are a product of their environment, although I'm not exactly sure who "they" are.  However, for one Boston area neighborhood, it seems to be a true statement. Charlestown, a lower income area, raises a large number of criminals, especially bank robbers. For Doug MacRay (Ben Affleck; The Accountant) and his friends, this is accurate and they have certainly honed their craft to become experts.  Thus is the plot of 2010's The Town.

Doug is the cool and calm member of the 4 person team that has been robbing banks and armored trucks around Boston.  He is the brains to his buddy, James' (Jeremy Renner; Avengers), brawn. However, when James takes a hostage, Claire, (Rebecca Hall; The Prestige) and then lets her go, Doug opts to follow her instead of letting James kill her. As Doug gets closer to Claire, he finds himself having feelings for her just as the FBI is starting to close in.

When Claire finds out who Doug really is, she is devastated. However,  Doug sees a different future with her and wants to leave Boston and change. Unfortunately, Fergie "The Florist" (Pete Postlethwaite; Inception) wants the group to do one last job worth $3 million dollars even though the FBI is watching them.  When it all goes wrong, most of the gang ends up in a bad place and Doug has to flee the state and leave Claire behind.

The Town is another fine example of Affleck's directorial talents, while it also managed to garner Renner an Oscar nomination.  With a strong cast including Hall, Jon Hamm (Madmen) and Blake Lively (Gossip Girl), the town is a thrilling ride with a somewhat tragic love story attached.  Every character is nuanced, which moves the plot along, and Affleck does a terrific job of keeping the story flowing.

The 4k Blu-ray is exceptional quality and the 2160p high definition video has spectacular clarity.  The colors are vibrant, especially Affleck's and Hall's scenes in the community garden.  The DTS-HD Master 5.1 audio is sharp and each gunshot can be heard clearly; however, this disc suffers the same fate of so many others in that the audio isn't mixed well. I was constantly adjusting the volume from action sequences and dialogue.

The combo pack includes the following extras on the Blu-ray disc:

The Town is a gripping look at crime in the greater Boston area and a streetwise guy looking to turn his life around. Affleck was the perfect choice to create this film, as he is Boston raised and he helped to write the screenplay.  In someone else's hands, I'm not sure it would have been as effective. It's amazing to see the transformation of Affleck professionally. From playing an obnoxious retail worker in Mallrats to becoming a successful actor and screenwriter and, now, successful director, he has really come a long way. Between this film and Argo, I find myself more and more impressed with the talent of this show business veteran.

For those who love this movie and who own a 4K Blu-ray player, this is a great option for a holiday gift.  It certainly is a film you want to add to your permanent collection.