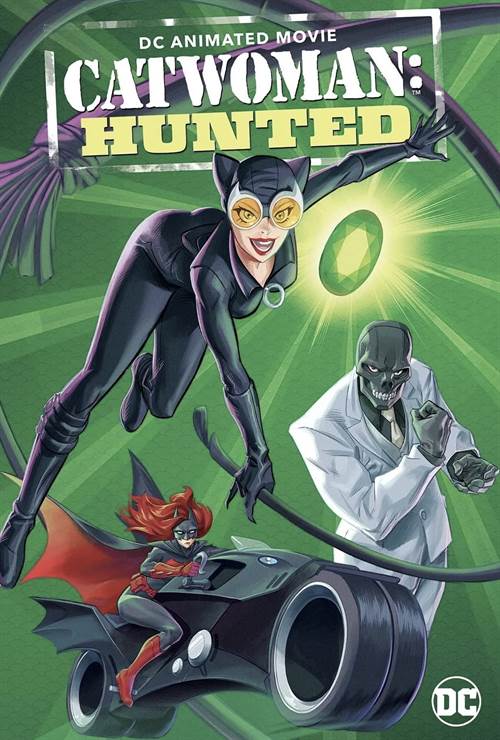 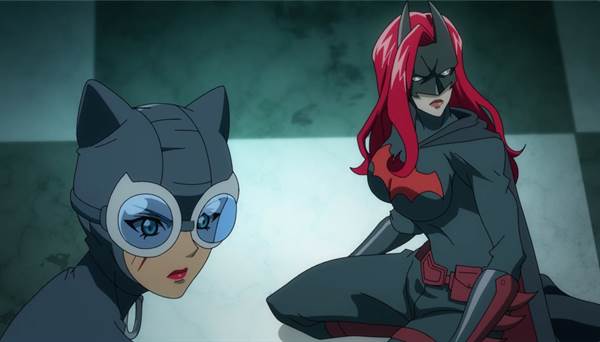 Catwoman, aka Selina Kyle, has no qualms about risking her nine lives when a prize like the world's most valuable emerald is the reward. But with Batwoman and Interpol maneuvering to spoil her fun, she must tread lightly. Complicating this game of cat and mouse is the global crime juggernaut Leviathan, deadly assassins, and a trail of twist and turns that may just trip up this nefarious feline.

Stream Catwoman: Hunted in Digital HD/4K from the AppleTV store.


See an Advance Screening of Black Adam in Florida  10/6/2022 4:39 PM EST
It seems as though everyone is getting into the Superhero business so it was only a matter of time before Megastar, Dwayne Johnson (Jumanji: Welcome to the Jungle) threw his hat into the ring.  Heading to theaters this month, Johnson will portray DC's powerful and long-imprisoned Black Adam, who unleashes his power on the modern world.Before it opens on Friday, October 21, 2022,  New Line Cinema, ...  More>>

THE BATMAN Is Coming Out This Week… Win FANDANGO Tickets!  2/28/2022 9:50 AM EST
The hugely anticipated THE BATMAN, from Warner Bros. Pictures, stars Robert Pattinson in the dual role of Bruce Wayne and The Batman as the young vigilante is faced with a mystery to solve and faced with such iconic Gotham characters as Selina Kyle, The Riddler, and The Penguin. From filmmaker Matt Reeves. Opening only in theaters on March 4th. Warner Bros. in conjunction with FlickDirect would li...  More>>

Suicide Squad Spin Off Peacemaker Premieres January on HBO Max  10/16/2021 8:41 PM EST
A teaser trailer for the Max Original series PEACEMAKER, has been released by HBO Max at DC FanDome.  The series was written and directed by James Gunn and produced by Peter Safran.  The DC series is scheduled to debut Thursday, January 13.PEACEMAKER will investigate the origins of the character, portrayed by John Cena in James Gunn's 2021 film, "The Suicide Squad."  The character believes in peac...  More>>

Helen Mirren to Star in Shazam! Fury of the Gods  3/24/2021 2:06 PM EST
Helen Mirren has signed on to join the cast of "Shazam! Fury of the Gods". She will play the villain Hespera, a daughter of Atlas.Zachary Levi will reprise his role of Shazam/Billy Batson for the film, which follows the story of a kid who inherits superpowers of six gods - Solomon, Atlas, Zeus, Achilles, and Mercury. The character was created by  Bill Parker and C.C. Beck. 2019's original earned o...  More>>

Wonder Woman 1984 Release Pushed Back to 2020  10/22/2018 3:12 PM EST
"Wonder Woman 1984" has had its release date pushed back to June 5, 2020. Originally, the film was slated for a Nov. 1, 2019 release.Jeff Goldstein, Warner Bros. President of Domestic Distribution, said, "We had tremendous success releasing the first Wonder Woman film during the summer so when we saw an opportunity to take advantage of the changing competitive landscape, we did. This move lands th...  More>> 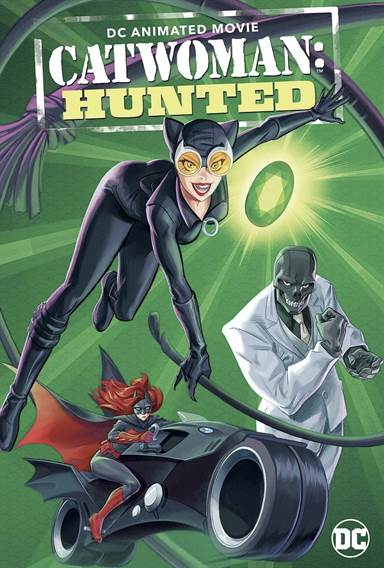 While the beginnings of the DC Animated Universe can be traced back to the 1992 television series, Batman: The Animated Series, the DC Universe Animated Original Movies are only half that age.  Coming into its own in 2007 with Superman: Doomsday, these films are generally suited to more mature audiences and, more often than not, are direct to video releases.  Last summer DC Animation Original Movies released the two-part film, Batman: The Long Halloween that, unlike previously released movies, had a film noir quality to the animation.  This month, DC animation once again veered from its typical creative path with Catwoman: Hunted.  The eighty-minute-long film blended typical DC animation with Anime and offered a very heavily jazz-influenced soundtrack.

Selina Kyle/Catwoman (Elizabeth Gilles; Victorious) is an agile and cunning thief and She has set her eye on, appropriately, the cat’s eye emerald.  Crashing a costume party held at Barbara Minerva’s (Kirby Howell-Baptiste; The Good Place) Mansion, Catwoman uses her skills and gadgets to break into the safe and steal the Emerald.  Pursued by the Black Mask/Roman Sionis (Jonathan Banks; Breaking Bad) and his henchmen, Catwoman eventually evades them only to be brought down by Batwoman (Stephanie Beatriz; In the Heights).  Working with Interpol and the CIA, Batwoman offers Catwoman immunity from her crimes in exchange for her becoming the bait to help authorities bring down the Leviathan Organization.  While she reluctantly agrees, neither Catwoman nor the authorities could imagine what she is up against.

Both Gillies and Beatriz have well-trained singing voices and their sultry and silky tones lend themselves to these two adversaries who become temporary allies.  They each make the characters believable, validating the idea that casting them was a wise move.  Banks’ tone is harsher and much more sinister, as one should expect from Black Mask.  He does a fine job bringing this villain to life, vocally.  Perhaps one of my favorite vocal performances though comes from veteran voice actor Steve Blum (Cowboy Bebop: The Movie) who voices the giant Solomon Grundy as he recites the same poem repeatedly.  Yet, somehow, it doesn’t ever get annoying.

While most of the DCAU films don’t offer the best video quality, Catwoman: Hunted is slightly a notch above many of the others.  The anime offers a departure from the traditional illustrations, but the colors are bright and don’t bleed through.  The lines and angles are generally clean but there are a few rough edges that are visible.

The DTS-HD Master Audio 5.1 fares better than its video counterpart highlighting the soundtrack that is made up mostly of jazz music.  The dialogue is clean and crisp, and the sound effects make use of all the speakers offering a full and robust aural experience.  The audio track is the same for both the 4K disc and the standard Blu-ray.

The combo pack includes a digital download code, and the limited extras can be found on the Blu-ray.  They include the nineteen-minute featurette called When the Hunter Becomes the Hunted and the forty-minute piece, narrated by Tara Strong, called Catwoman: The Feline Femme Fatale.  While somewhat interesting, the latter extra could have been more finely edited.

What Catwoman: Hunted lacks in plot, it makes up for with chase/fight scenes. Said scenes are well done but there needed to be a more well thought out story between those to make this DCAU film interesting.  Fans will want to buy this pack but for those teetering on the edge, they might be a little disappointed in the set.

If you like Catwoman, anime, and tons of fight scenes with a lack of a fully formed storyline, then Catwoman: Hunted is right up your alley.