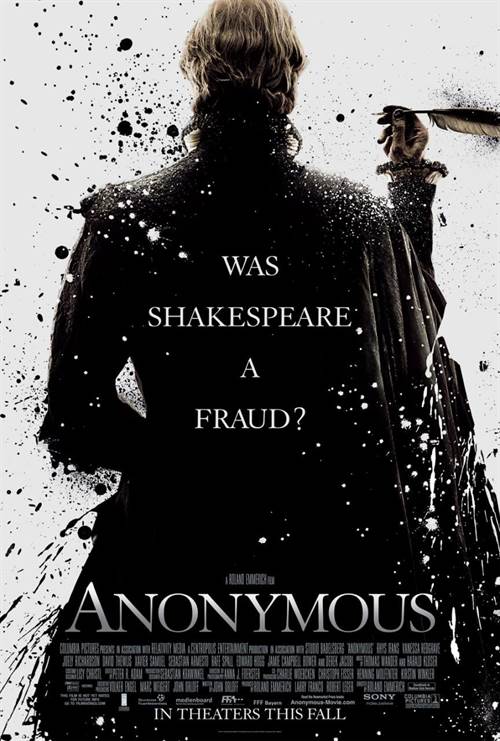 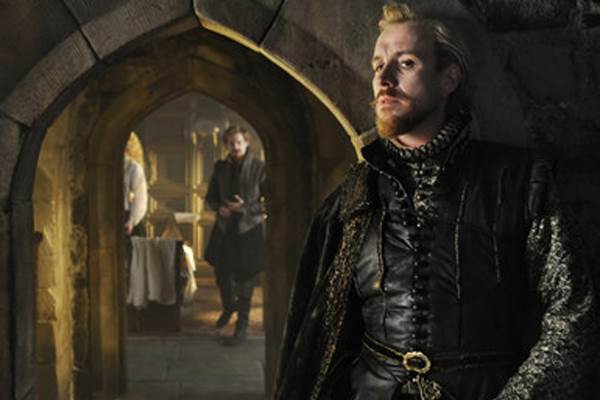 Set in the political snake-pit of Elizabethan England, Anonymous speculates on an issue that has for centuries intrigued academics and brilliant minds ranging from Mark Twain and Charles Dickens to Henry James and Sigmund Freud, namely: who was the author of the plays credited to William Shakespeare? Experts have debated, books have been written, and scholars have devoted their lives to protecting or debunking theories surrounding the authorship of the most renowned works in English literature. Anonymousposes one possible answer, focusing on a time when cloak-and-dagger political intrigue, illicit romances in the Royal Court, and the schemes of greedy nobles hungry for the power of the throne were exposed in the most unlikely of places: the London stage.

Stream Anonymous in Digital HD/4K from the AppleTV store. 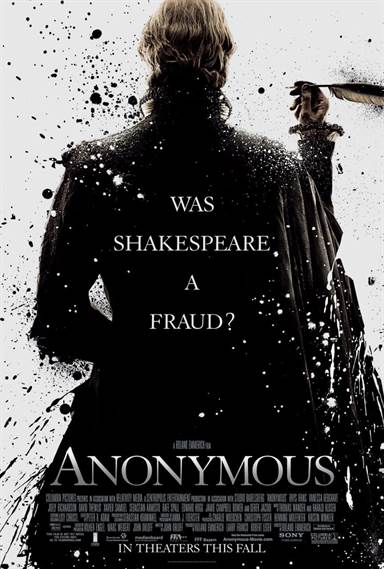 I hope the film Anonymous is true because as being a former Theatre (plays) critic it has always intrigued me if William Shakespeare did or didn't write his sonnets and plays.  So, being the kind of guy I am and having enjoyed the film so much, it must be very near the truth.  Even if this period piece was all contrived, the settings, costumes, acting and directing provide some awesome entertainment.

The film centers on Queen Elizabeth (Vanessa Redgrave) during her reign in the early 17th Century and Edward de Vere (Rhys Ifans) the Earl of Oxford.  Elizabeth has been getting very crotchety at this point in her life and shows it with malice.  Her attendants get the brunt of her emotional trauma but Edward is not without some of the impudence.

Over many years Edward has taken a favor of writing poetry and prose and now in his latter life has chosen to turn some of it theatre. Knowing that Elizabeth will not be happy with his providing entertainment for the local playhouse, he seek out Ben Jonson (Sebastian Armesto), a member of the Globe Theatre and gives him one of his plays.  The play gets performed and the audience wants to know the writer.  Being sworn to secrecy Johnson does not come forward.  Instead Shakespeare (Rafe Spall) comes forward to take the credit.  So begins the intriguing plot that includes danger, revelations, dastardly deeds, greed and an attempt at royal power.

Director Roland Emmerich (Independence Day) takes his cast into an era of evocative emotion when England stood on a dangerous precipice and only Elizabeth's strong powerful devotion to her throne could hold back an insurrection.  Vanessa Redgrave gives a powerful performance as the ‘wicked' Queen who used her authority to manipulate the people around her.  But, as Edward de Vere, Rhys Ifans one-ups her acting with an impeccable performance of his own.

Anonymous provides a platform for an amazing costume piece.  Combined with some gorgeous sets, special lighting, wide-angle cinematography and excellent make-up the presentation makes a show of its own.  Dazzling gowns, suits, ruddy town's garb, stalwart guard uniforms and much more set the period in all its glory.  Plays dressed and presented on the ‘Globe Theatre' stage are striking, rambunctious and fun to watch.

As for the validity of the speculative matter here is what Wikipedia says about the subject: "Around 150 years after Shakespeare's death, doubts began to be expressed about the authorship of the works attributed to him. Proposed alternative candidates include Francis Bacon, Christopher Marlowe, and Edward de Vere, 17th Earl of Oxford. Several "group theories" have also been proposed. Only a small minority of academics believe there is reason to question the traditional attribution, but interest in the subject, particularly the Oxfordian theory of Shakespeare authorship, continues into the 21st century". http://en.wikipedia.org/wiki/William_Shakespeare

Anonymous is rated PG-13 for some violence and sexual content. The movie runs two hours and ten minutes but moves along at a fast clip with a feast for the eyes. 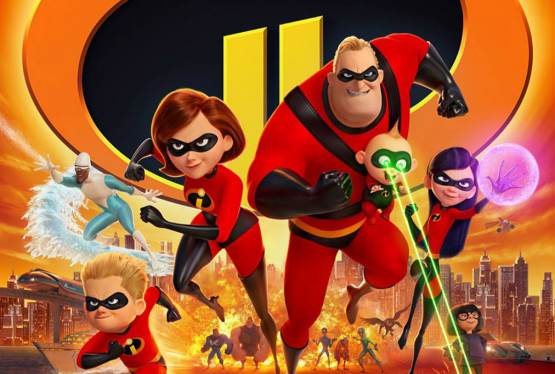