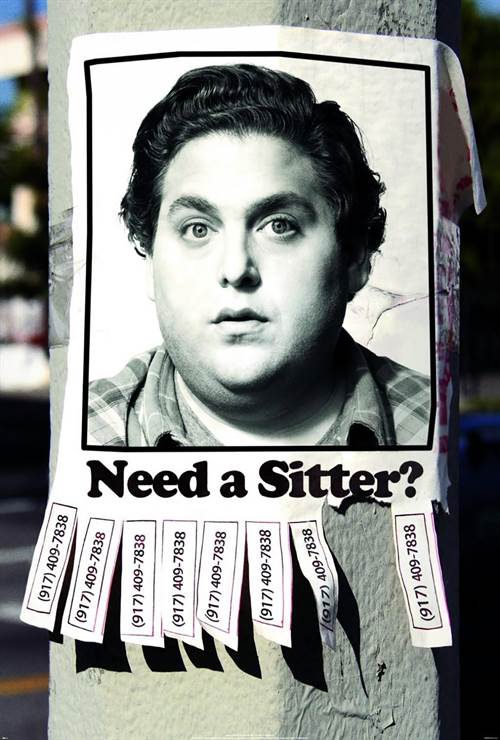 Get even more raunchy laughs and insane action in this special Unrated version of THE SITTER! Jonah Hill rides out one outrageously wild night in this hilarious comedy from the director of Pineapple Express. Suburban slacker Noah (Hill) is watching a neighbor's kids when he gets a booty call from his girlfriend in the city. To hook up with her, Noah takes to the streets, but his urban adventure spins out of control as he finds himself on the run from a maniacal druglord.

Download The Sitter in Digital HD/4K from the iTunes store.

The Sitter images are © 20th Century Studios. All Rights Reserved. 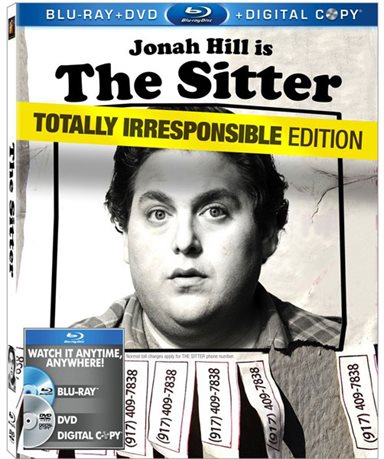 Out on Blu-Ray is the 2011 movie produced and starring Jonah Hill, The Sitter.  The plot is very simple.  Jonah Hill plays Noah Griffith, a college student dropout who is coaxed into babysitting the kids of a family friend.  Things go wrong that night leading to Noah taking the kids out downtown.  In fact, it is almost a mirror copy of the general plot of Adventures in Babysitting, just with modern situations and much coarser language.

Noah still lives with his mom, and thinks he is in a relationship with Marisa (played by Ari Graynor), who is really just using him for various things.  Noah's mom is planning on going out on a date with her friends, the Pedullas.  Unfortunately the Pedullas' babysitter cancels at the last minute so Noah steps in so his mom can go out.  The Pedulla children consist of Slater (played by Max Records), a 13 year old with severe anxiety; Blithe (played by Landry Bender), who seems to be a 7 year old girl who likes to wear make-up that even her mom says makes her look like a hooker; and Rodrigo (played by Kevin Hernandez), who was adopted from El Salvador and seems preoccupied with watching UFC or blowing things up.  Noah really doesn't want to babysit the kids and the kids know it.  But then Noah gets a call from Marisa, who wants to hook up with him.  Noah doesn't tell her that he's babysitting so he decides to take the kids with him for what he thinks is a short trip.

Things don't work out like he was expecting and he ends up taking the kids on an adventure that could only be imagined in the movies.  The unrated version is exactly that – there is more said and done that would never be allowed in even in R-rated film.  While some of the language may have fit with the movie, I really do believe that the whole general idea behind the movie is lost behind the crude situations and excessive language that it contains.  Behind the night of adventures, the four main characters all take away something from what happens during the night.  By doing so they have grown and that growth is sometimes sudden but understandable considering the events.  However, keeping track of them and their own storylines that are interweaved in Noah's gets difficult.  So just like Adventures in Babysitting, the main characters go have an adventure that affects them personally even if you don't think it will – which is a good thing but the details of the events just drag the movie down to not be as enjoyable as the movie it mirrors.

The Blu-Ray includes the unrated and theatrical releases, a digital copy and several extras, including twenty-five minutes of deleted scenes and a featurette about Jonah Hill the Producer.