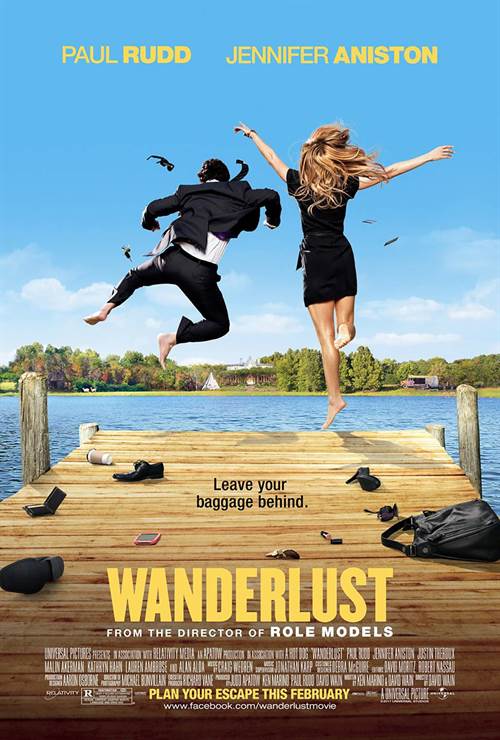 Linda (Jennifer Aniston) and George (Paul Rudd), a married couple who finds they are unable to afford their Manhattan home after George loses his job. As a result they are forced to drive to Atlanta to move in with George’s brother. However, along the way, they find themselves in a commune instead of what they thought was a bed and breakfast. Linda and George decide to take the term “free love” literally during their wild stay at the commune.

Stream Wanderlust in Digital HD/4K from the AppleTV store. 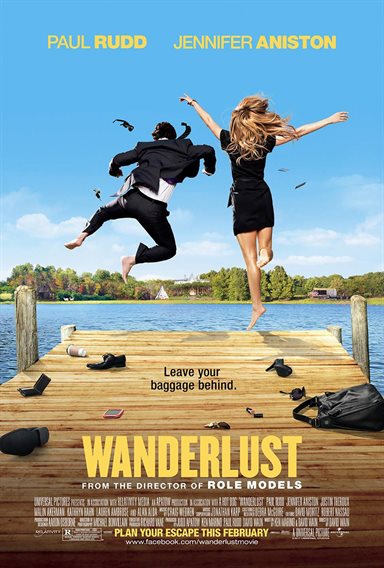 Trust falls? Rap sessions? Giggle weed? Whatever tools of the trade Paul Rudd and director David Wain share to dream up the kind of inspired nutso stuff Rudd has done in smart-funny-raunchy winners like Wet Hot American Summer and Role Models. But whatever it is, the two are in a groove — and backed up by some blissed-out creative co-conspirators — in Wanderlust.

The setup is sturdy. Rudd and co star Jennifer Aniston play George and Linda, sharp-edged Manhattanites who can barely afford their tiny living quarters — known as a "micro-loft," in Realtor-speak — even when George brings home a salary from his hated corporate job. (Linda, still looking for her career groove, fails to sell HBO on a super-depressing documentary about penguins with cancer.) Then George loses that hated job. The broke couple needs to flee NYC. So they hit the road, resigned to accepting shelter and abuse from George's gloriously obnoxious "successful" brother down in Atlanta, a prize pig played to the snout by Wanderlust co screenwriter/producer Ken Marino (Role Models). But somewhere on the road south, George and Linda stumble upon a kind of hippie-dippy Brigadoon, a past-its-prime Shangri-la, a commune called Elysium. The place preaches peace and free love and beverages made of twigs, and is populated by crackpots just charismatic enough to seduce a pair of BlackBerry addicts like George and Linda. None is more appealing — and full of crap — than the alpha male called Seth, played with goofy gusto by Justin Theroux.

What happens in Elysium doesn't stay in Elysium: The alternative lifestyle begins to change the personality DNA of our essentially straight-arrow visitors. And that's exactly the sweet spot where this comedy — rooted in craziness that breaches the walls of "normal" — lets Rudd shine. The actor is so clean-cut cute, yet so fearlessly capable of rolling in happy raunch. Actually, every actor who gets the joke shines, even when the story occasionally bumbles and bobbles its momentum. It's a thrill to see sexy Malin Akerman (The Proposal), Six Feet Under's peachy Lauren Ambrose, priceless Kathryn Hahn (so memorable an adversary for Rudd in Our Idiot Brother), and elder statesman Alan Alda bond over hippie clichés. And, no small thing, it's a pleasure to see Aniston thrive in her comedy zone, secure in the knowledge that for every inch of propriety she's willing to cede, Paul Rudd is ready to get 10 times as crazy for a grateful nation.

Wanderlust is a breath of fresh air, especially during these winter months when any hope of a decent movie is few and far between. 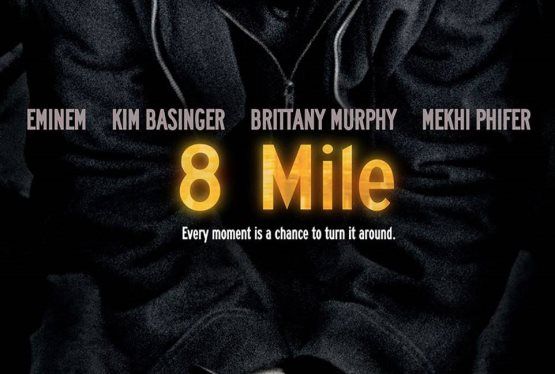 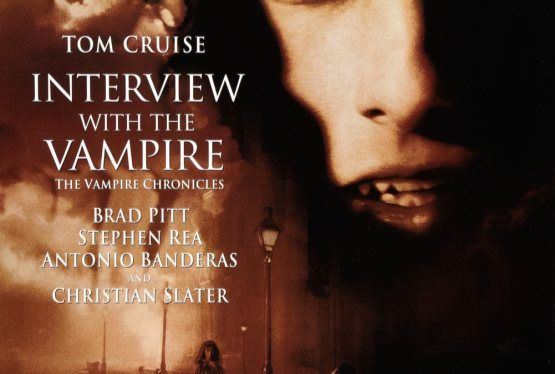