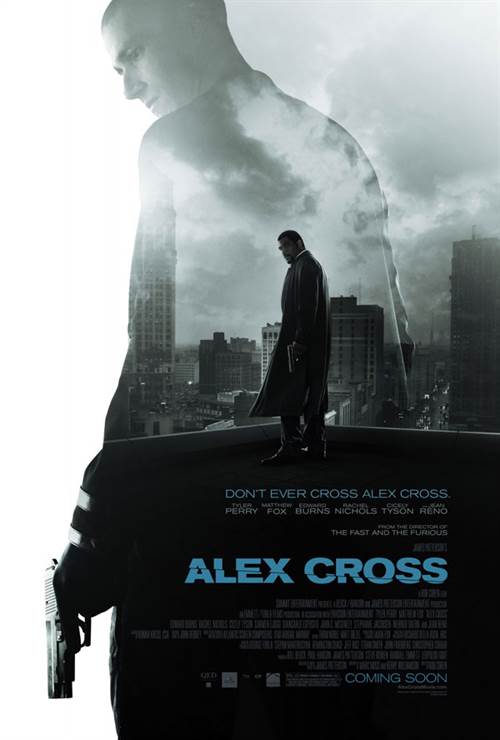 ALEX CROSS follows the young homicide detective/psychologist (Tyler Perry), as he meets his match in a serial killer (Matthew Fox). The two face off in a high-stakes game of cat and mouse, but when the mission gets personal, Cross is pushed to the edge of his moral and psychological limits in this taut and exciting action thriller.

Stream Alex Cross in Digital HD/4K from the AppleTV store. 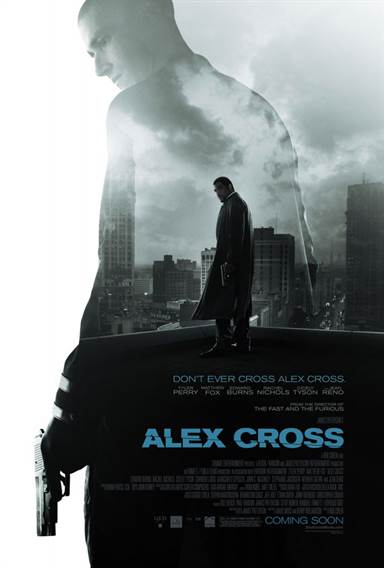 Even with fine acting on the part of the central cast, Alex Cross rises to no more than average due to uneven directing and a weak screenplay. That said the film's main star Tyler Perry should draw a huge audience of curiosity seekers who want to see his first film starring role as an action actor.

The story centers on Alex Cross (Tyler Perry) a homicide detective with crime scene smarts.  Called the doctor because he's also a Psychologist, the determined criminal profiler has the ability to see things that other officers miss.  His partner Tommy Kane (Edward Burns) has known Cross since school days and the two are inseparable. The two cops are well respected in the Detroit PD and are usually the first at the crime scene for Cross's intellectual observances.

Cross gets called to a rich estate where they find dead bodies inside the entrance and stairs.  In the bedroom they find a dead woman tied with her stockings to her bed.  After going over the evidence, Cross breaks down what he thinks happened.  They get a lead from the crime scene and Cross, Kane and Detective Monica Ash (Rachel Nichols) start tracking down the killer (Matthew Fox as Picasso). When other bodies start turning up and the three detectives get too close to Picasso, they become the hunted.

I am amazed at the acting range of Tyler Perry who ditches the dress (Madea) for a detective suit, drops his signature comedy and dives into a serious role that shines.  His Alex Cross has brains, brawn and proficiency needed to track down the killer.  Fitting right into the genre, Perry even shows he can deal out the emotions and temper necessary to carry an action audience. Totting a shotgun for his weapon of choice, his run in with Picasso in an office building includes a lot of damage in an exciting scene of violence and mayhem.

Other drawing cards for the film include Matthew Fox (Lost) making his character Picasso extremely chilling. He had me on the edge of my seat during every cringing moment of his screen time. Playing the vicious serial killer being tracked down by Cross and Kane he exudes fear and cunning killing skills that make his role menacing enough to boost the film up from a lower level disappointment.

Marc Moss and Kerry Williamson, the screenplay writers, string out their screen story adding too much build up between scenes.  The film becomes a ‘Chatty Cathy' with an over abundance of dialogue between action sequences.  This slows down the thriller and makes it ho hum rather than a nail biter.  The blame has to be shared by director Rob Cohen who should know better.  I didn't see any let up in his xXx and Fast and Furious.  The two thrillers let action take over the movie generating excitement rather than routine story filler that gets used to flesh out his characters in Alex Cross.

Alex Cross has been rated PG-13 by the MPAA for violence including disturbing images, sexual content, language, drug references, and nudity.  Some of the scenes that include killing by Picasso may be a little too violent and sadistic for the immature so be mindful of this before giving your pre-teen or young teen permission to see the film. Warning: Most all the action is shown in the movie trailers so try to avoid them if possible.