Home / Movie Database / I Am Legend 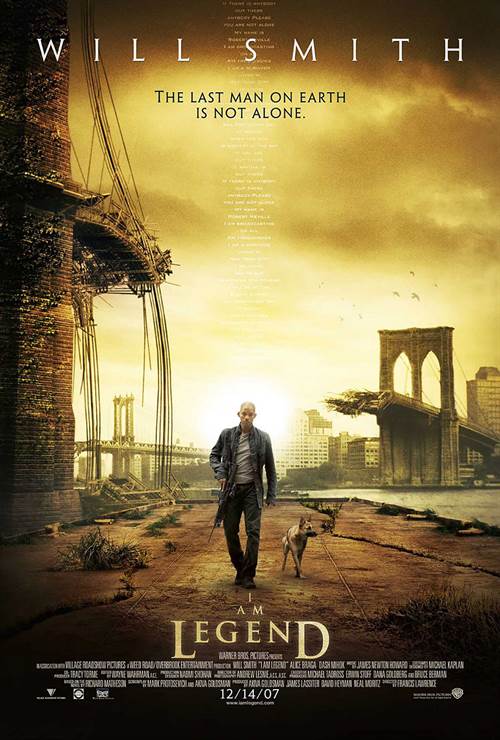 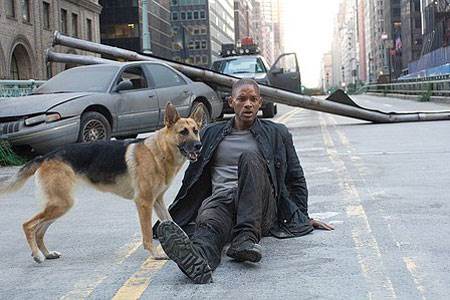 Robert Neville is a brilliant scientist, but even he could not contain the terrible virus that was unstoppable, incurable, and man-made. Somehow immune, Neville is now the last human survivor in what is left of New York City and maybe the world. For three years, Neville has faithfully sent out daily radio messages, desperate to find any other survivors who might be out there. But he is not alone. Mutant victims of the plague -- The Infected -- lurk in the shadows... watching Neville's every move... waiting for him to make a fatal mistake. Perhaps mankind's last, best hope, Neville is driven by only one remaining mission: to find a way to reverse the effects of the virus using his own immune blood. But he knows he is outnumbered... and quickly running out of time.

Purchase DVD/Blu-ray/4K UHD physical copy of I Am Legend today at Amazon.com

Download I Am Legend in Digital HD/4K from the iTunes store.

Listen to the I Am Legend soundtrack on Apple Music.

I Am Legend images are © Warner Bros.. All Rights Reserved.


I am Legend Sequel Talks In The Works  1/1/2009 9:36 PM EST
Rumors surrounding an "I Am Legend" prequel have been put to rest.  According to Ain't It Cool News, the follow up film with actually be a sequel.  Initially, Will Smith developed a prequel,with the story focusing on Smith an a few survivors of the virus. The movie would play out with Smith's character getting involved with these survivors and trying to treat them, unsuccessfully.  The idea wasn't...  More>>

I Am Legend Prequel In The Works  10/7/2008 11:17 AM EST
According to Variety, there will be an "I Am Legend" prequel released.  The Warner Bros. film will be the follow up to the 2007 smash hit starring Will Smith.Smith will reprise his role as Dr. Robert Neville, and will also be co-producing the film with James Lassiter, his partner at Overbrook Entertainment.  Francis Lawrence will direct and the screenplay will be written by D.B. Weiss.The film wil...  More>> 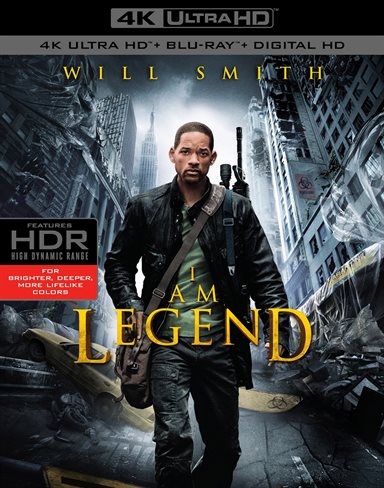 If you had to abandon your city because of an outbreak of a zombie vampire apocalypse, leave everything behind, and put every fiber of your being into the one person who might be able to save the world, who would it be?  You'd want someone with a suave attitude, good looks, a sarcastic sense of humor to help keep him alive and the dialogue interesting.  You'd also want that person to have verifiable prior experience at saving the world.   Only one person could be hired to do the job - Will Smith.

Will Smith has progressed from a smart mouthed city kid in Bel Air to one of the most sophisticated actors in Hollywood.  His movies stem from comedy to action to drama.  He doesn't limit himself and his acting skills span over many genres without suffering.  Smith's performance in I am Legend is no exception.

After an outbreak of a virus that turns some New Yorkers into what appear to be zombie vampires, Robert Neville (Will Smith; Independence Day), sends his family away so that he can stay behind and try to find a cure for the plague.  Armed with his trusty dog, Sam, and weapons, Neville, who happens to be a brilliant scientist, ventures out during the day to try to research the zombie vampires and find a cure.   The movie is written as if he's the only non-infected survivor in the world, pillaging other people's apartments for food and other items that may help him continue to exist, leaving you to wonder why Neville keeps moving forward in the forsaken, abandoned world we see on screen.

Neville cannot be out after dark and when he enters his home, he locks and bars everything to the outside, making sure no lights can be seen or noise heard, after dark.   Working from his basement, he's tried every possible way to find a cure and his experiments are videotaped and recorded.  Unfortunately, on one of his daily expeditions, his loyal dog gets bitten by one of the creatures and Neville has to put Sam down.  Smith's performance is both horrifying and deeply emotional at the same time.

The writers finally let us in on a little secret; despite appearing so throughout the majority of the film, Smith's character, Neville, is not the only survivor.  A woman and child chance upon Neville and he invites them into his home.  When the zombies attack Neville's residence, Neville realizes that the only way out is for someone to physically attack the creatures that invaded his home.  Sacrificing his own life in an attempt to save the mom and child, is such a selfless act that you will actually forget to breathe when it's clear Smith's character is gone.

There are many zombie/vampire/apocalypse movies out there; even some with Will Smith as the star.  Nonetheless, Director Francis Lawrence does a fantastic job keeping you as interested in the timeline of Dr. Neville's science experiments, as he does in the actual story of Neville's existence.  Lawrence's direction of the lack of background music in parts of the movie accentuates the loneliness that Dr. Neville must feel and the routine he must adhere to in order to survive.

The 4K video is presented in 2160p with an aspect ratio of 2.41:1.  In contrast, the additional Blu-ray is presented in HD 1080p.  Clearly, the 4k provides exceptional details and clarity compared to the 1080p, but if you don't have a 4K TV and haven't experienced 4K, you won't be missing anything and the HD Blu-ray will still be a pleasure to watch. Those looking for a Doly Atmos audio mix will be disappointed. However, the DTS-HD  5.1 soundtrack is very crisp and clean with dialog mainly relegated to the center channel and the special effects to the rear channels.

My only issue with the 4k Blu-ray is that while Warner Bros. includes a Theatrical Version of the movie with Commentary, by far, one of the greatest bonus features the theater can provide, the other bonus features can only be found on the HD Blu-ray.   Nonetheless, since you get both discs with your purchase, it is a worthwhile buy and includes the following bonus features:

I am Legend highlights Will Smith's ability to carry an entire movie by himself almost, if not as well, as Tom Hanks.  Smith's choice of movies ranges from comedies to travesties and this film clearly shows his depth of acting in a level that I don't think was seen in him prior to 2007.  To me, this was the beginning of watching Smith come out of his shell and take on roles that require so much depth of emotion that only a first class actor can pull off.  Smith definitely deserves applause for his abilities in I am Legend.  I missed this film on the big screen but I am very pleased to have it added to my home collection in 4K.  Definitely worth the purchase.

Read More I Am Legend Reviews