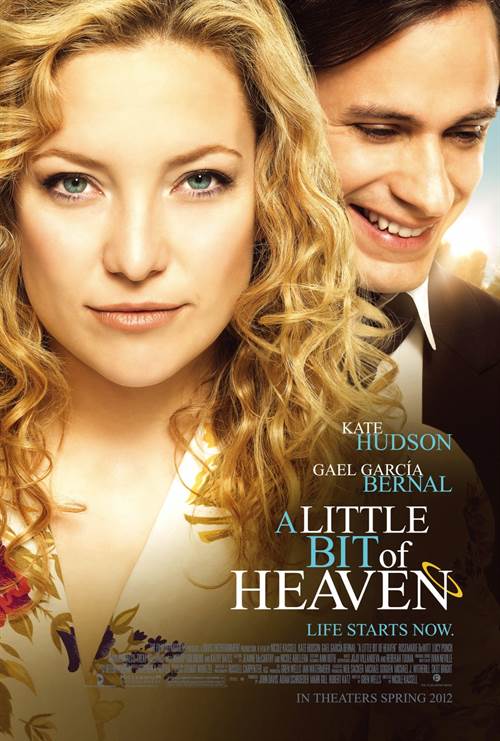 Marley Corbett (Hudson) is young, beautiful, and wildly funny, but she's afraid of opening herself up to true love and commitment. Though she uses her humor to prevent matters from getting serious, a life-changing visit to her doctor (Bernal) sends both of them on an eye-opening adventure of mutual discovery, leading to revelations neither thought possible.

A Little Bit of Heaven images are © Millennium Entertainment. All Rights Reserved. 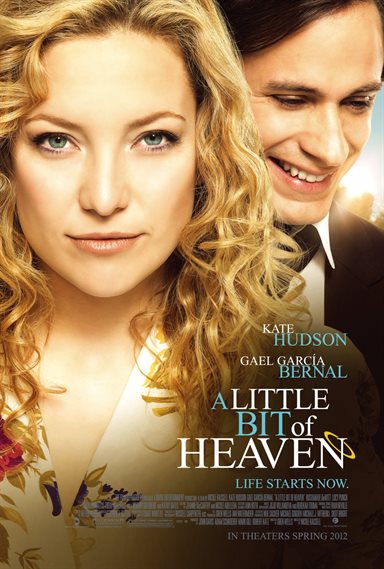 A Little Bit of Heaven is an eye opening, emotional roller coaster of a film opening this weekend against The Avengers. While the two films are geared to completely different demographics, most studios are staying away from opening against the juggernaut superhero extravaganza. Millenium Entertainent is taking a gamble, but one that will certainly pay off for this weekends alternative moviegoer.
The film follows of Marley Corbett (Kate Hudson, Skeleton Key, Bride Wars) a free spirited woman, whose life is unexpectedly cut short when she finds out that she has only has a few more months to live. While trying to keep her spirits up for her family and friends we join her on the emotional journey as she tries to fulfill all her ambitions and dreams in life before her time is up on this earth.
Hudson gives her best performance to date skillfully portraying all the emotions that young Marley is confronted with. A classic example of dealing with grief, first denial, then anger to finally the ultimate acceptance of her fate in life.  Hudson's performance is enhanced by the strong cast of supporting actors led by male lead Gael García Bernal (Dr. Julian Goldstein ). His role in the film is to offer support while comforting a dying woman which he handles with grace and diginity. His compassion turns to a romantic interest which further complicates the finality of the situation.
Hudson is also able to  draw inspiration from an all-star cast including Kathy Bates (Misery), Lucy Punch (Dinner For Schmucks), Romany Malco (Think Like a Man), Rosemarie DeWitt (The Company Men), Whoopi Goldberg (Sister Act), Treat Williams (Dark Rising), and the hysterical Peter Dinklage (Game of Thrones).
While this film will evoke emotion from even the most jaded filmgoer it hits especially close to home to those that have a loved one that is dealing with a terminally ill disease. It is almost as if Director Nicole Kassell (The Woodsman) and writer Gren Wells (Spy vs. Stu) have personally gone through this heart wrenching experience themselves and are using A Little Bit of Heaven as a cathartic experience to help their own turmoil with dealing with this issue.
With the tears so easily flowing the latter half of the movie the run-time of 106 minutes does seem to be a bit extreme for this film, where there reaches a point the film should have naturally cut off and not dragged on through a few scenes.
Gut wrenching, emotional performances coupled with a true to life story give A Little Bit of Heaven an edge this weekend. With Oscar season still months away one would hope A Little Bit of Heaven is not left of the list, as it is a romantic drama that teaches valued lessons on how to cope with life's little curve balls.