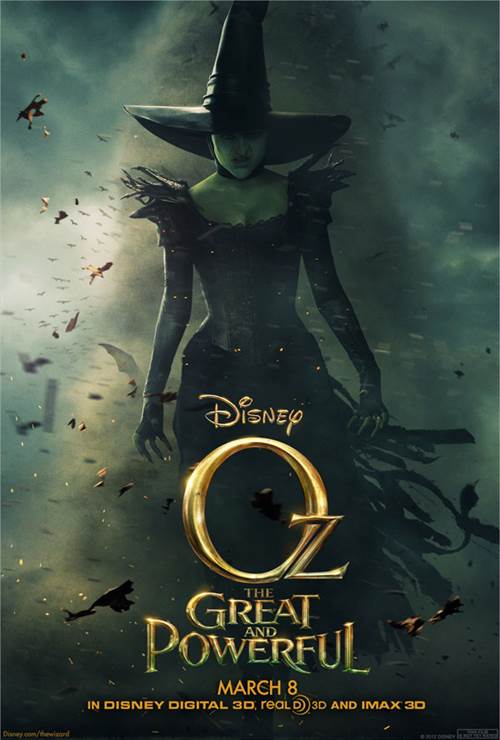 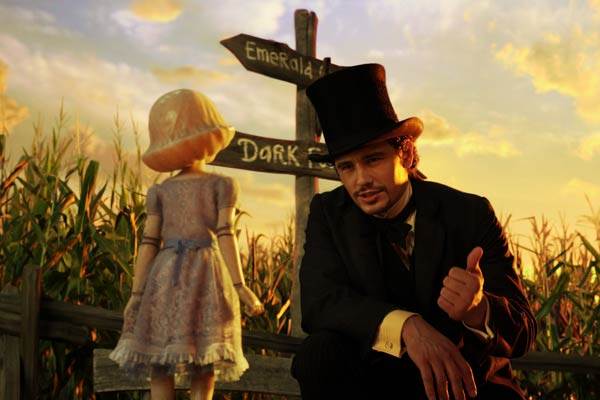 Disney’s fantastical adventure “Oz The Great and Powerful,” directed by Sam Raimi, imagines the origins of L. Frank Baum’s beloved character, the Wizard of Oz. When Oscar Diggs (James Franco), a small-time circus magician with dubious ethics, is hurled away from dusty Kansas to the vibrant Land of Oz, he thinks he’s hit the jackpot—fame and fortune are his for the taking—that is until he meets three witches, Theodora (Mila Kunis), Evanora (Rachel Weisz) and Glinda (Michelle Williams), who are not convinced he is the great wizard everyone’s been expecting. Reluctantly drawn into the epic problems facing the Land of Oz and its inhabitants, Oscar must find out who is good and who is evil before it is too late. Putting his magical arts to use through illusion, ingenuity—and even a bit of wizardry—Oscar transforms himself not only into the great and powerful Wizard of Oz but into a better man as well.

Download Oz: The Great and Powerful in Digital HD/4K from the iTunes store.


Journey to Oz Balloon Tour Takes to the Skies for Disney's Oz th...  2/12/2013 1:56 PM EST
BURBANK, CALIF. (February 12, 2013)-Disney announced today the launch of the "Journey to Oz Balloon Tour," sponsored by leading multichannel retailer HSN and IMAX Corporation, in support of its upcoming fantastical adventure "Oz The Great and Powerful," opening in U.S. theaters and IMAX® on March 8, 2013. The colorful, "Oz The Great and Powerful"-emblazoned hot-air balloon began its tour this morn...  More>> 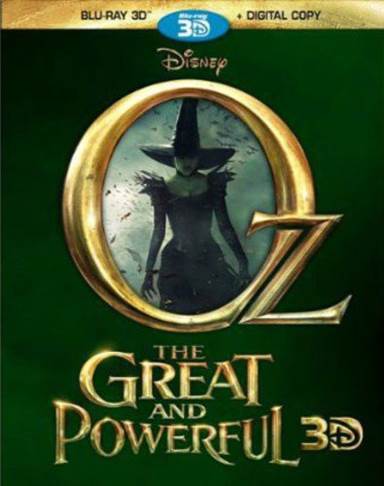 The bold, dazzling and dramatic Oz the Great and Powerful comes to 3D Blu-ray with excellent quality. Nearly critic proof, the film brought one of the largest box office returns for 2013. However, although the film is a masterpiece of cinematography and CGI, the acting and direction do have problems.  The film has also been released in a Blu-ray and DVD combo pack.

The movie is a prequel to the original Wizard of Oz.  In this story we find Oscar Diggs (James Franco) working in a side show as a magician with a traveling circus.  A tornado comes while Diggs is escaping some very upset circus performers due to his misleading of young women and he jumps into his hot air balloon and gets blown away to a strange land. Here he meets the witch Theodora who mistakes him for Oz the expected ruler of the land. The two along with a monkey called Finley (voiced by Zach Braff) and a patched up porcelain doll called China Girl (voiced by Joey King) head for the Emerald City along the yellow brick road.

The special effects, computer graphics imaging and cinematography are exquisite.  From the bubble transports to the flying witches everything looks as realistic as you would expect it to be in the enchanted land.  The animation of China Girl is brilliant with her porcelain look, the charming doll moves and talks like she's human.  The flying monkey Finley provides the friend that Oz needs to keep himself centered and on track.  Very capable of helping Oz along with his ability to move about with wings, the furry friend gets him out of some tight situations.

Some of the acting gets weak, especially that of James Franco who I feel is miscast, but most tots won't notice.  Robert Downey Jr who was the first choice to play, bowed out after an incident involving a dead plant and Johnny Depp refused in lieu of his playing Tonto in The Lone Ranger.  With the action pool slowly getting empty, Sam Raimi chose the kindly Franco to play the role of the ‘powerful' Oz. While his performance is not a complete bust, it lacks in force and appeal.

The film has been rated PG by the MPAA for sequences of action and scary images, and brief mild language.  Upping the fear factor to extend the audience may have been a mistake since the Wizard of Oz had a G rating with no offensive material. It did contain however, a very tame attack by flying monkeys, but had a normal witch face make-up on the actor.  The two hour length of the should not bother on video even if it is over two hours as the youngsters can take a potty break with the touch of the pause button.

The bonus features for the video release on the 3D version are available on the accompanying Digital Copy:

"Before Your Very Eyes: From Kansas to Oz": This is a very good extra that takes you through the development of each of the lands of Oz.
"Walt Disney and the Road to Oz": How Walt acquired the rights to Oz.
"My Journey in Oz, by James Franco": Franco takes you on a documentary type look as his behind-the-scenes.
"Metamorphosis": How they brought the Wicked Witch to life in a cool ten minutes of video.
"China Girl and the Suspension of Disbelief" An excellent look at CGI and how they brought China Girl to life.
"Mr. Elfman's Musical Concoctions": Danny Elfman  who composed the musical score for the film is featured here.
"Bloopers": The cast gets Looney with their outtakes.

FINAL ANALYSIS: Excellent 3D on a home video makes it fun for kids and adults. (B)