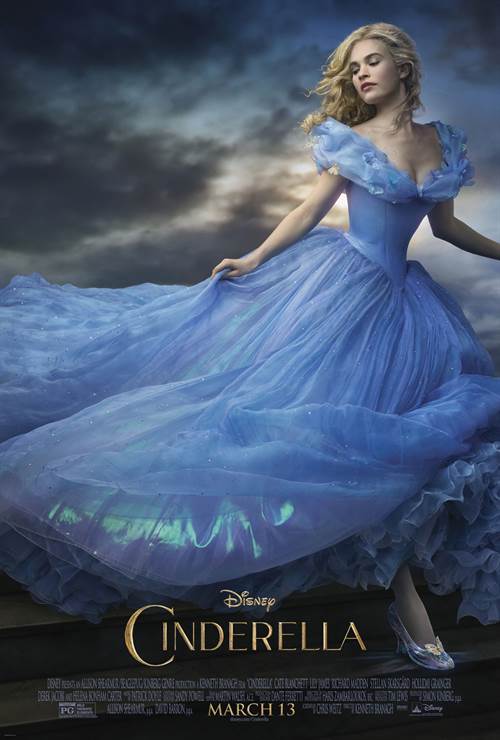 The story of “Cinderella” follows the fortunes of young Ella whose merchant father remarries following the tragic death of her mother. Keen to support her loving father, Ella welcomes her new stepmother Lady Tremaine and her daughters Anastasia and Drisella into the family home. But, when Ella’s father suddenly and unexpectedly passes away, she finds herself at the mercy of a jealous and cruel new family. Finally relegated to nothing more than a servant girl covered in ashes, and spitefully renamed Cinderella, Ella could easily begin to lose hope. Yet, despite the cruelty inflicted upon her, Ella is determined to honor her mother’s dying words and to “have courage and be kind.” She will not give in to despair nor despise those who abuse her. And then there is the dashing stranger she meets in the woods. Unaware that he is really a prince, not merely an employee at the Palace, Ella finally feels she has met a kindred soul. It appears as if her fortunes may be about to change when the Palace sends out an open invitation for all maidens to attend a ball, raising Ella’s hopes of once again encountering the charming “Kit.” Alas, her stepmother forbids her to attend and callously rips apart her dress. But, as in all good fairy tales, help is at hand as a kindly beggar woman steps forward and, armed with a pumpkin and a few mice, changes Cinderella’s life forever.

Stream Cinderella in Digital HD/4K from the AppleTV store.

Listen to the Cinderella soundtrack on Apple Music.


For The Love of Birds! Cinderella’s Head Animal Trainer, Guillau...  9/10/2015 3:52 PM EST
Note: This interview has been edited for clarity, fluidity, and length.We've grown so accustomed to CGI in today's films that it's easy to dismiss the living, breathing creature characters in Disney's Cinderella. Actually, it is the magic of Guillaume Grange, Head Trainer, and his team which includes some extremely talented (well trained) animals. I recently had the opportunity to chat with Guilla...  More>> 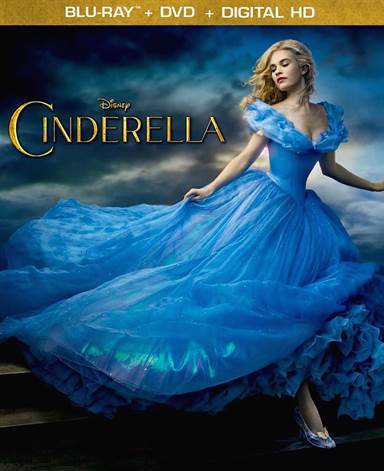 The story of Cinderella is known and loved by all.  Who hasn't seen the iconic, award winning, animated film?  Now, Disney has brought the classic movie to life in a live action version that begs to be treasured just as much as the original.

Poor Cinderella is the unloved servant girl of her wicked Stepmother (Cate Blanchette, Blue Jasmine ) and step sisters(Sophie McShera, Downton Abbey and Hollidau Grainger, The Borgias) after the untimely death of her beloved father. When the king invites every maiden in the land to an extravagant ball, Cinderella wishes to go as well, but is forbidden by her Stepmother.  However, with the aid of her fairy Godmother (Helena Bonham Cater, The King's Speech), she manages to arrive in splendor only to sweep the prince (Richard Madden, Game of Thrones) off his feet then leave him heartbroken and searching for her as the evening ends.

Lily James (Downton Abbey) played the very demanding role of Cinderella and truly did it justice, as her performance was believable and relatable.  Cate Blanchett was deliciously evil as the wicked Stepmother with just a touch of sugar and spice thrown into the mix.  Because the audience saw more of the Prince in this live action version than in the animated one, it was a somewhat difficult role and Richard Madden was an excellent choice in casting.

Unfortunately, most of the extras on this Blu-ray were about set design rather than interviews with the cast and didn't really add much to the viewing experience.  The feature that focused on the animal trainers was interesting, and showed some insight into the intracacies of working with animals throughout film production.

One bonus of the Blu-ray was the animated short, Frozen Fever, which reunited viewers with the beloved characters from Disney's feature film Frozen.  All of our favorite characters were back for this, as well as some new creatures. This short serves as a teaser to whet one's appetite for the upcoming highly anticipated sequel.

The Blu-ray is presented in 1080p High Definition Video which enhances the viewing pleasure, showing off the beautifiul, vibrant colors througout. This is especially true during the ballroom scenes. The DTS-HDMA 7.1 audio doesn't disappoint as every line can be heard in perfect, sharp clarity.

Cinderella is a film that is beautifully constructed and has lived up to it's animated predecessor.  I enjoyed the acting performances as well as the scenes with the animals.  I would recommend this live action version of Cinderella to any die hard Disney fan and found the movie to be appropriate for all age groups.  My only criticism is that some parts seemed a bit hokey, but no more than any other fairytale film you watch.