Home / Movie Database / The Fault in Our Stars 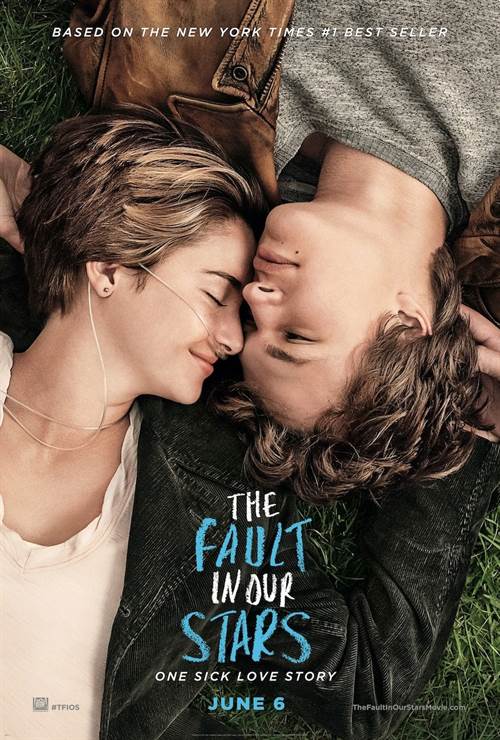 The Fault in Our Stars Synopsis

Hazel and Gus are two extraordinary teenagers who share an acerbic wit, a disdain for the conventional, and a love that sweeps them – and us – on an unforgettable journey. Their relationship is all the more miraculous, given that they met and fell in love at a cancer support group. THE FAULT IN OUR STARS, based upon the number-one bestselling novel by John Green, explores the funny, thrilling and tragic business of being alive and in love

Purchase DVD/Blu-ray/4K UHD physical copy of The Fault in Our Stars today at Amazon.com

Stream The Fault in Our Stars in Digital HD/4K from the AppleTV store.

The Fault in Our Stars images are © 20th Century Fox. All Rights Reserved.

The Fault in Our Stars Theatrical Review 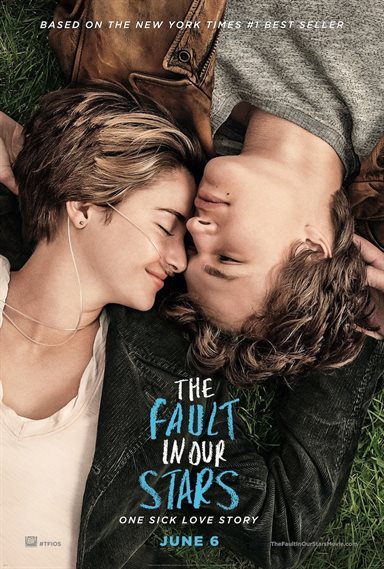 The latest young adult book turned movie, "The Fault in Our Stars", will take you on a roller coaster ride of emotions. This film tells the love story of Hazel Grace Lancaster, (Shailene Woodley, Divergent), and Augustus (Gus) Waters (Ansel Elgort, Divergent), and how they come to support each other through some of the most unimaginable pain young adults face.

Based on the bestselling novel by John Green, "The Fault in Our Stars" introduces Hazel, a 16-year-old girl with stage 4-thyroid cancer and, Augustus, a boy the age of 18 who had cancer in his right leg, which led to a partial amputation. Hazel and Gus meet through a local support group and have a connection from the very beginning. They form a friendship after making a deal with each other. The deal is that Gus reads "An Imperial infliction" and that Hazel will read "The Prince of Dawn". Augustus soon finds a love and interest in "An Imperial Infliction".

As is customary with such young cancer patients, they are given a "wish". Hazel had used her cancer wish when she was 13; however, Gus has never "cashed in". At Gus' request he, Hazel, and her mother all go to Amsterdam after being invited by Peter Van Houten (Willem Dafoe, Spider-man), the author of "An Imperial Affliction". While in Amsterdam, Gus and Hazel dine along a river at an upscale restaurant while they "drink the stars". When the pair finally meets with Van Houten, they soon realize that he isn't the man they thought he was. Dafoe is once again solid in his performance as the drunk, unbalanced author.   While their experience with him was less than fun, it was life altering none the less.  Determined to enjoy their overseas adventure anyway, they take in local sights, and continue to fall in love.

After their romantic journey is over and they return home to reality, Gus reveals he once again has cancer, this time all over his body, and the couple struggles to live out his remaining days with as much normalcy as possible.  The inevitable guilt and struggle that Hazel has to come to grips with is gut-wrenching and painful to watch.

Woodley and Elgort are amazing in this film; the chemistry was palpable. It is amazing that such young actors have the talent to pull off a film like this. The story isn't just a teenage one; it truly transcends age and generation.  It's an honest take on what this scenario would be like in real life. The rest of the supporting cast hit their marks extremely well while not upstaging to two terminally ill lovers.

If you are a teenage girl then you have undoubtedly read the book and have been counting the days using Movie Hype until its release. Let me assure, you that you do not have any reason to doubt. The screenplay by Scott Neustadter (Friends with Benefits) and Michael H. Weber (500 Days of Summer) follow the book by John Green to the letter and do not deviate from the story.

Sophomore director, Josh Boon (Stuck In Love) does an excellent job keeping the pace moving along in the film without giving up anything from the novel.

If you appreciate the Hunger Games, Divergent, or just a good young adult film, then "The Fault in Ours Stars" is a must see, and will go down as one of the best films of this year. Just please be sure to bring a lot of tissues with you.