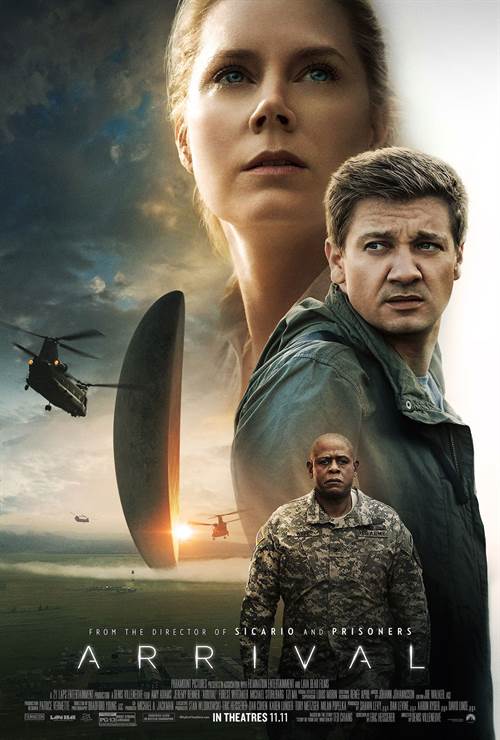 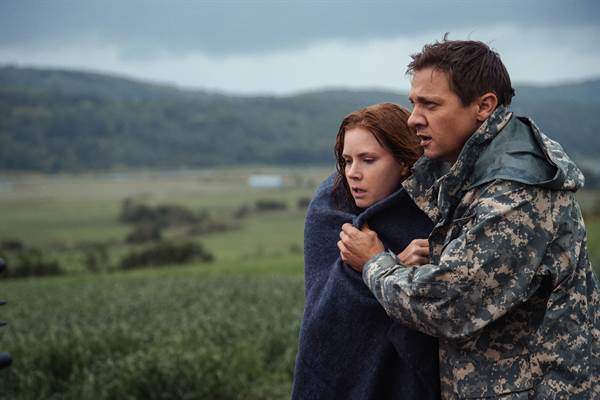 When mysterious spacecraft touch down across the globe, an elite team - lead by expert linguist Louise Banks (Amy Adams) - are brought together to investigate. As mankind teeters on the verge of global war, Banks and the team race against time for answers – and to find them, she will take a chance that could threaten her life, and quite possibly humanity.

Download Arrival in Digital HD/4K from the iTunes store.

Listen to the Arrival soundtrack on Apple Music. 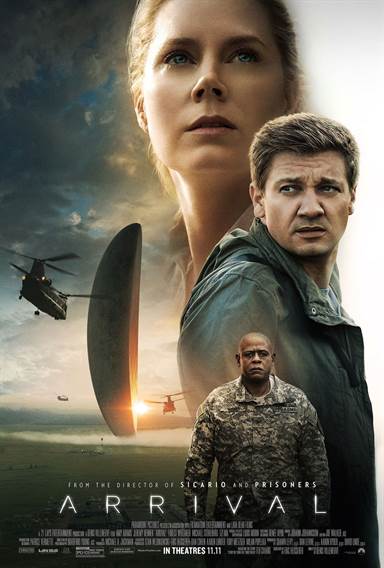 Your average alien movie is usually an action packed, blow ‘em up, sci-fi thriller.  Spaceships show up and kill millions of people, forcing humanity to work together to save the human race. Rarely does Hollywood divert from this formula because these movies often become blockbusters. However, Arrival is not your average alien movie.

Dr. Louise Banks (Amy Adams; Batman v Superman: Dawn of Justice) is a linguistics professor who lost her daughter (or did she?) and is content living alone and teaching classes.  Suddenly, 12 spaceships show up all over the Earth and she finds herself in the forefront of a race to determine why they are here.  Making contact, she manages to create a primitive dialogue with them and learns to communicate through their language of symbols.  However, as this process takes time, military, national and world leaders grow more and more nervous.

During the months that Bank's study occurs, she also starts dreaming vividly, which confuses and somewhat concerns her. Meanwhile, world leaders in other countries break off contact and move to threaten the aliens with deadly force.  As Banks and the US team rush to have a breakthrough, the world goes into panic mode.  In the end, the aliens depart earth but leave behind a higher purpose that changes Banks' world forever.

The aliens themselves are fascinating and unlike any of the previous depictions, we have seen in theaters and on television.  They are less menacing and much more a cross between a deformed Giraffe and a mutated elephant. They seem kinder and gentler than what is normally portrayed, but that is probably part of the point, I suppose.

The story is well done, though the swapping back and forth from present to future can get a little confusing and I'm not sure I really bought into the whole premise (spoiler alert!) that aliens can give us the ability to see the future through learning their language.

The visuals are stunning - from the sets and the scenery to the spaceship itself. The special effects are in no way cheesy or distracting. Director Denis Villeneuve (Sicario) does a very good job keeping the pace going, though the film does slow a little bit, only to pick up at the end.  He also continues his previous viewpoint making the film seem a little dark and gritty.  Cinematographically speaking this is a fabulous film with a strong cast and a good script.

If you want to see an angry, explosion-filled version of an alien movie, you will be sorely disappointed; but, if you want a thought-provoking, introspective take on aliens, then Arrival is a film for you.