In OFFICE CHRISTMAS PARTY, when the CEO (Jennifer Aniston) tries to close her hard-partying brother’s branch, he (T.J. Miller) and his Chief Technical Officer (Jason Bateman) must rally their co-workers and host an epic office Christmas party in an effort to impress a potential client and close a sale that will save their jobs. The latest comedy from directors Josh Gordon and Will Speck (BLADES OF GLORY) co-stars Kate McKinnon, Olivia Munn, Jillian Bell, Rob Corddry, Vanessa Bayer, Randall Park, Sam Richardson, Jamie Chung, and Courtney B. Vance in the funniest movie of the holiday season. 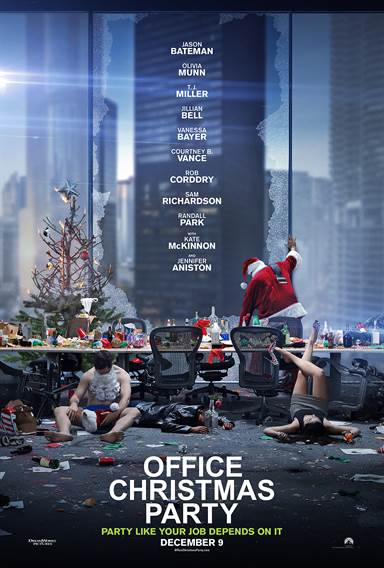 It's that time of year again.  Everyone is celebrating the end of the year and the holiday season.  Many companies hold office parties for the employees and, sometimes, crazy things happen during those gatherings. Employees can even occasionally get fired after inappropriate behavior at said party.  But what if, as a boss, you had to throw the most epic holiday party in order to woo a client and save your employees jobs.  Welcome to Office Christmas Party.

Clay Vanstone (T.J. Miller; Deadpool) runs the original Chicago branch of his father's company and while he holds onto his dad's tradition of being a fun work environment, his branch only made 6.5% profit in the past year. His overachieving, bitter sister Carol (Jennifer Aniston; Horrible Bosses) who is currently CEO of the company, wants him to increase his profits or lay off 40% of his employees just before Christmas.  Clay's only chance is to score a big computer contract with Walter Davis (Courtney B. Vance; Terminator: Genisys).

In order to convince Davis, Clay and his right-hand man, Josh Parker (Jason Bateman; Horrible Bosses), must defy Carol and throw the best office Christmas party ever.  While they ultimately save the company, the antics that happen along the way end up knocking out the internet access to all of Chicago.  However, when Zenotech finds the solution and gets everyone back online, they become the heroes and Carol decides to leave Clay's branch open… and a happy ending was had by all.

For what it is, Office Christmas Party is a fun holiday movie.  It certainly isn't going to win any awards but, in this instance, the movie studio cares about profits, not Oscars, so I think it will serve its purpose.  The movie has some funny moments without being incredibly raunchy, which is a nice change from the "Sausage Party" mentality we seem to have fallen into.  Don't get me wrong… there is some sex and cursing but they really aren't overused very much.  And while some of the jokes and gags fall flat, there are a few that are really hilarious.

The script can be groan-worthy at times (see the above comment about the jokes) but it has a few gems and the cast really does their part to make it work.  Office Christmas Party once again brings Bateman and Aniston together and she again plays the role of bitchy boss, though this time with much less sexuality.  Miller is good enough as the man-child boss with a heart of gold and Olivia Munn (The News Room) shows a little harder/edgier side than we are used to from her.  Her acting was also better than it was in Ride Along 2. Rob Corddry (Hot Tub Time Machine) plays the same character he plays in Ballers, so it wasn't much of a stretch, but the stand out among the cast is Kate McKinnon (Ghostbusters).  Once again, she steals the scenes much like she did in Ghostbusters.

Directors Josh Gordon (Blades of Glory) and Will Speck (Blades of Glory) again team up for a fun filled good time and bring Aniston and Bateman along for the ride.  The majority of the scenes are well done with only a few glaring issues, especially while in the car.

If you are looking for a great piece of cinema, or you get easily offended, then this is a film you want to skip.  If you simply want to spend your hard earned money on a formula comedy with a few good laughs then by all means spend a night at the movies with Office Christmas Party and long to work for a company like that. 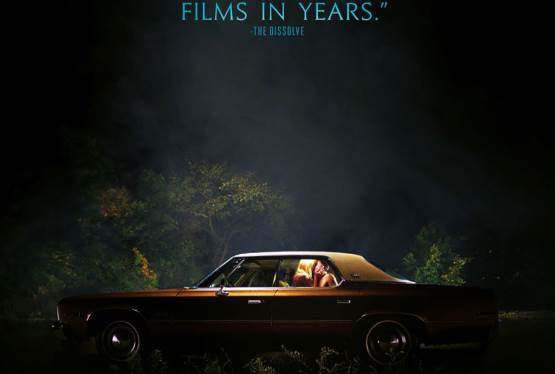 coreyanthony26
Looks Like I Should Crash This Party and Get into My Christmas Spirit Cause I am The Party Animal To
12/14/2016 8:26 PM EDT