The Godfather Coda: The Death of Michael Corleone (1990) 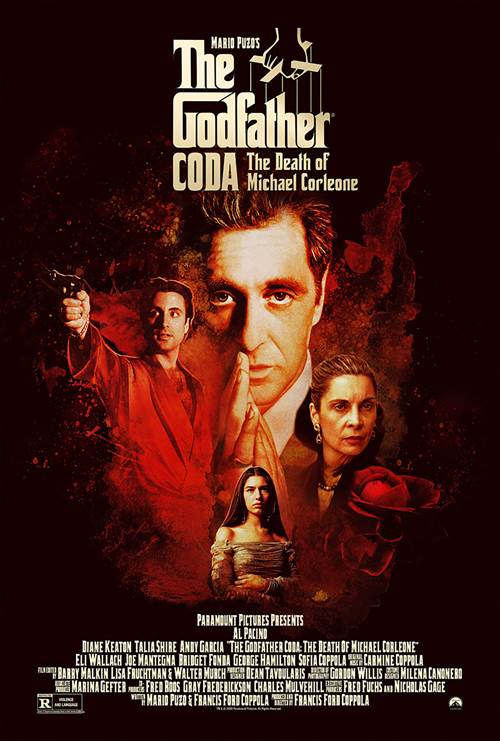 The Godfather Coda: The Death of Michael Corleone Synopsis 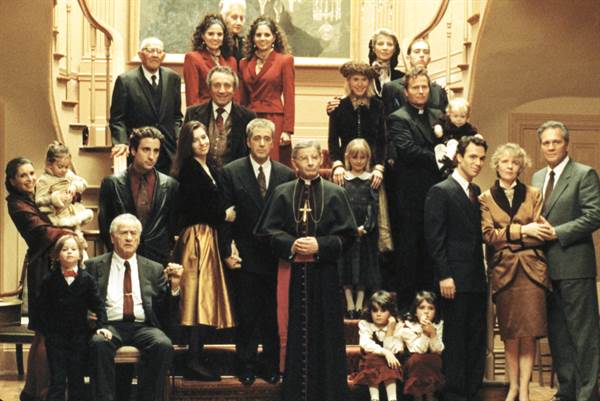 Celebrating the 30th Anniversary of The Godfather: Part III, director/screenwriter Francis Ford Coppola brings a definitive new edit and restoration of the final film in his epic Godfather trilogy—Mario Puzo’s The Godfather, Coda: The Death of Michael Corleone. Michael Corleone (Al Pacino), now in his 60s, seeks to free his family from crime and find a suitable successor to his empire. That successor could be fiery Vincent (Andy Garcia)... but he may also be the spark that turns Michael's hope of business legitimacy into an inferno of mob violence. The film’s meticulously restored picture and sound, under the supervision of American Zoetrope and Paramount Pictures, includes a new beginning and ending, as well as changes to scenes, shots, and music cues. The resulting project reflects author Mario Puzo and Coppola’s original intentions of The Godfather: Part III, and delivers, in the words of Coppola, “a more appropriate conclusion to The Godfather and The Godfather: Part II.”’

Stream The Godfather Coda: The Death of Michael Corleone in Digital HD/4K from the AppleTV store.

Listen to the The Godfather Coda: The Death of Michael Corleone soundtrack on Apple Music.

The Godfather Coda: The Death of Michael Corleone images are © Paramount Pictures. All Rights Reserved.

The Godfather Coda: The Death of Michael Corleone Blu-ray Review 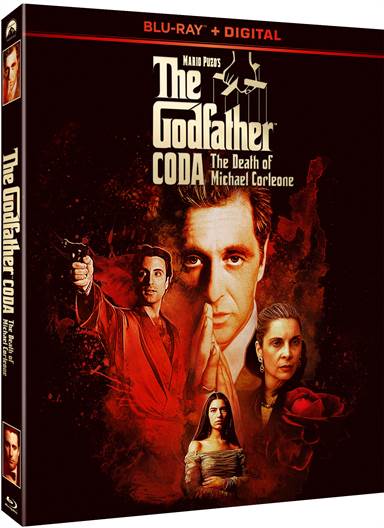 This December is the 30th Anniversary of The Godfather Part III's original release in theaters.  In celebration of the milestone, legendary director Francis Ford Coppola spent months working on a new edit of the film now titled, The Godfather Coda: The Death of Michael Corleone.

The film is clearly the weakest of the trilogy but still managed to get nominated for six academy awards including Best Picture, Director, and Supporting Actor.  Yet, on Rotten Tomatoes the film holds a score of only 68%.  My biggest issues with the film had been two-fold: it relied too much on the viewer already being invested in the previous films to understand what was going on and who to root for as well as the talented but completely miscast Sofia Coppola, the director's daughter as Mary Corleone.

For those who know the original film well, you will see a trim here and a trim there, throughout the movie. However, the largest changes were saved for the opening and closing of the film.  While the new opening does not contain any new footage or meaning, it does help clarify the proposed partnership between the Church and Michael Corleone as they moved a major plot point to the beginning from its previous location later in the story.  Therefore, you are reminded right off the bat this is not personal, it's strictly business.

The second biggest change is the ending of the film.  I don't want to give too much away but, while the outcome remains the same, the small change they do make sums up the life Michael had chosen, as well as, the past of the first two movies and, most likely, whatever the future might bring for Vincent Corleone.

The aforementioned trims and repositioning of scenes throughout the film really do help the pacing of the movie and does clear out some of the wasted space.  My only disappointment is that I don't think it goes far enough.  There are a couple of scenes that are borderline cringe-worthy from the original film that I hoped would be on the chopping block but, unfortunately, they are still there.

This release, however, is not just a re-edit.  The production team worked for over six months restoring the movie frame by frame from a mixture of over 300 cans of the film negative. as well as a remix of the original 5.1 audio.  The end result is an enhanced version with excellent video quality and even better audio.  It makes me wonder if there might be a UHD version released in the next few years.  Sadly, other than the Digital HD and an optional, new introduction by Coppola, there are no other extras included with this release.

Both the book and the original film, The Godfather, have become synonymous with the stereotypical view of a Mafia Don and has made millions of fans worldwide.  With the popularity of the novel and the first film, I can understand why there were two sequels made.  However, as per usual, they weren't as good as the original.  This re-editing helps the third installment seem more coherent and offers better pacing and flow.  If you are one of the many fans of the books and the films, you will definitely want to add this release to your home entertainment collection (until they decide to release a box set of all three movies and this re-edited version).