Home / Movie Database / A League of Their Own 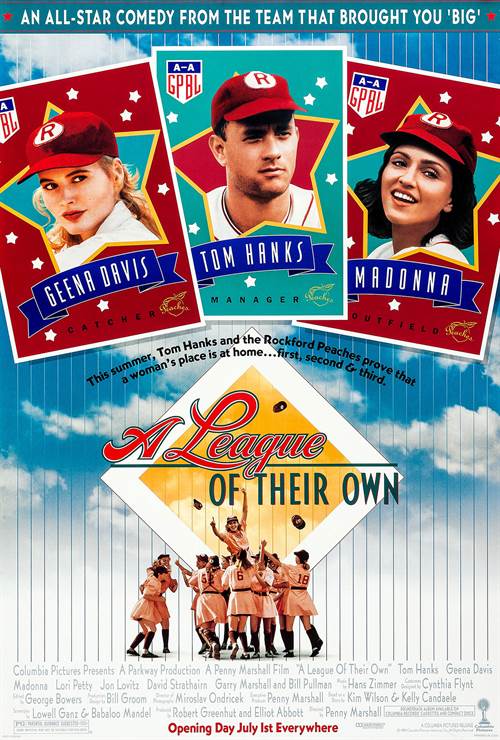 A League of Their Own Synopsis

Tom Hanks, Geena Davis and Madonna star in this major-league comedy from the team that brought you Big. Hanks stars as Jimmy Dugan, a washed-up ballplayer whose big league days are over. Hired to coach in the All-American Girls Baseball League of 1943, while the male pros are at war, Dugan finds himself drawn back into the game by the heart and heroics of his all-girl team. Jon Lovitz adds a scene-stealing cameo as the sarcastic scout who recruits Dottie Hinson (Geena Davis), the baseball dolly with a Babe Ruth swing. Teammates Madonna, Lori Petty and Rosie O'Donnell round out the roster, taking the team to the World Series. Based on the true story of the pioneering women who blazed the trail, on the fields and off, for generations of athletes.

Purchase DVD/Blu-ray/4K UHD physical copy of A League of Their Own today at Amazon.com

Stream A League of Their Own in Digital HD/4K from the AppleTV store.

A League of Their Own images are © Columbia Pictures. All Rights Reserved.