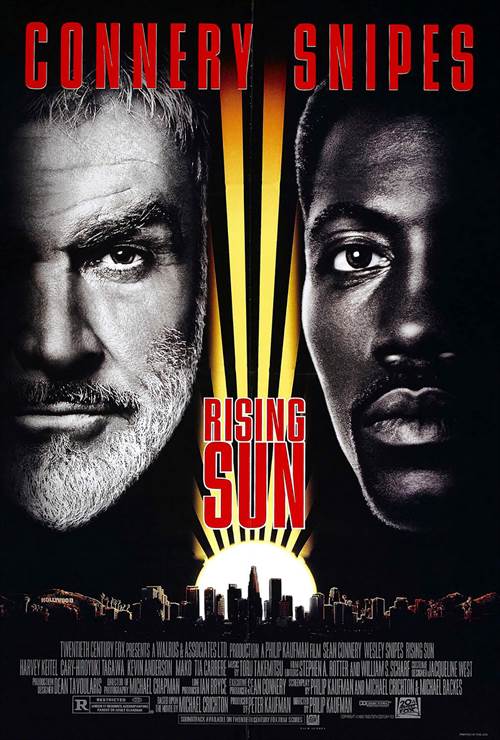 In a world where whoever controls the technology controls the truth, and whoever controls the truth can win the war, Lieutenant Web Smith (Wesley Snipes) — a liaison officer with the LAPD — is called into investigate the murder of a young woman in the boardroom of a Japanese corporation in downtown Los Angeles. A mysterious call puts him together with a strange, shadowy figure, Detective John Connor (Sean Connery), who is rumored to be under the influence of the Japanese. Connor becomes his guide (the senpai) and leads the younger detective (the kohai) through the investigation — through futuristic technological secrets, through ancient ways and loyalties. As the liaisons get closer to the truth, political pressure is applied to get them off the case, and they must race against time to resolve it.