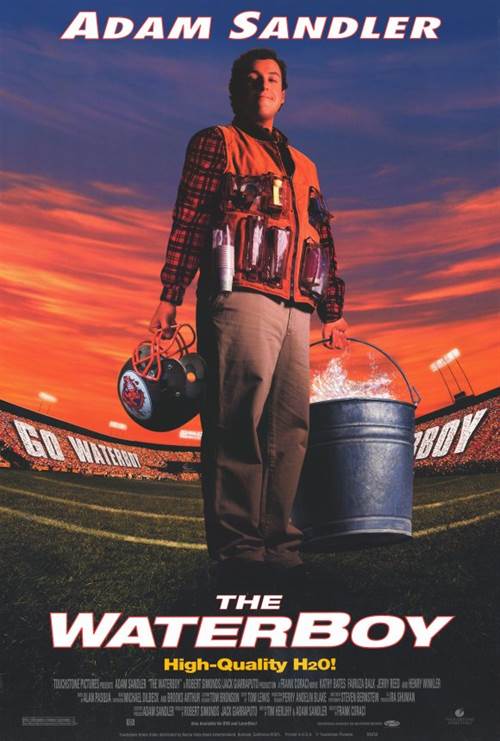 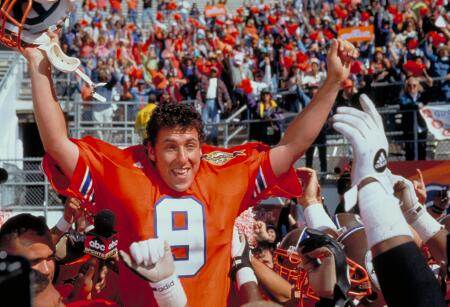 Bobby Boucher (Adam Sandler), a socially inept 31-year-old from the swamps of Louisiana, is home schooled and sheltered by his over-protective Mama (Kathy Bates). His only contact with society is his waterboy job for a college team where the players relentlessly make fun of him, and his coach doesn't let him fight back.

This all changes when Bobby gets a new coach (Henry Winkler) who lets him stand up for himself. Bobby finally unleashes years of pent up rage and is transformed into the most devastating tackler on the team. Now Bobby has to learn how to play football and go to college, all behind his Mama's back. Let's just hope Mama doesn't find out!

Stream The Waterboy in Digital HD/4K from the AppleTV store.

The Waterboy images are © Universal Pictures. All Rights Reserved. 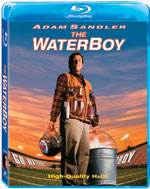 Coming out on August 4, 2009, is one of Adam Sandler's best movies during the peak of his career (around the time of Happy Gilmore): The Waterboy.  It follows Adam Sandler, who is playing Bobby Bouchet, a self-described "water quality engineer" for the fictional University of Louisana football team.

Bobby has been raised by his mom alone since his daddy left before he was born.  As a result, everything he knows he learned from his mama, which is a hilarious side-plot during the entire movie ("My mama said that....").  He is mistreated by the UL football players, ultimately ending with him being fired as their waterboy.

Bobby lands at the South Central Louisiana State University, where he volunteers his services as a waterboy to their football coach, played by Henry Winkler (Happy Days, Click).  Shortly after joining the team as their waterboy, the coach encourages him to fight back against the football players that are bullying him, and in doing so, we discover Bobby's hidden talent and prowess for football.  The majority of the movie revolves around him playing football.

Bobby's relationship with his mother, played by Kathy Bates (Misery, Titantic, About Schmidt), as well as his first romantic relationship - with a girl named Vicki Vallencourt, played by Fairuza Balk (Return to Oz, The Worst Witch, The Craft, Gas Food Lodging) are also explored and we see Bobby mature during the film enroute to the exciting ending.

Several other stars make appearances as well.  Rob Schneider, another Saturday Night Live alum appears as a local townie near the end of the movie.  The late Jerry Reed, a musician and a small part actor of the Smokey and the Bandit series stars as the coach of the UL Football Team.  Clint Howard (Rock and Roll High School, Austin Powers, From the Earth to the Moon/Apollo 13, Night at the Museum: Battle of the Smithsonian) appears as another local townie; one of the true diehard fans of the South Central LSU football team that went to the games even before Bobby joined the team.  His role is central to some of the best comedy bits of the movie outside of Adam Sandler's role as Bobby Boucher.

Adam Sandler really carries this movie and holds character the entire movie, much like Sasha Baron Cohen does with Borat or Bruno.  Like I mentioned at the beginning, this is one of Sandler's best movies and is extremely funny and watchable.  You can't go wrong with comedy and football in one movie.

The Blu-Ray, however is bare-bones.  No special features, 1080p transfer only, Dolby Digital 5.1HD in English, various other audio in different languages.  You can see the limitations of film in some of the scenes, as the HD brings out the grain, but in others, especially the football scenes, HD shines with crisp details and brilliant colors.