Home / Movie Database / How To Train Your Dragon 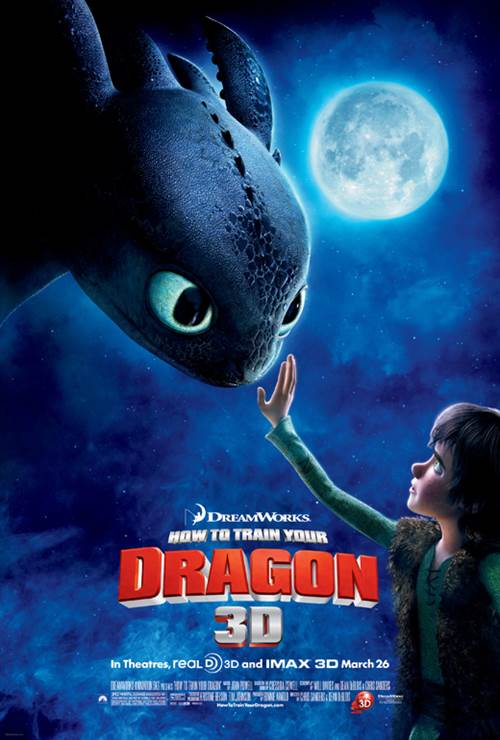 How To Train Your Dragon Synopsis

Meet Hiccup Horrendous Haddock III, heir of the Viking chiefdom, but a boy with one very big problem: a hero he is not. "How to Train Your Dragon" is the riotous story of Hiccup's quest to hunt down the fiercest dragon, bring it into submission, and-hopefully-pass his initiation. Instead, he ends up with the smallest, most ornery dragon-it's even toothless! Thus begins the hijinx of the world's most lovable, unlikely hero and a most reluctant "beast." Packed with energetic drawings and plenty of action, this boisterous tale is just right for fantasy fans or anyone with a spirit of adventure. Based on the book by Cressida Cowell.

Purchase DVD/Blu-ray/4K UHD physical copy of How To Train Your Dragon today at Amazon.com

Stream How To Train Your Dragon in Digital HD/4K from the AppleTV store.

How To Train Your Dragon images are © DreamWorks Animation. All Rights Reserved.


Win a Copy of Dragons: Riders of Berk Volumes 1 and 2  8/6/2013 3:50 PM EST
Twentieth Century Fox Home Entertainment announces the DVD release of the Annie Award® winning TV series DreamWorks DRAGONS: RIDERS OF BERK. The two-part DVD will be available everywhere July 23. Loaded with exciting bonus content for the whole family to enjoy, disc one will contain episodes 1-11 and disc two will feature episodes 12-20. Based on the DreamWorks Animation Academy Award®-nominated h...  More>>

How To Train Your Dragon Theatrical Review 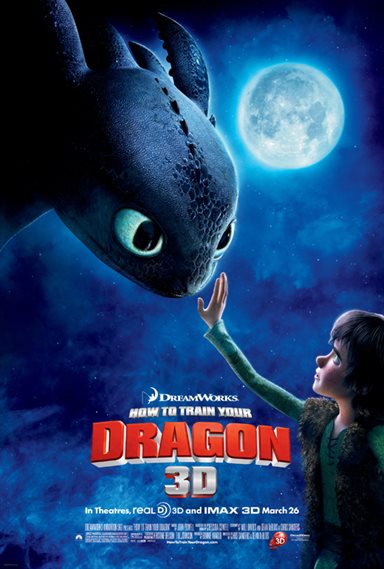 The trailers for How To Train Your Dragon present a story to us that are easily grasped -- there is a Viking outpost that is beset by dragons. A very un-Viking like boy (Jay Baruchel) uses his brain, rather than his lacking brawn to shoot down a dragon and then befriends it. We can see from the previews that he will come to realize these beasts are misunderstood, and this being a family-friendly CGI cartoon, will lead his people to a greater harmonious understanding between dragon-kind and humans.

I wasn't sure where the dragon-fighting training sequences fit into that, but it didn't seem relevant. I knew the whole story from the trailer and everything else was just window dressing. While I wish I could say that the film broke entirely new ground or did something jaw-dropping, but I cannot. But to an extent, you do get what it looked like.

On the other hand, where the film surprised me was the care and craft it took with pacing to get us where we knew it was all going. The dragon -- modeled after Stitch from Disney's Lilo and Stitch (the L&S production team took over the project half way through) -- is not instantly in love with the boy. There is a reason the boy and dragon bond that makes perfect sense in the narrative of the movie and gives them a reason to work together.

Secondly, the film does not rely on the generic "misunderstanding" or "false or real betrayal” that so many children's animation films require. There is never a point where one of the protagonists thinks the other has sold them out for a quick 'drama-hit'. Even the Vikings -- who despite being huge and tough are remarkably even handed when it comes to female warriors -- are given a pretty good nature.

The film is spirited and smart. It uses its images wisely and squeezes detail out of its CGI backgrounds. I liked the burning Viking watch-towers and the rough island. The movies 98-minute run-time seems just about perfect, and that really sums up the movie. They weren't doing anything new. They weren't doing anything revolutionary -- the production team just hit the nail on the head with everything they tried to accomplish.

The result is simply a film that makes great movie-making look easy which, we all know, is the mark of a real pro.