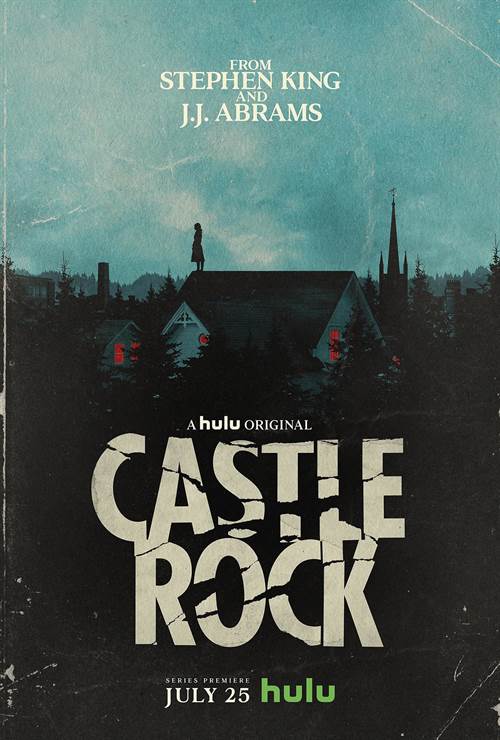 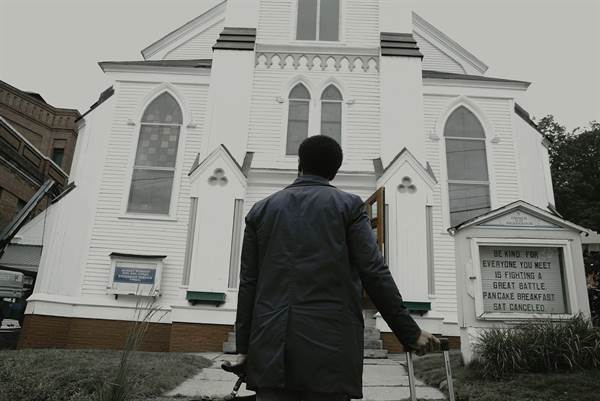 Download Castle Rock in Digital HD/4K from the iTunes store.

Castle Rock Season 2 Cast and Characters Announced  3/20/2019 3:30 PM EST
Casting has been set for the second season of Hulu's "Castle Rock", the horror series based on the fictional town of Stephen King's creation.The new season will star Lizzy Caplan (Masters of Sex), who will play a young Annie Wilkes, a nurse and superfan battling with mental illness issues; Tim Robbins (Here and Now), who will play Reginald "Pop" Merrill, the dying patriarch of a crime family; Garr...  More>> 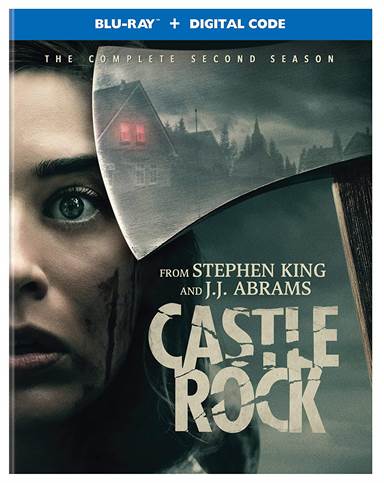 This is what horror and suspenseful programming are about.

From Stephen King and J.J, Abrams (Star Wars: The Rise of Skywalker), we are treated to an excellent follow-up, and in almost every aspect, a superior season.

Something bad is, indeed, coming to town, and not a single soul is ready for it.

Set in the Stephen King multiverse, CASTLE ROCK combines the mythological scale and intimate character storytelling of King's best-loved works, weaving an epic saga of darkness and light, played out on a few square miles of Maine woodland. In Season Two, a feud between warring clans comes to a boil when budding psychopath Annie Wilkes, Stephen King's nurse from hell, gets waylaid in Castle Rock.

Budding Psychopath Annie Wilkes (Misery's nurse from Hell) finds herself waylaid in the insular town as violence erupts between the Merrils and a rival clan. And as the town celebrates its 400th anniversary, the storyline travels back in time to see what the earliest settlers were up to- Mostly no good.

Castle Rock is a grand tour of Stephen King's realms. Set within his twisted universe, we are given a treat when we see the birth of one of his greatest characters, Annie Wilkes, played perfectly by Lizzie Caplan (True Blood).

Caplan is truly the shining star in the crown of Season 2; I could not take my eyes off her performance. Every mannerism, every phrase, and idiosyncrasy created by Kathy Bates is lovingly adapted; however, Caplan is not parroting Bates' performance, she is creating the character's origins and giving birth to a legend.

The rest of the cast aids in the development of the terrifying atmosphere, and tension. They support the storyline well and add to the dread the viewer witnesses throughout the season.

There are plot twists, turns, and cultural upheaval, and at its center, looming above the town, spreading its fetid wings, like a vulture over its carrion meal, is the most iconic house in literature, more Gothic than the Castle of Otranto, more maddening than The House of Usher.

The focal point of Vampiric outbreak, and a magnet for evil forces in Salem's Lot.

The house continues its reign of terror, and, this time, recalls a malefic force, the likes of which the Lot may never recover from.

The 1080p resolution offers much in the way of visual stimulation as the details and colors look almost pristine.  Equally, The DTS-HD Master Audio 5.1 matches the quality of the video with ambient noise coming from the rear and side speakers while the dialogue sits comfortably in the front channels.  With this series in particular, the video is almost secondary to the audio since that is what truly sets the tone for the town of Castle Rock and the Marsden House. Unfortunately, besides the digital copy, the only extra offered is a seventeen-minute-long feature entitled Annie Wilkes- Mother of Sorrow.

This season truly outdoes itself and exceeds the promise of Castle Rock's premise: to deliver on the best of King's storytelling prowess, compelling characters, and fantastical settings. I dare say this sophomore season outshines the inaugural one, offering optimism of a season three, which could be the best one yet!  Who knew the woodlands of Maine could contain such horrific sights.