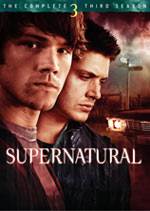 Purchase   DVD/Blu-ray/4K UHD
Last time we saw Sam and Dean Winchester, they had just vanquished the yellow-eyed demon, but at a terrible price!  The battle that brought him down released hundreds of demons from Hell into an unsuspecting world.   It cost Sam his life.  But a grief-stricken Dean made a deal with the Crossroad Demo -- his soul for Sam's resurrection.  Now Dean has just one year to live; one year to fight the unholy, the twisted, the ghoulish; one year to say farewell to Sam; and one year for Sam to search desperately for some way to save his brother's soul from eternal damnation.

The three-disc collector's set features all 16 one-hour episodes present in glorious 1080p, all the classic rock and roll you come to expect from the show, and over an hour of special features never-before-seen bonus material, including a brand-new special effects featurette, gag reel, and commentaries (presented in 480p) – plus, the chance to download digital copies of the entire season for free from iTunes.

With the 2007 writers' strike that occurred in Hollywood, one would think that this season of Supernatural would be very weak and serve just as a minor story arc until Season four came around.  However, this is not the case!  Supernatural Season three, in my opinion, is the show's strongest season show, highlighting a great new cast of characters, including Bela (Lauren Chan), and Ruby (Katie Cassidy).

Throughout the year, if you have been following the online community, you will have probably read the general distaste for Lauren Chan and her character, Bela.  However, I differ from the majority and find her to be a major asset to the show.  She is clever, cunning, and you are always unsure of what side she is truly on (besides her own).

Ruby (Katie Cassidy) is also a great edition to the show, and her appearance was the highlight to every episode she appeared in. (which will hopefully continue with season four).

One element I was very happy to see leave the show was the "The Roadhouse".  It was happily destroyed at the end of Season two by yellow eye's and his army of demons; and I am personally very glad.  The characters, Ellen Harvelle and her daughter Jo Harvelle, have basically been written on the show.  For me they really added nothing to the show's overall direction and actually seemed to slow the shows momentum down a bit.

Probably the weakest episode of the bunch is "Ghostfacers!".  While this is a wink and nod at all the reality shows on television, I really thought that is was unnecessary since this was such an abbreviated season anyway with the writer's strike.

With the Blu-ray edition of Supernatural, we were finally presented with a sharp, crisp picture with the complete season that fans of the show have been waiting for.  The audio soundtrack lets all of your favorite classic rock and roll shine.  The only gripe I do have with the Blu-ray presentation is the menu system.  Each disc has all episodes on the same track leaving out any hope of jumping to a favorite scene from a single episode.

All-in all Supernatural:  The Complete Third Season Blu-ray edition hits shelves just in time for the holidays and is a great way to present this great show to the high definition audience. 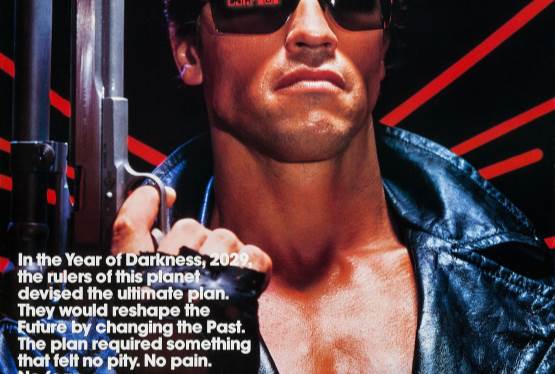