One glaring omission from this year's Supernatural is the use of classic rock ‘n roll that has become almost a character on the show. 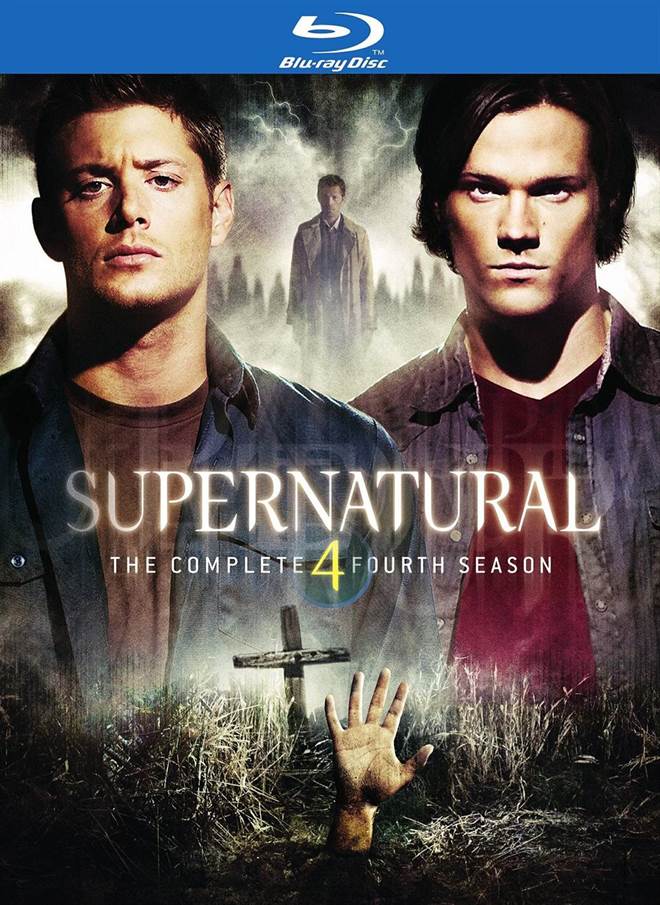 Purchase   DVD/Blu-ray/4K UHD
Heading into Supernatural Season Four, the show was plagued with possible cancellation and a lower budget than its first three years.  However, the show continued to shine.

Resurrection:  After enduring unspeakable torture, Dean escapes from Hell, rescued by an all-powerful creature he has never seen before - an Angel - a warrior of God, who recruits Sam and Dean into Heaven's battle against Hell.  There are also whispers that a certain fallen angel will soon be freed from his prison deep in Hell:  Lucifer.

From the onset, Supernatural was a show that helped fill a void for people like myself who missed such shows as Angel, Buffy The Vampire Slayer, and X-Files.  However, every year creator and producer, Eric Kripe, keeps on improving the show more and more.  This year is certainly no exception -- with the action leaving off exactly three months after Dean was sent to hell at the end of season three.

Through the season we get many answers to questions we have had throughout the first three years of the show, and are introduced to some great new characters, including Castiel (Misha Collins) and Anna (Julie McNiven).  Jared Padalecki and Jensen Ackles have never been better, and are born to play the roles of Sam Winchester and Dean Winchester.  One other casualty of the budget cut for season four was the recasting of Ruby.  Even though I was a huge fan of Katie Cassidy, actress Genevieve Cortese does a great job of making the character her own.

One glaring omission from this year's Supernatural is the use of classic rock ‘n roll that has become almost a character on the show.  However, McG and company still deliver from AC/DC to the shows unsung anthem, Carry on Wayward Son, by Kansas.

Following in the same footsteps as Supernatural season three, Warner Bros. Home Entertainment has released Supernatural Season Four on Blu-ray.  The special features are mostly found on the final disc, including The Mythologies of Supernatural: From Heaven to Hell  – Three section featurette gallery bridging Heaven, Purgatory and Hell to examine key mythological precept, Commentary by Executive Producers and writers, Extended/Unaired Scenes, and a 9-minute Gag Reel from the season's filming.  However, the really nice feature of digital copies of all the episodes is missing from this season's box set.

The show was picked up early on in the renewal season for Season Five. So it looks like the Winchester boys will still be with us for quite some time.