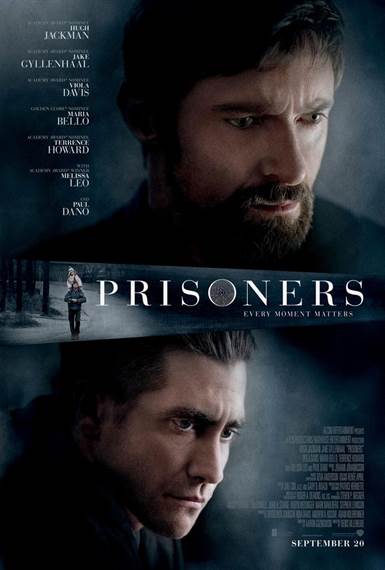 Purchase   DVD/Blu-ray/4K UHD
Shocking, relentless and suspenseful Prisoners opens in theaters this weekend with a story of abduction that's gut wrenching to the core. Much like the urgency and feel of Ransom, this film takes you deep into the helplessness of a child kidnapping.  Probably a contender for an Oscar nomination for best picture, the action thriller has a good chance getting into the top 10 in that category.

The film opens with two neighbor families the Dover's Keller (Hugh Jackman), Grace (Maria Bello), teen Ralph (Dylan Minnette) and six-year-old Anna (Erin Gerasimovich) and the Birch's Franklin (Terrance Howard), Nancy (Viola Davis), teen Eliza (Zoe Borde) and six-year-old Joy (Kyla Drew Simmons) having Thanksgiving dinner together. After a meal cooked from a recent deer kill by Keller and Ralph they sit back for some conversation and relaxing.  But antsy Anna and Joy want to go out and play and they put on some warm clothes and hurry out to the Pennsylvania coolness of the late afternoon.

Time passes and concern that the kids have not come back into the house leads to calling out for the girls, rising concern that they are not replying and then fear as Ralph and Eliza take their fathers to where a motor home had been parked.  Panicking, Keller calls the police and not too long after the RV gets located and they arrest its driver Alex Jones (Paul Dano). Detective Loki (Jake Gyllenhaal) is brought in on the case and after interrogation and without physical evidence, Jones gets released. When high tempered Keller finds out about the release he goes into a frenzy taking action on his own.

Director Denis Villeneuve (Polytechnique) keeps his film moving at a fast pace working his actors at a high degree of rage and suffering during the race to save the lives of the two little girls.  He lets Jackman unleash Keller's fury on those who would stand in his way while keeping co-star Gyllenhaal as the methodical even tempered investigator trying to get clues to the elusive kidnapper.  The two go up against each other extremely well with their characters raising the height of the immediacy and panic within the terrifying story.

The support cast plays heavily into the film with Paul Dano providing his twenty something age suspect with a 12-year-old mentality. Clueless yet showing he knows something about the abduction, his Jones leads Keller into taking the interrogation outside the police station.  Dano develops his diabolical character exceptionally well showing both a dark side and a remorseful one at the same time creating a dilemma for the audience as to whether he's really involved in the crime.

Prisoners has the feel of urgency and helplessness that Mystic River projects and the terror and ferocity depicted in Ransom. The movie impeccably delivers all the film making elements necessary with excellent pacing by its director, super acting, fine cinematography and awesome writing for a possible spot in the top film choices for the Oscars.  The elevated level of suspense to which the film takes its audience equally or even exceeds the better dramas released thus far.

The movie has been rated R for disturbing violent content including torture, and language.  The torture gets brutal with make-up and special effects making it very horrifying, so be cautious when deciding to allow immature children see the film.

FINAL ANALYSIS: A forceful crime drama filled with suspense. (A)

Download Prisoners in Digital HD/4K from the iTunes store. 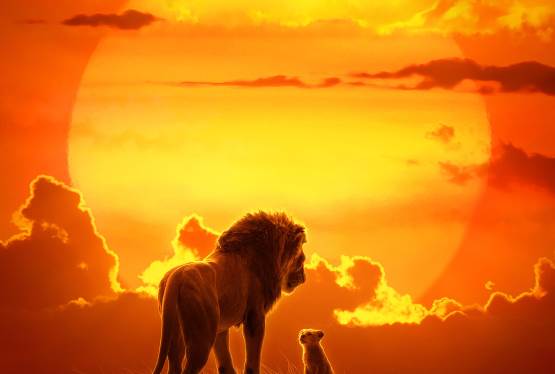