The movie does start off slow but gains momentum throughout and ends on a high note.  There are also a few laughs for the whole family to enjoy. 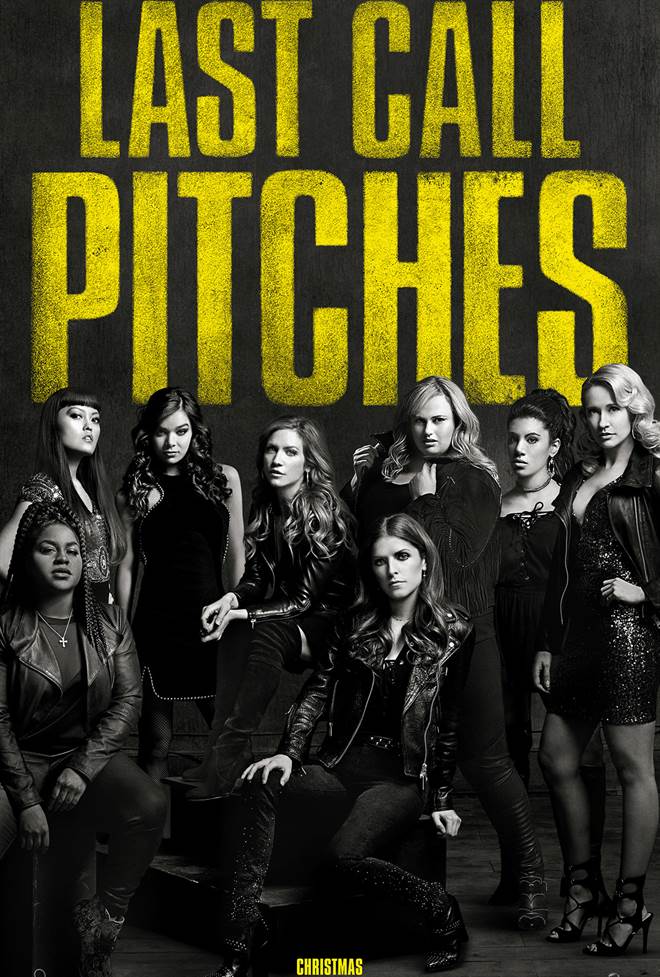 Five years ago, the world was introduced to the Barden Bellas, a college acapella group that had the goal of regaining past glory and winning a national title.  Three years later, we got the sequel when the Bellas set loftier dreams to include an international stage.  Now we have the last installment in the trilogy, as Pitch Perfect 3 heads to theaters just in time for the holidays.  This time, the Bellas reunite to sing together as they struggle in the real world as college graduates.  As they head off on a USO tour of Europe, they must deal with the reality of the people they have become.

Becca (Anna Kendrick; Up in the Air) is a music producer who is tired of compromising her artistic integrity for a paycheck and impulsively quits her job.  Chloe (Brittany Snow; Hairspray) is working for a veterinarian and hoping to get into vet school herself.  Aubrey (Anna Camp; True Blood) is still at the same awful campground job she was at in the second film and Fat Amy (Rebel Wilson; How to be Single) is unemployed and basically living off Becca as they share an apartment in New York.  When the Bellas reunite for a gathering they come up with the idea to tour with the USO and embark on a journey not only of Europe but also self-exploration.

Once on the tour, the Bellas discover it is once again a competition they have entered and the grand prize is a recording contract and tour with DJ Khaled.  As per usual, every attempt they make to impress the DJ falls flat and they end up struggling to make an impact.  Meanwhile, Fat Amy's criminal father (John Lithgow; 3rd Rock from the Sun) shows up under the guise of wanting to reconnect with her but his reappearance in her life is really much more sinister.  In the end, Becca and Fat Amy end up saving the Bellas from Amy's father, Becca's dream comes true supported by the Bellas and the other members of the group find their passion and come up with plans to break them out of their post-college rut.

Kendrick is a force to be reckoned with and the depth of her talent seems limitless.  She is perfect to play Becca as her acting and vocal chops are top-notch.  Wilson always delights as the inappropriate and annoying Fat Amy and while I generally find her character to be stupidly obnoxious, her usual "schtick" seems to get toned down as the storyline involving her father takes shape.  The rest of the cast is as delightful as ever and it is obvious these ladies have a great working relationship in real life.  Honorable mentions have to go to Lithgow, who is always amazing, and Ruby Rose (John Wick: Chapter 2) who brings a rawness and grittiness to the antagonist role.

One of the other main characters is the musical performances and they do not disappoint.  With a lot of varied musical genres showcased, there is something for almost everyone. The choreography and vocal arrangements are intricate and polished and it is obvious that a lot of production value was placed on these scenes.  It's also interesting to note that this time some of the Bella's competition uses musical instruments, which adds a new element to the performances.

While not Oscar-winning material, the Pitch Perfect series is nothing if not fun and this third installment continues that tradition.  The movie does start off slow but gains momentum throughout and ends on a high note.  There are also a few laughs for the whole family to enjoy.

For anyone who enjoys these movies, Pitch Perfect 3 wraps up the trilogy with a nice big bow this holiday season.

For more information about Pitch Perfect 3 visit the FlickDirect Movie Database. This release has been provided to FlickDirect for review purposes. For more reviews by Allison Rose please click here. 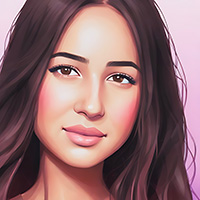 Victoria L Hanson
Pitch Perfect 3 was an exciting movie which introduced many new aspects of the characters that we haven’t seen before. It shows them as more mature in the ways they approach the situations.
Full Review | Grade: A