Purchase:   DVD/Blu-ray/4K UHD
I missed the 1984 TV show by about 5 years: being in high school placed me outside the zone where I'd watch it. I was aware of it though: a Saturday-morning cartoon featuring overly literal names, the same formula bad guys again and again, and (I'll guess) a moral message embedded somewhere in each episode for the same reasons cereal commercials try to convince mom there's something--anything--healthy in the box (note: the 'balanced' part of the 'balanced breakfast' relies heavily on all kinds of raw fruits and vitamins laden on the other side of the seesaw from the enormous mound of sugar in order to 'balance it out.').

So I knew that they were robots in disguise and more than meets the eye ... and I didn't much care. But it's hot. It's July. That means I was surely gonna go see it. So see it, I did. Now: I didn't know much about the characters but you'd have to be pretty removed not to know that Optimus Prime was the good guy and turns into a truck and Megatron is the bad guy (who turned into a gun in the cartoon ... and apparently required someone else to shoot him ... what kind of a 'leader' power is that!?).

But I didn't know much else.

Fortunately, it doesn't matter: I'm not going to bore you with even a cursory plot synopsis. Instead I'm going to tell you directly what you need to know about Transformers.

1. It is a pretty darn good summer blockbuster movie.
2. It is not that good.

Pretty Darn Good
The war between good and evil begins on earth with a robot attacking a military base. Bay does the mil-porn in a first rate fashion. The spec-ops guys manage to be likable, competent, and sharp. The hardware is sexay. The AC-130 Spooky II (it's sister is the better known Spectre gunship) that kicks the ass of a Decepticon is one of the most terrifying mobile weapon platforms in the world and Bay brings it home in fine form. Even better: in Transformers the military guys get stuff to do. They aren't just helpless while the robots save the day--they get their own share of kills.

The kids (a high school couple) are cute enough and gawky enough to be entertaining: there's a wonderfully cringe-inducing bit of dialog where the boy's mom gets way too speculative about what he might have been doing holed up in his room--he's looking for something that'll save the world--while his girlfriend is hiding out nearby. They're done reasonably well and carry the movie well enough.

The robots are good. For one thing, Bay insisted that they not gain mystery mass. This was news to me: they get pretty big. But Bay (who felt that Transformers was a 'stupid toy movie' when it was first pitched) decided that he wanted some nod to reasonableness somewhere in it. This, to my mind, is the kind of smart move I'd expect from a director like Cameron. I'm surprised it came from Bay--but I'm happy for it. Their fights are fast and hard to follow. They're highly destructive. They look like they mean business.

Yeah: it's clear those are weightless CGI robots all over the place--but they chew up enough CGI scenery that it's easy to forgive it. The Decepticons are clever and evil (the writing on Barricade, the evil police car, says To punish and enslave rather than To serve and protect). There's a decent sense of power and mass to the whole thing.

And Yeah: the Autobots (who, um, turn into cars ... and trucks--remember, this cartoon-literalness here) are product placement all over the place. But if there was ever a good excuse, it has gotta be this.

The action works. The pacing doesn't falter and at 144 minutes it even seems quick. That's about the best compliment you can give a movie like this.

It Wasn't That Good
And yet. Well, for one thing, I kept asking myself 'What if James Cameron had made this movie?' I surely can't channel him but it's not like it's out of the question. Here are places where the movie is dumb and it could've been smart. Smart would've been far better reader--smart--if it'd actually hit really clever would've put this over the top.

1. Super-hackers are overused and poorly done. We're seeing a lot of 'the best hacker in the world' these days and they're all bad cliches (over weight, live with mom, temperamental). In this case the uber-hacker doesn't even do anything significant to the story-line except take up some time and be (very, very slightly) comical. The computer-nonsense is even worse. Why not do a few hours of extra homework and come up with something actually interesting for these guys to say ... actually, you know, intelligent?

2. The government agency that's above top-secret is goofy. Yeah, maybe they're science-nerds playing at being secret-agent-men but I don't buy that for a minute. It's clear they're just played for laughs--to ratchet up the humor a little. Make those guys actually behave like hard core secret agents or have the actual spec-ops guys remark that they really seem like a bunch of petty amateurs. Remember the government in E.T.? Bursting through the door in ghost-like hazmat suits? Barely seen (in the original) deploying through the forest with the camera focused on their guns? Moving so fast and with so little character they were like a malign force of nature more than actual guys? That's what the alien response team ought to be like. Anything less and we, the U.S. government, just aren't taking it seriously.

3. Smarter violence. Don't get me wrong: it's pretty smart. Bay made the animators pattern the combat off martial arts movies. That's not a bad way to start--but there are some places I'd have gone for smart instead of big and loud. Remember the fight scenes in T2 where the T-1000 just reverse-morphs instead of turning around ... and so on. Cameron spent a lot of time figuring out what a shape-changing robot might fight like. It think that could've been done here.

Example? There's a chase scene where two (valuable, innocent) humans are in an autobot being chased by a driver-less decepticon. If I were filming that, I'd have highlighted the fact that the car with mushy humans inside was limited in what it could crash through without injuring them while the pure-robot bad-guy had no such restraints. Thus, the good car would have to drive smarter. That would've been really interesting (and, in fact, we saw stuff like that in the epic motorcycle/truck T2 chase scene).

4. Be smarter about the moral. In a traditional Hollywood movie, when 'moral statement' is introduced in the beginning it'll be played out at the end. Often (and even worse) the movie doesn't get its own moral right! In the most recent Fantastic Four movie, the character who gets upbraided for being a solo-act saves the day at the end by being ... a solo act. In this movie there is a moral statement that gets reinforced--but in the end--well, let's just say that things happen without the stated 'necessary ingredient.'

This doesn't feel like a sophisticated take on overly-simplistic-moralizing: the movie is no where near that coolly cynical. In the animated Transformers movie there's a tragic death at the end. In this version, there is some hinting that maybe a good-guy could take one for the team. Whether someone does or not, I'll say this: if a 'family movie' introduces a moral-message (like FF's you gotta be a team player) this is essentially a high school football team coach talking to you.

That's fine--but if the movie is going to contradict that vision (superstars who are selfish jerks really do dominate in some sports--no matter what 'coach' would like to think) that movie must carry subtle undertones of that all the way through before building to a dark crescendo at the end where it actually makes the point that locker-room slogans are really best for winning football games and our real, adult lives are more nuanced.

Transformers is not that movie. Neither was Fantastic Four. If a film is going walk away from its premise for an upbeat or flashy finale, it is weak. Worse, it's pandering--see the bit at the beginning about selling sugary cereal to mom by claiming something in there beyond the box is actually good for you (maybe the toy? Probably.).

So I'd have ditched that if I were Bay.

5. Family friendly means there has to be some bodily-function joke to keep 8-year-old boys entertained. So there is at least one. I could live without that. While we're at it, the 'characters' of the Autobots (cursory as they are) to reek of 80's stereotypes. I'm pretty sure that one of them is the "black dude" and he's the "break dancing autobot" (and he's the one that gets it). It's plausible that they learned to speak English, as they say, from the Internet--but if that was true, their dialog would be horrific.

Optimus Prime: DIE NOOB!!
Megatron: Im In UR BASE, STEALING UR CUBE!
Bumblebee: OH NOES! THEY BE TAKING MY CUBE!!
Megatron: ST4RS[REAM! U HALF FA1LED ME! L4MR!
Starscream: NOES! EYE IS L33T!!
Sam (the human kid): "Lord? Can they all die?"

Interestingly Bay originally wanted to have the robots be silent. This would've been a good move: I was most impressed with Bumblebee who speaks (initially) only with songs off the radio.

Conclusion
In company with other big-budget summer action movies, Transformers delivers the goods. It deserves the big screen. Its pushing-the-envelope computer effects (Dreamworks had to upgrade their server farm and it still took 38hrs to do one-frame of the movie) are flashy enough to rock the house. But it wouldn't have taken, you know, 39 hours per frame to make it smarter. Maybe a little darker. I think in the end, playing to the fan-base (who are all in their 30's now) made a movie that (in family-friendly style) combines the average of what appeals to the two age-ranges rather than the best. I think and despite its big and shininess, while it is a fun movie, it's something of a missed opportunity for greatness.

NOTE: They are making two more. While I have little expectation that it'll take a turn for the more sophisticated, there's always that chance.

Purchase your copy of Transformers today at

Download Transformers from the iTunes Store in Digial HD.

For more information about Transformers visit the FlickDirect Movie Database. 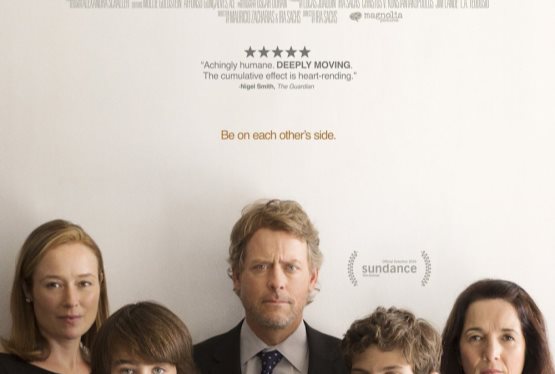